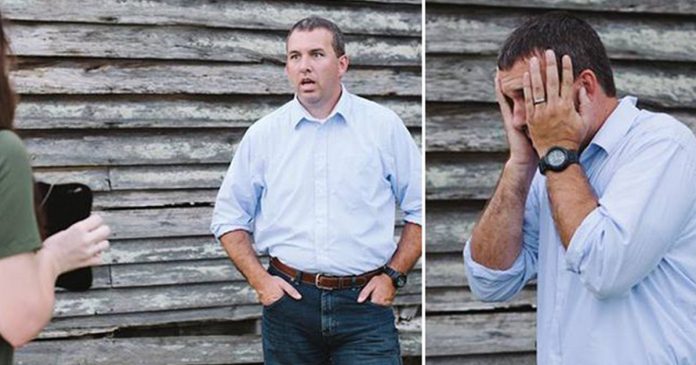 Whilst good news can come in all sorts of forms, a mother-to-be made sure news of her and her husband’s first baby was delivered in the most memorable way possible. Under the pretense of a photo shoot to celebrate their first year of marriage, her husband obliged to take part, but had not an inkling as to what he was about to face.

For nine months, Kellyn and Eric Wilkes had been trying for a baby, and at long last, Kellyn was finally pregnant … a secret she kept to herself whilst she conceived a plan.

The 30-year-old mother-to-be had contacted photographer Callie Beale, and the two had agreed on the best way to announce the beautiful news 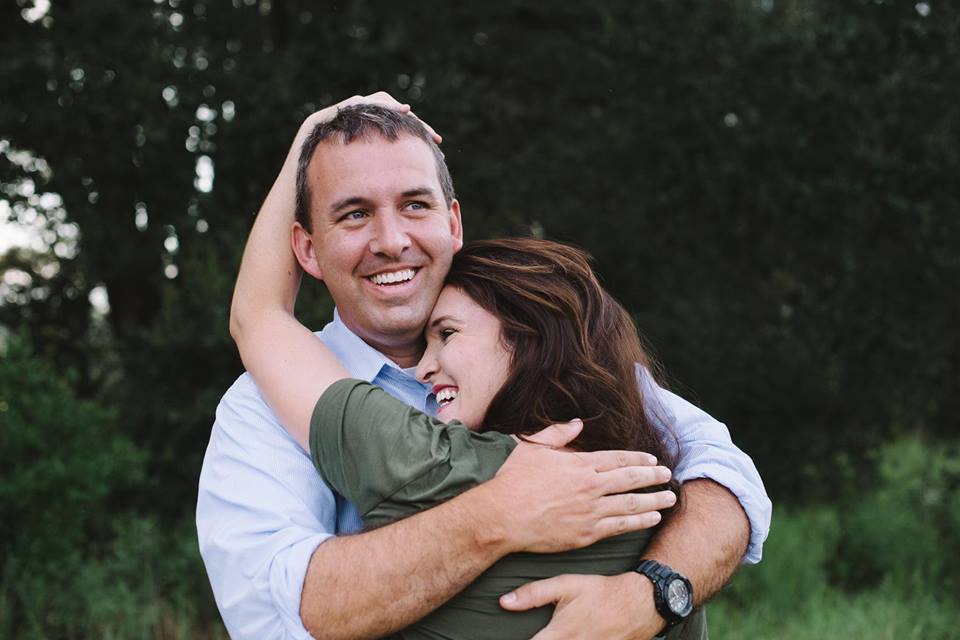 Kellyn convinced Eric, 36, to partake in a photo shoot with her, saying it was to celebrate their first year of marriage.

The two tied the knot in December last year, so their photographer, Beale, asked both Kellyn and Eric to each write one word to describe their first year of marriage on a chalkboard. The idea was that they’d face each other, each would flip over their chalkboard, and Beale would capture their reaction.

Whilst Eric obediently chalked down his one word, “fulfilled,” he had no idea that his other half had broken protocol and written seven words.

“You’re Going to be a DADDY!” Kellyn chalked down 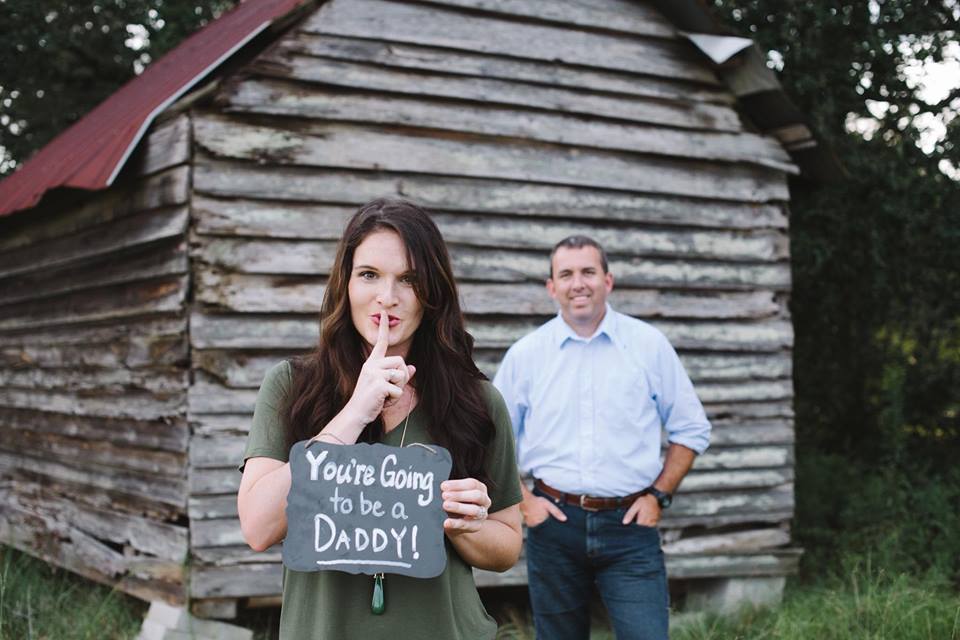 When it was time for Kellyn to flip over her chalkboard, we can see that this photo shoot was one to remember.

The look on Eric’s face as he read Kellyn’s chalkboard was an astonishing moment and a half—for he was absolutely not expecting that! 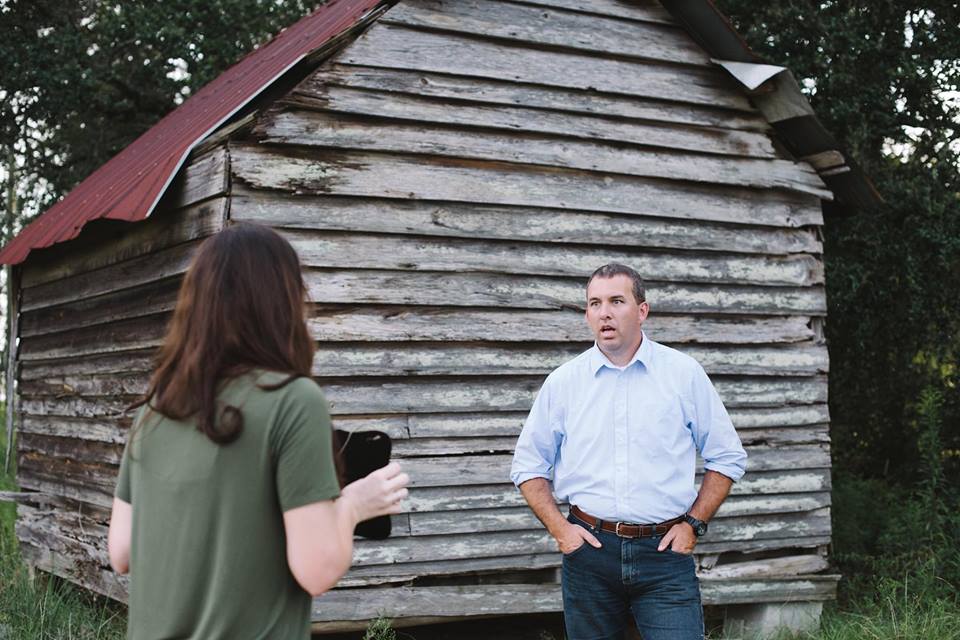 “It was one of the best moments of my life, for sure,” the mother-to-be, commenting on her husband’s reaction, told PEOPLE 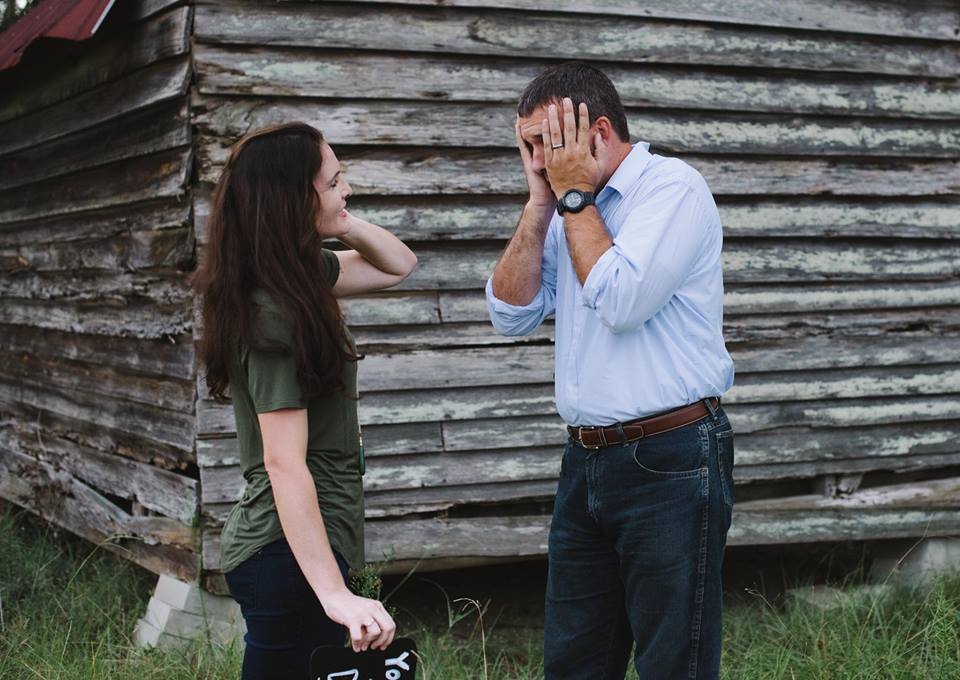 “He’s very smart and intuitive and difficult to surprise. So when I turned and saw his face, I knew that I had gotten him good. So that brought me a ton of joy” 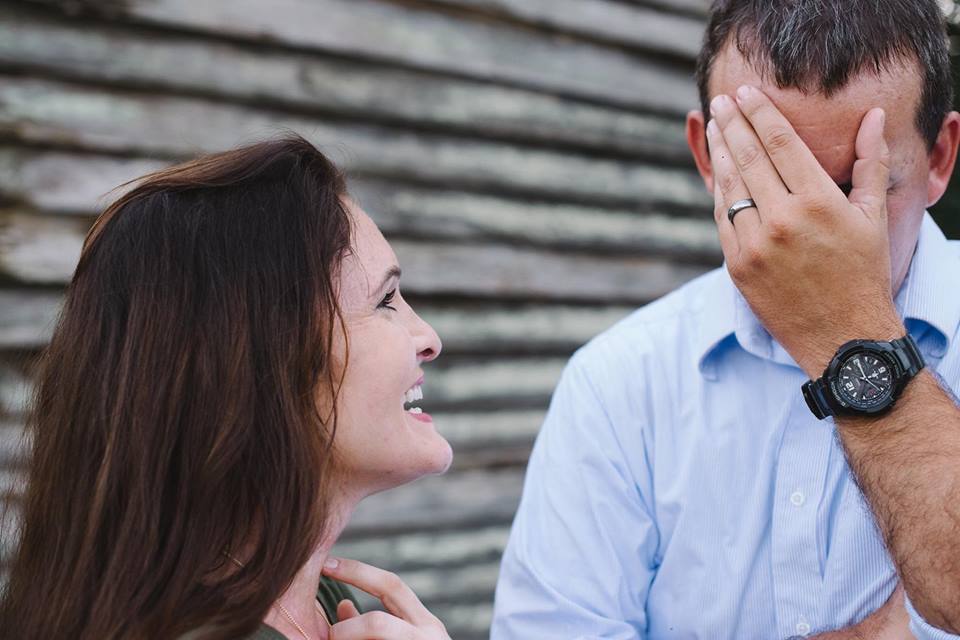 The surprise announcement needed a bit of absorbing, for Eric was still coming to terms with the fact that he was going to become a father 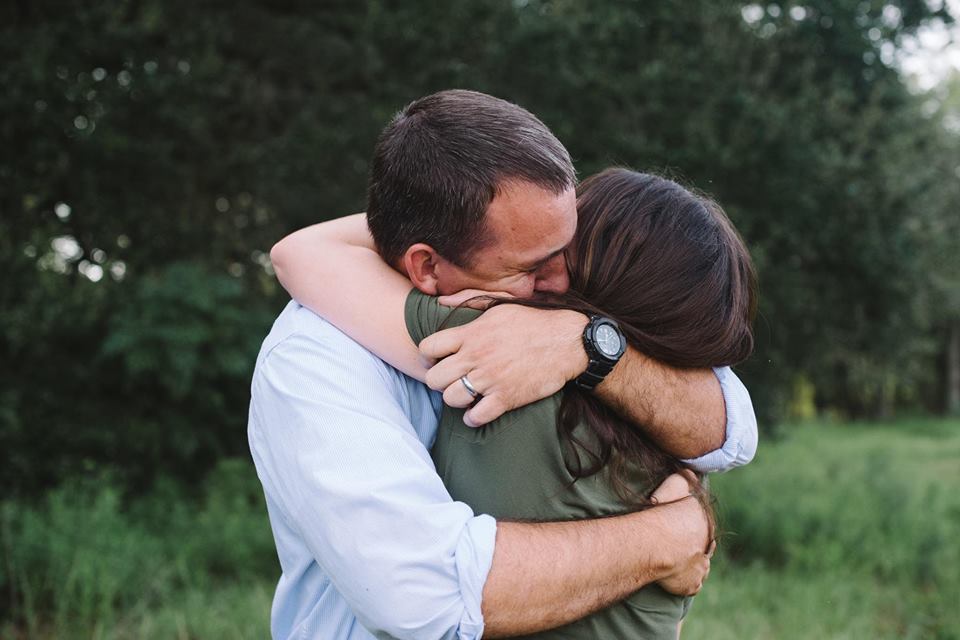 “He has wanted to be a daddy for a long time. We were trying and we both really wanted this so he was shocked and it took a while for [the pregnancy news] to set in with him,” Kellyn said 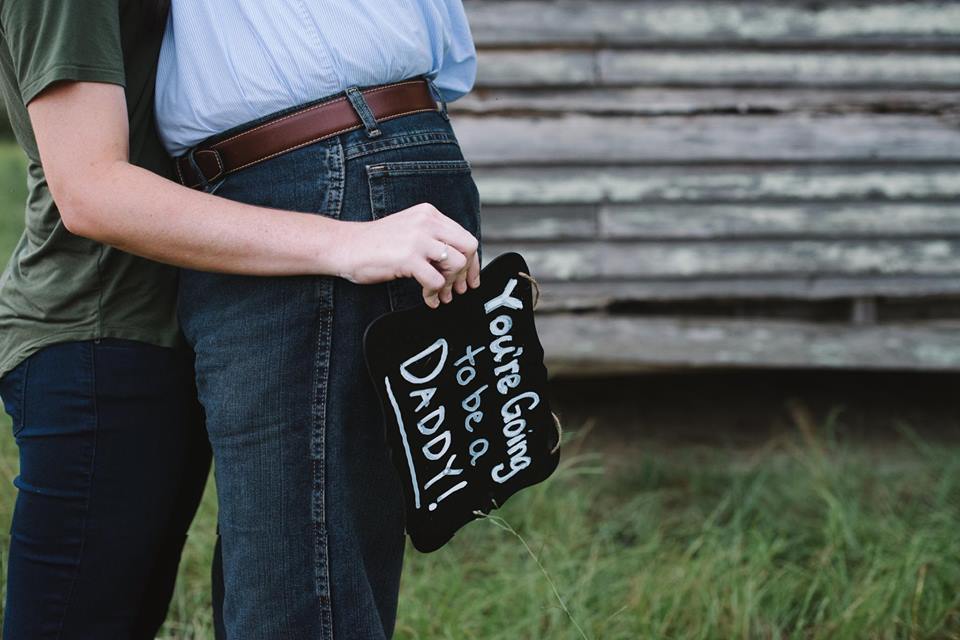 “We definitely did shed a lot of tears once it did set in. For the rest of the night he still was in a state of absolute disbelief and excitement” 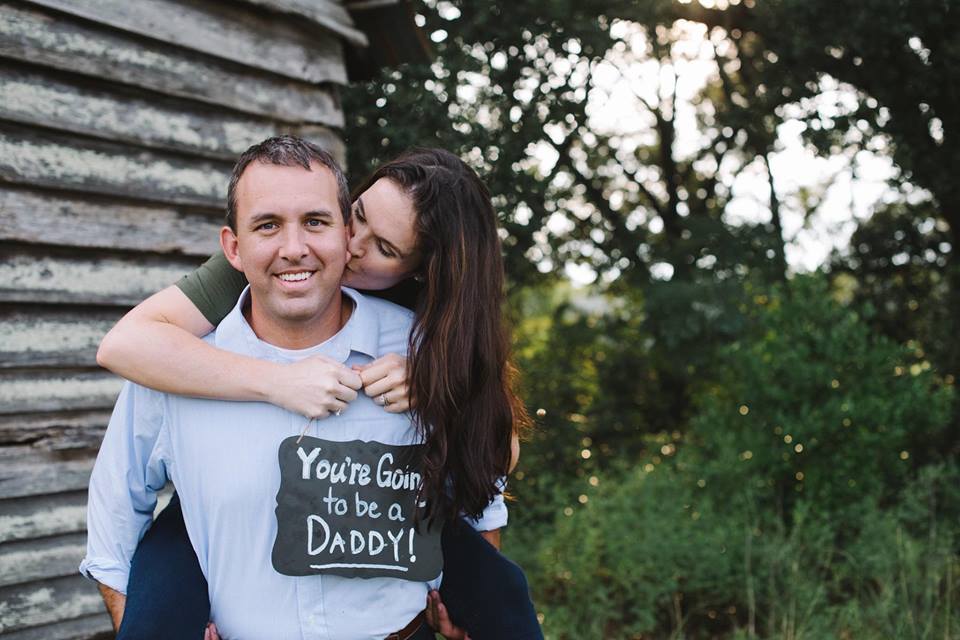 Congratulations Kellyn and Eric Wilkes, you’ve got some precious memories from that photo shoot, and we’re sure you’ll both have plenty more to come!