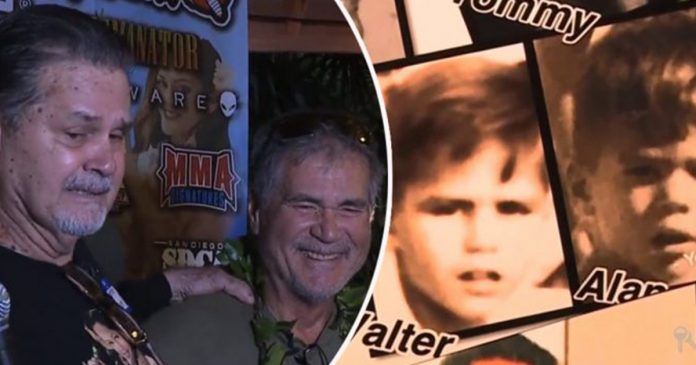 Walter Macfarlane and Alan Robinson from Honolulu met when they were in prep school and became pretty much inseparable ever since. They played football together in high school and described their friendship like that of a family bond. Now 60 years later with Robinson, 72, and Macfarlene, 74 they find out they are actually brothers.

Scroll down to see the video below: 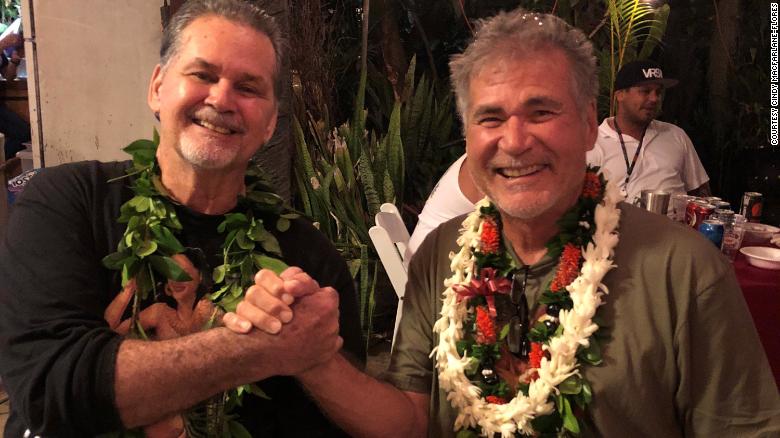 Robinson was adopted as a newborn and Macfarlane grew up never knowing his father. The two of them became instant friends when they met in 6th grade and have been inseparable ever since.

It wasn’t until recently when Macfarlane picked up a DNA ancestry test in hopes of finding his biological father that he stumbled upon something which came as an even bigger surprise. He found that Robinson was legitimately his biological brother. “I knew it when we compared hairy forearms!” said Macfarlane jokingly.

To which Robinson said “That’s true. How did we go for 60 years without knowing we were related? It took those DNA tests and some really good sleuthing by our families to put it all together.” 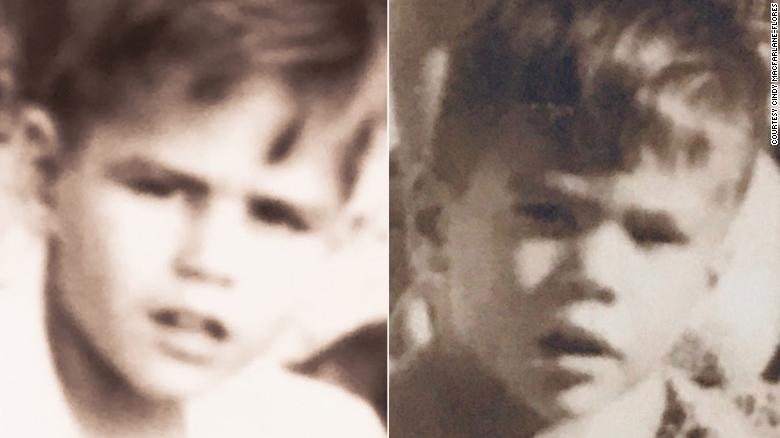 Walter Macfarlane was born in 1943 which was a chaotic period in time as Honolulu was still recovering from the aftermath of the Pearl Harbor attack.

Genevieve, Macfarlane’s biological mother wanted to give him up for adoption but her parents found out and decided to raise the child as their own. It is a Hawaiian practice in which a family can informally adopt a child called ‘hanai’ and so Macfarlane’s grandparents decided to do just that.

Alan Robinson was born 15 months after Macfarlane’s birth and was given up for adoption immediately. Therefore he did not know either of his biological parents but said that “it was great for me. I was raised by the best people you can imagine. But when I had my own two children I did wonder about family history, because I can never answer any health questions on official forms.”

Walter and Alan in their high school football team 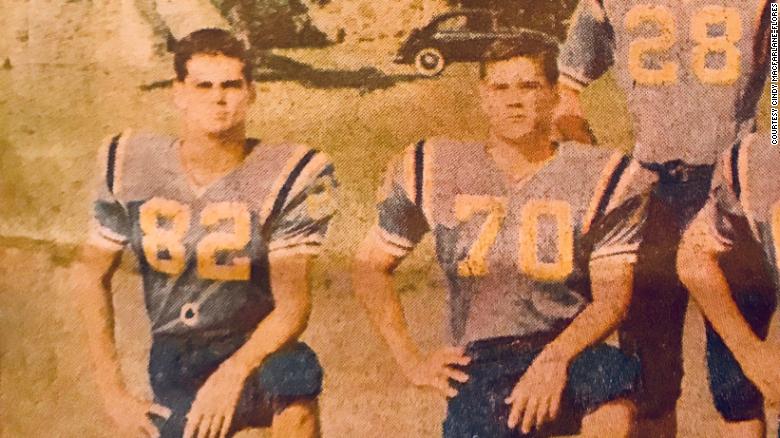 They lived only a few houses away from each other and grew up as best friends. Decades later when they had families of their own they were still so close that they went on family vacations together so their children grew up close as well. A few yeas ago Macfarlane received two set of DNA tests for his birthday, one from 23 and Me and one from Ancestry.

The results came back and showed about 800 people he might be related to and he thought that was “sort of neat”. His daughter Cindy then looked at the results and sorted through them to find the highest match rate. She found the user Robi737 to have the strongest DNA relationship which the test said would be a half-brother.

They were exhilarated and wanted to find out who the user was. Martha, Macfarlane’s wife, had an idea and told her daughter “Have Dad ask Uncle Alan because he flew 737’s for Aloha Airlines and everyone called him Robby back then.” A phone call to Robinson confirmed that surely enough he was the owner of that username. It was celebration all around as the pair of best friends found out they shared the same mother!

Since their families were already so close to begin with the dynamics of their relationship has not changed much as they were practically brothers since the 6th grade.

Man planned to surprise girlfriend on her birthday but caught her...