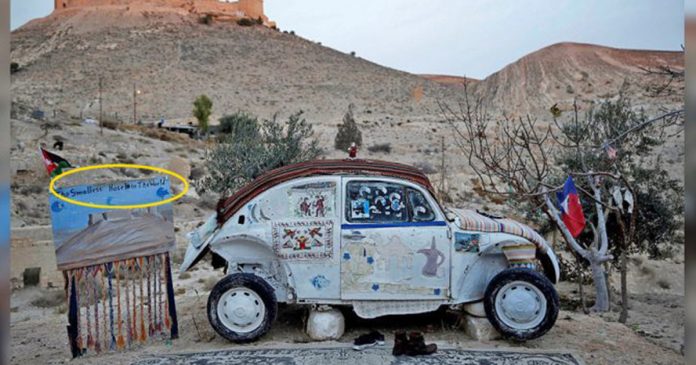 The thoughts that come to mind when people think about hotels are that they are luxurious rooms where one can book when travelling to new places or simply to getaway from the stresses of daily life. With the advent of websites such as Airbnb and HomeAway which allows hosts to rent out their homes to vacationers, hotels are seen as the more luxurious alternative when on vacation.

A man from Jordan turned this idea of a hotel on it’s head when he claimed he owned the smallest hotel in the world. 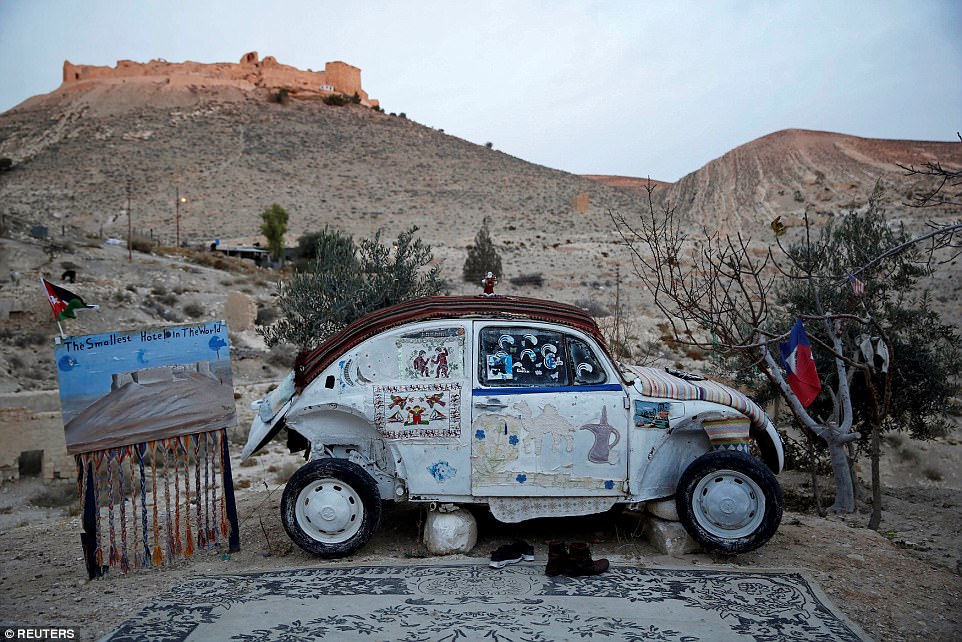 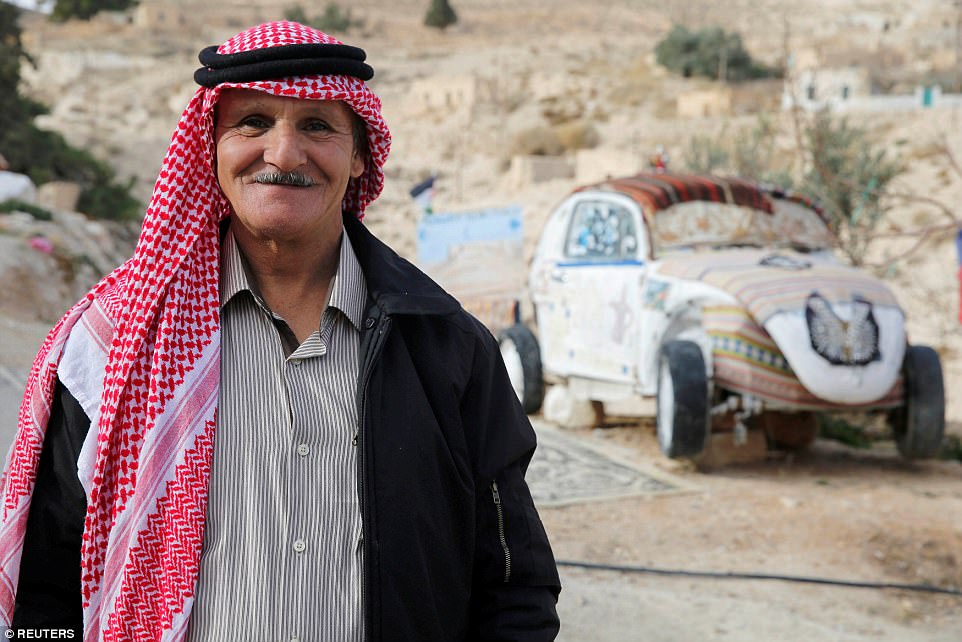 He then had to think of ways to increase his monthly income in order to provide for his family because his pension was not enough to cover their expenses. He put up a tent at the entrance of Shobak Castle to sell food and drinks as well as traditional jewelry to the tourists who visited the place. He then decided to get creative and in 2011 he stripped the insides of an old Volkswagen Beetle and turned it into what is now a quirky place to spend the night.

The cozy interior of the Volkswagen Beetle 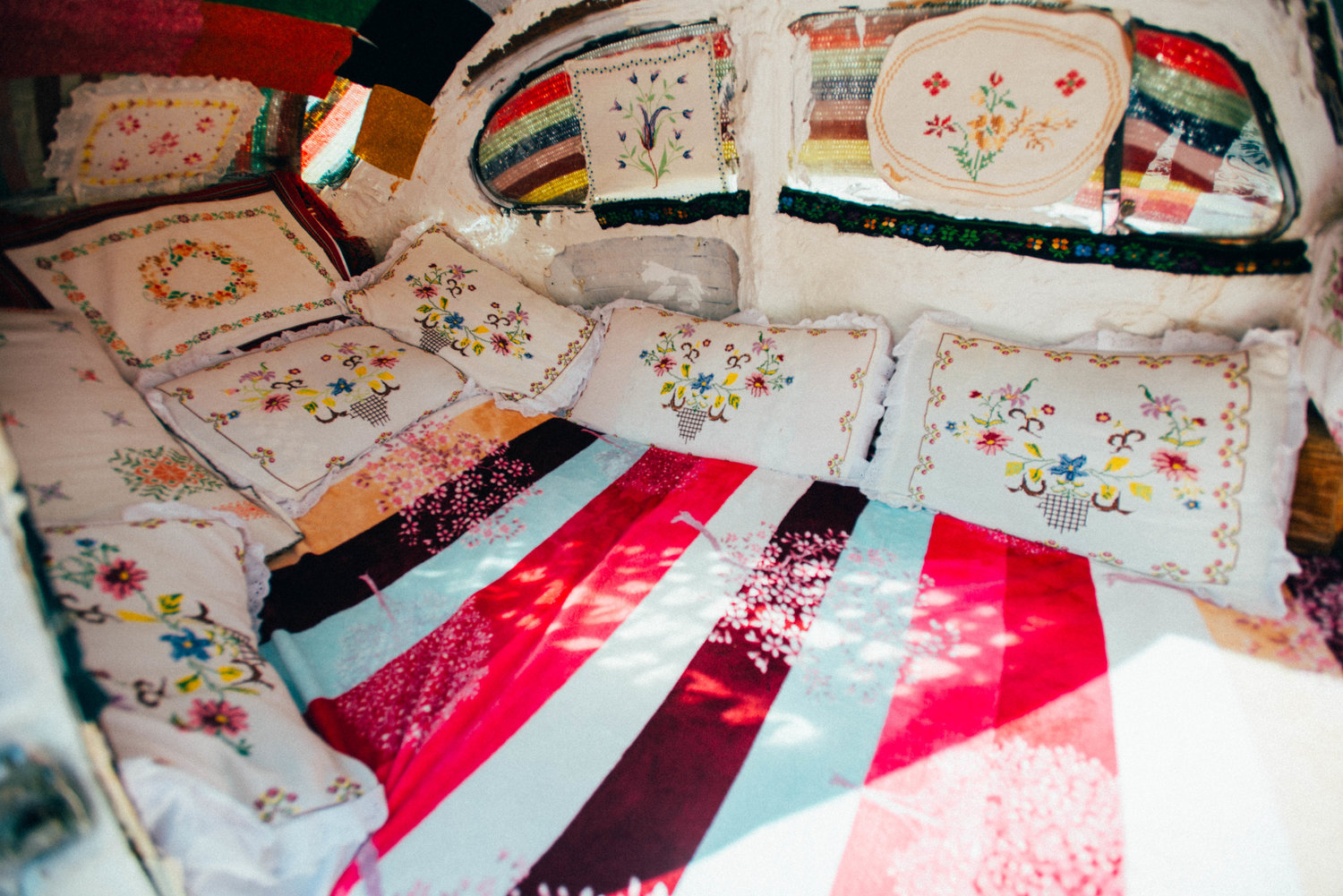 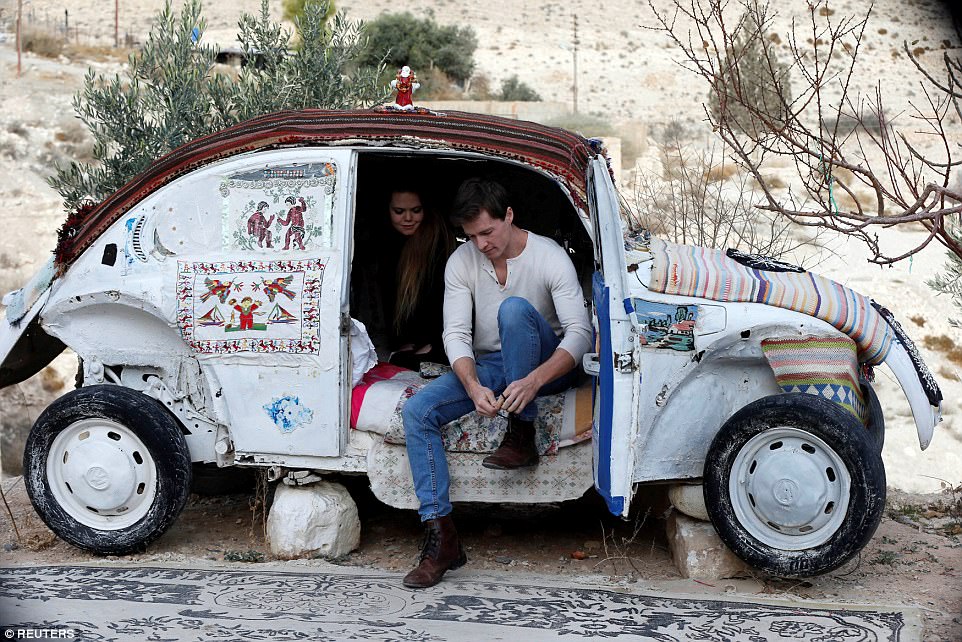 The interior of the car is decked out with hand-sewn pillows and quilts which make for a cozy space that can comfortably accommodate two people. Al-Malahim also has a ‘lobby’ situated in a nearby cave where he prepares and serves food for his guests and it has a reception area as well.

Al-Malahim told CNN “I wanted to start a project that improves the area’s situation and place it on the tourism map, because it truly overlooks some of the most beautiful scenery in the region.”

The image below show two tourists from the United States, Stafford Newsome and Kaitlin Taft who look excited to have the chance to experience staying in one of the world’s smallest hotels 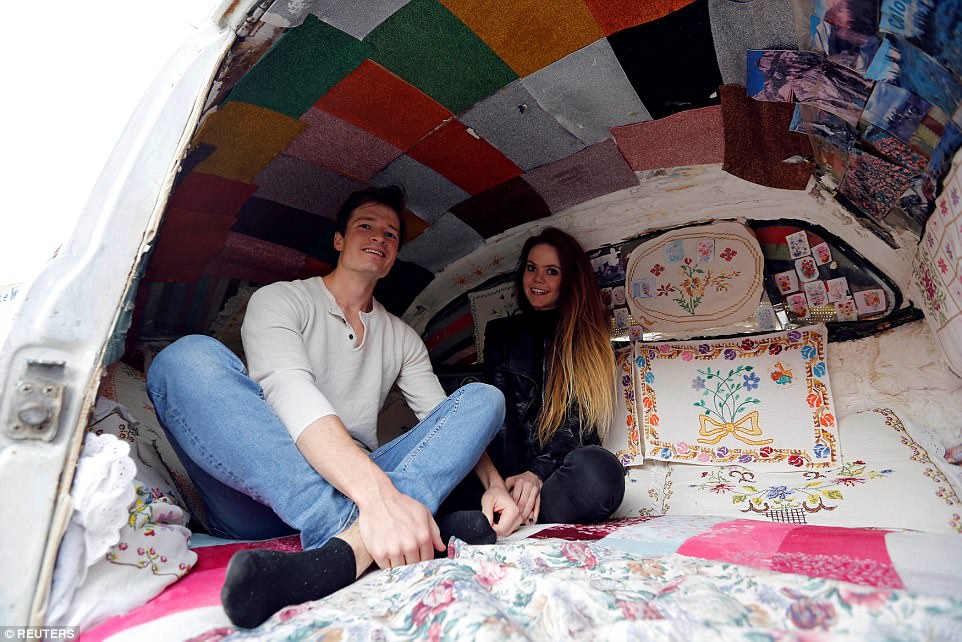 The smallest hotel which is officially recognized is not this unconventional Volkswagen room though. The title belongs to Eh’hausl hotel which is located in Amberg, Germany and is measured to be only 173 square meters wide. In addition to Eh’hausl, another notable mini hotel includes Hotel Central and Cafe situated in Copenhagen, Denmark. Here guests have access to a mini fridge, Wi-Fi and even television. There are two bicycles available if guests want to wander around the city to take in the sights. 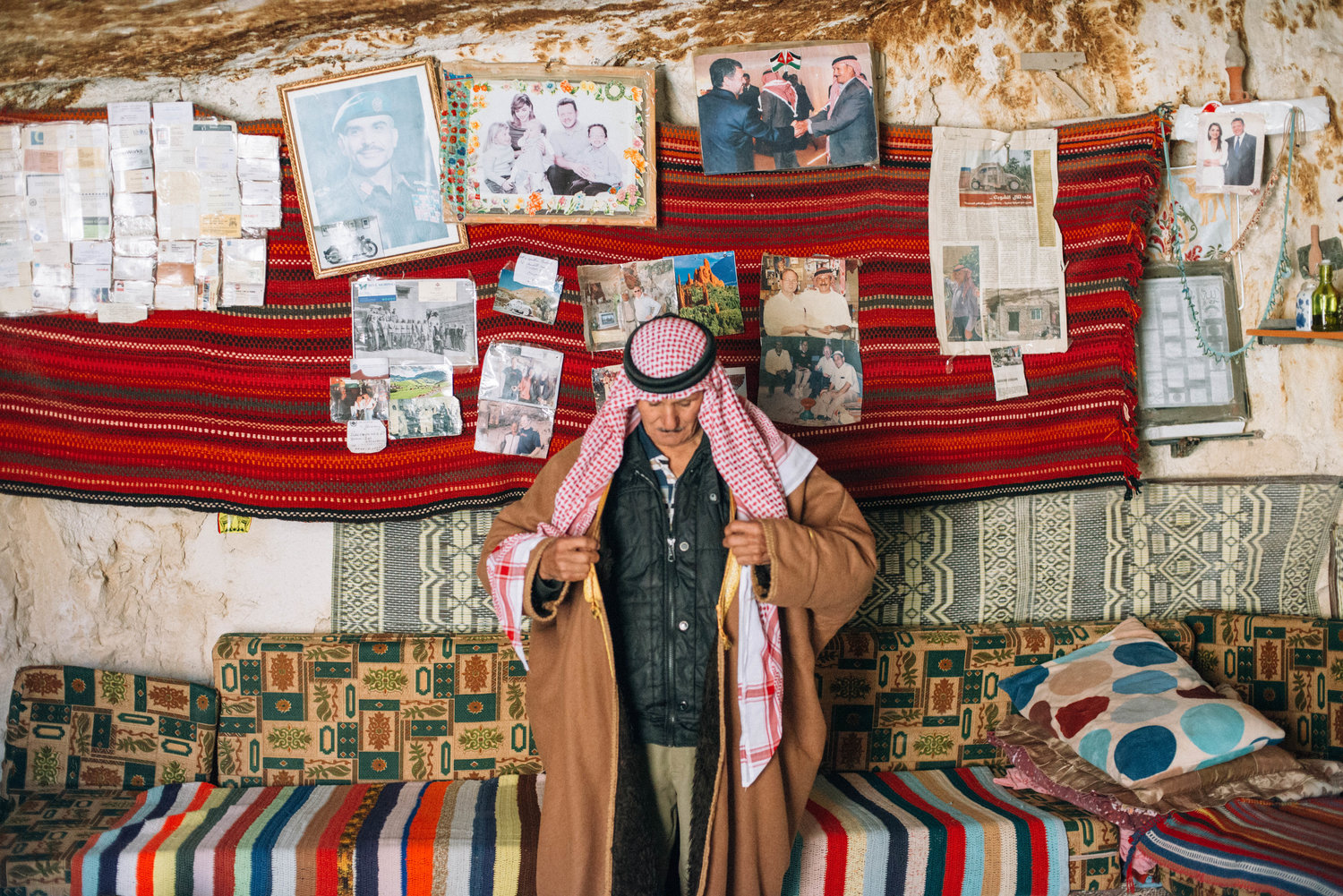 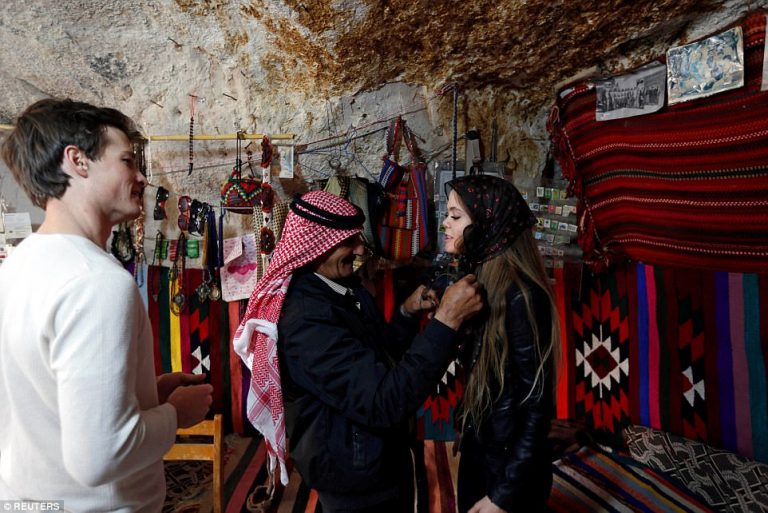 Al-Malahim preparing the guest’s meals in the cave lobby 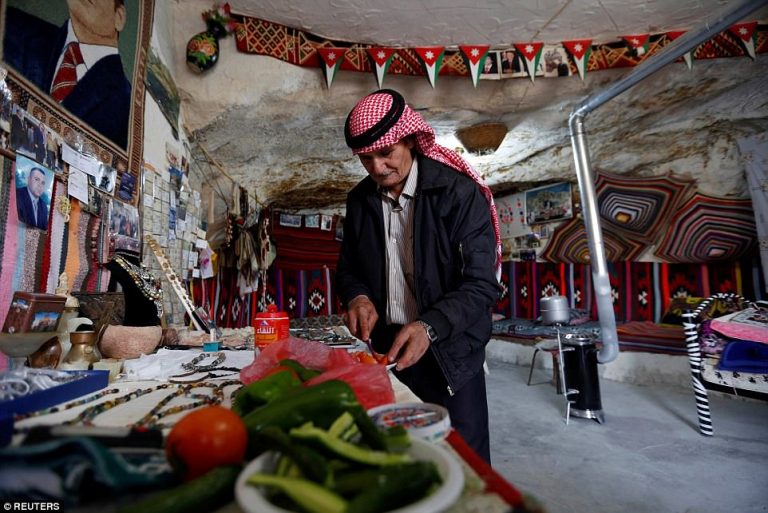 Although he can only accommodate 2 guests per night, he is determined to make them feel welcomed. Al-Malahim has plans to expand his quirky hotel concept by adding more Volkswagen ‘rooms’ so he can cater to more guests.

Guests sitting down to enjoy a feast prepared by Al-Malahim 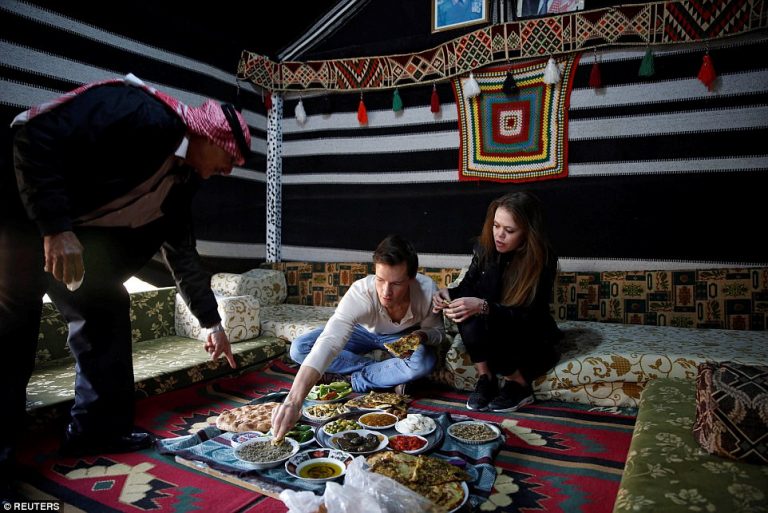 A poor father accidentally scratched a BMW so he left a...