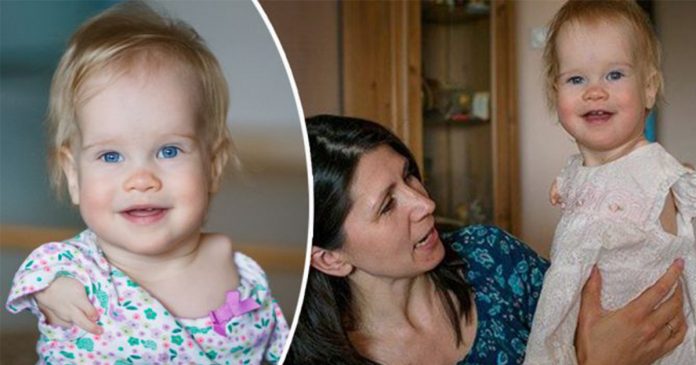 A baby girl born without arms was abandoned by her birth parents and later adopted by a mom of three. When she was almost 1 year old, her foster parents uploaded a delightful video of her online, which drew scores of praise for the inspiring tot. 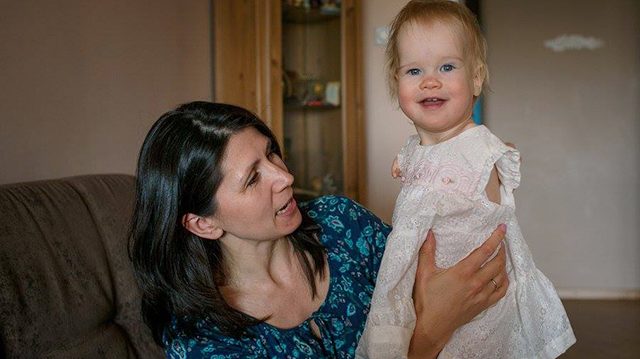 Vasilina of Russia is a happy child, and from her smiling face, no one would see that she was once a baby who was left at an orphanage by her birth parents because she’s armless.

Fortunately, a couple saw her photo on the internet and decided to adopt her, despite already having three boys, with one of them adopted

However, it was not easy for the couple, Elmira and Chris Knutsen, to adopt Vasilina due to Chris being an American, even though Elmira is a Russian citizen. They managed to adopt her after the court ruled in their favor at the last minute.

“When we first brought Vasilina home, she smiled all the time,” Elmira told Pravmir

“Then she started throwing tantrums, which was actually a good sign. It meant that the stress of the orphanage was fading away. After all, she was not even used to being picked up. You see, people tend to adopt children without arms or legs even less often that [sic] children with mental or psychological disorders.”

Vasilina was not the first child with a disability that the couple adopted. The couple’s adopted son, Denis, was also born without hands and now wears prosthetics.

“At first, we didn’t want to adopt Vasilina. We thought we didn’t have enough energy or patience to deal with the three children we already had,” Elmira recalled

“We thought, maybe, someone else would take her, so we just kept looking at her photograph and praying for her with all our might.”

Denis wanted to have Vasilina, and the couple’s two biological sons, Radik and Aidan, also wanted a sister, but the former wanted a girl that has arms.

But Radik changed his mind when Vasilina was brought home

“Yet how much did they love Vasilina from the very moment we brought her home!” Elmira said.

The boys would even compete for Vasilina’s attention

“Right now the elder two are at camp, but usually the kids literally fight over her,” Elmira said in November 2016.

Though Vasilina does not have arms, she is a very determined child who has learned how to walk with help from her parents.

On Oct. 12, 2016, Elmira uploaded a video onto her Facebook page showing Vasilina learning to eat using her feet.

The video soon took off, and the young tot became a little sensation online

The video shows Vasilina using her toes to grab her fork, before slowly moving it towards her mouth for a bite. Whoops, nearly! Although her first attempt didn’t go as planned, Vasilina refused to give up and used her left foot to adjust the food on the fork before trying it again and finally succeeding. 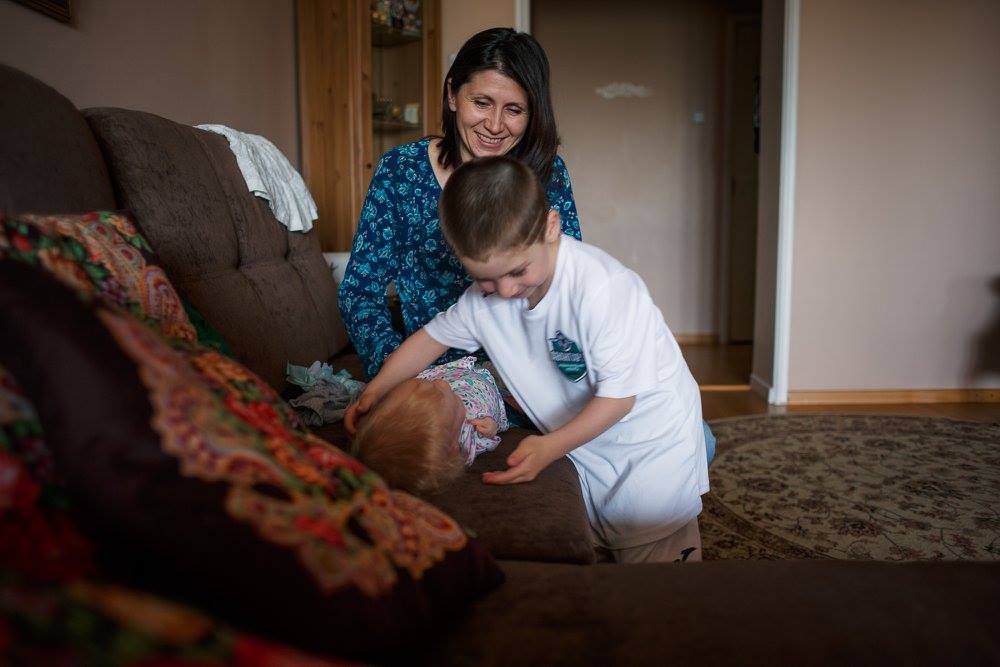 Seeing such a determined toddler, it’s no surprise that everyone is praising her after watching the video.

And here’s that video: