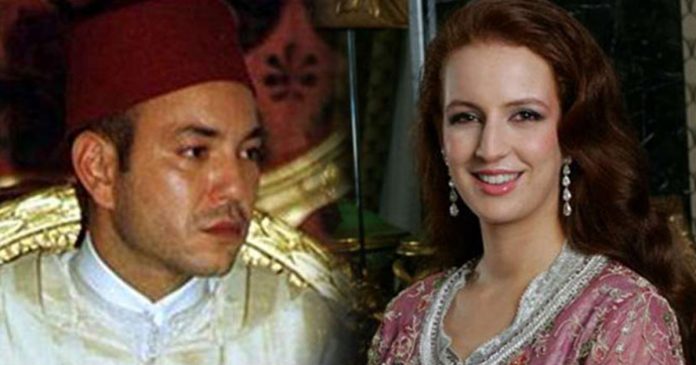 Salma Bennani was born in Fez, the cultural capital of Morocco on the 10th of May 1978. In 1999, when she was 21 years old she attended a private party which changed the course of her life forever. That was where she met a man who would become her future husband. He was no ordinary man though as he was the one and only Crown Prince of Morocco, Mohammed VI.

It was love at first sight for the king-to-be because he was immediately attracted to the gorgeous redhead. Although it’s every girl’s dream to be married into royalty, Salma didn’t respond to him immediately because she was still in college and wanted to complete her studies first before committing to anything.

She had asked the king to wait and wait he did 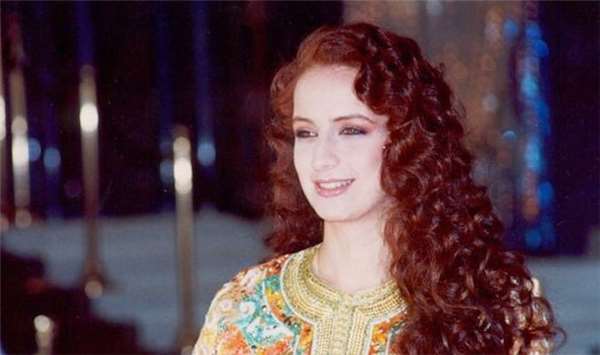 Salma had reportedly set up some ground rules before she agreed to the king’s proposal. One thing she was firm on was to insist on a monogamous marriage between the pair. Although polygamous marriages in the royal family were seen as a normal occurrence because every monarch in Morocco has had more than one wife, King Mohammed had agreed to stay loyal to Salma!

That wasn’t the only break from tradition that had emerged from this union as the king also showed the world his bride. Traditionally, the wives of Moroccan Kings were private figures who were obliged to stay within the castle walls. Therefore it came as a shock when the Moroccan people opened their newspapers on the day of the royal union to find a tall, red-haired young woman who was to be their queen. 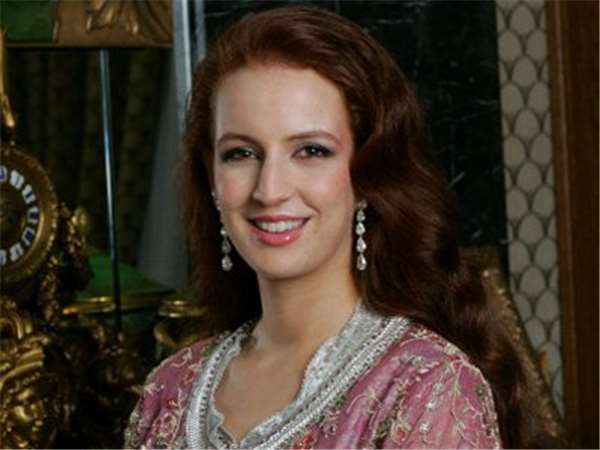 ‘Lalla’ is a traditional honorific for high-born and royal women which correspond to the western title “Lady” for noble women. In the Moroccan constitution there has never been a title given to the King’s wife, therefore it is a great leap for the Moroccan people to have a first lady who is given such high recognition.

Although Salma was a commoner who was born to a humble school teacher, Al-Haj Abdel Hamid Bennani and his wife Naima Bensouda, she grew up to be a brilliant woman. She attended a private school in her earlier years and went on to receive a degree in computer science from the National School of Computer Science and Systems Analysis. She also graduated top of her class and was the valedictorian for her year.

Although the king was taken aback with Salma’s precedents for marriage, he agreed to it as he believed it was the right time to bring Morocco out of its shell 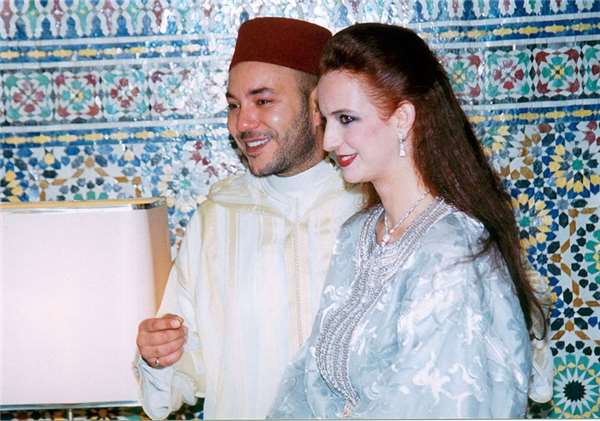 The only way to do that was to break out of the shadow of tradition which was followed by his line of ancestors.

King Mohammed VI was not as conservative as the past rulers of Morocco as he grew up with Western education. He is fluent in English, French and he has several academic degrees. All that has given him enough exposure to see that Morocco had to change for the better and he began by taking his wife as his equal.

Princess Lalla Salma is extremely passionate about the position of women in the country and found the systems in place to be an injustice to women. In the conservative country of Morocco women had next to no rights when it came to marriage as they had no say in marriage contracts and had limited access to divorce. She was determined to change the rules.

The royal couple held a private marriage ceremony on March 21, 2002 and celebrated extravagantly with days of festivities in July. Princess Lalla Salma donned beautiful traditional outfits and wore a veil for a portion of the function. She then let her luscious red locks flow and wore a sparkling diamond meander tiara for the rest of the celebrations. 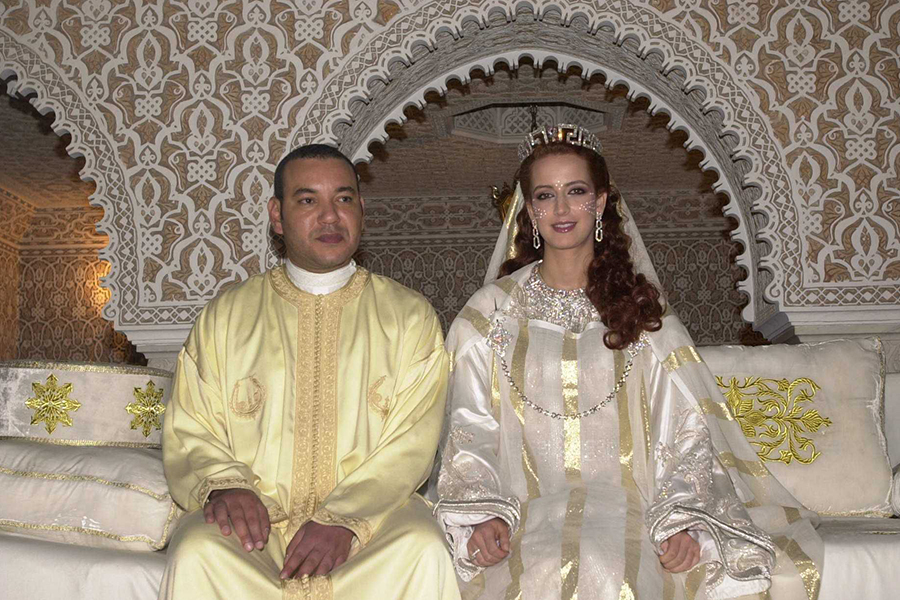 The king and his wife are definitely a power couple 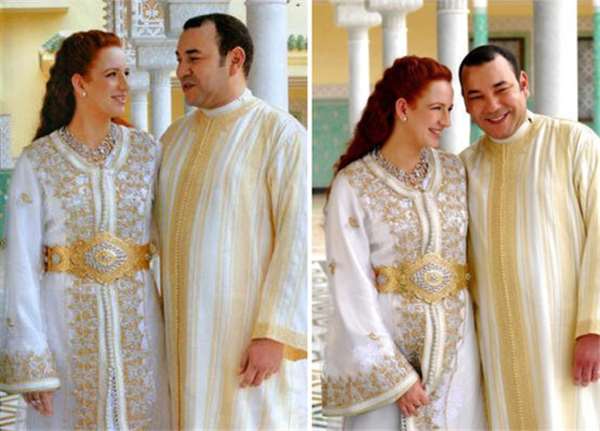 Both Princess Lalla Salma and the King often go on diplomatic business together. She also regularly represents Morocco at important events around the world.

In April 2011, she attended the wedding of The Duke and Duchess of Cambridge in London and in April 2013 was at the King Willem-Alexander of the Netherlands’ investiture 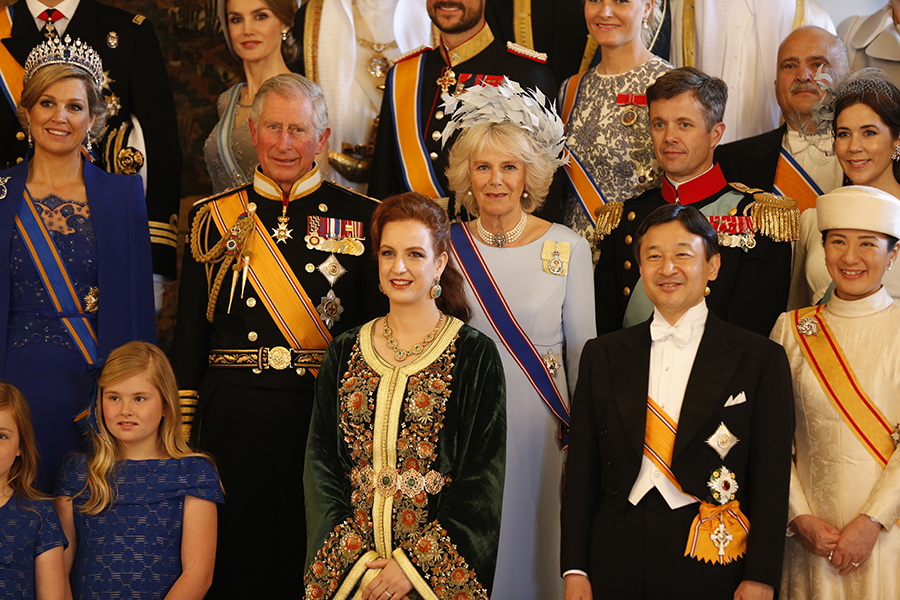 Princess Lalla Salma managed to break out of the Moroccan culture that did not care for women’s rights as she often appeared in public events right beside her husband. Little by little she started to change the way Moroccan women were seen and treated.

In Morocco which is a Muslim-majority country, it is the norm for women to wear the hijab which is a veil that covers their head and chest as it upholds the idea of modesty in the religion. Therefore it comes as a surprise to the common folk that the King’s wife is seen without a head scarf. 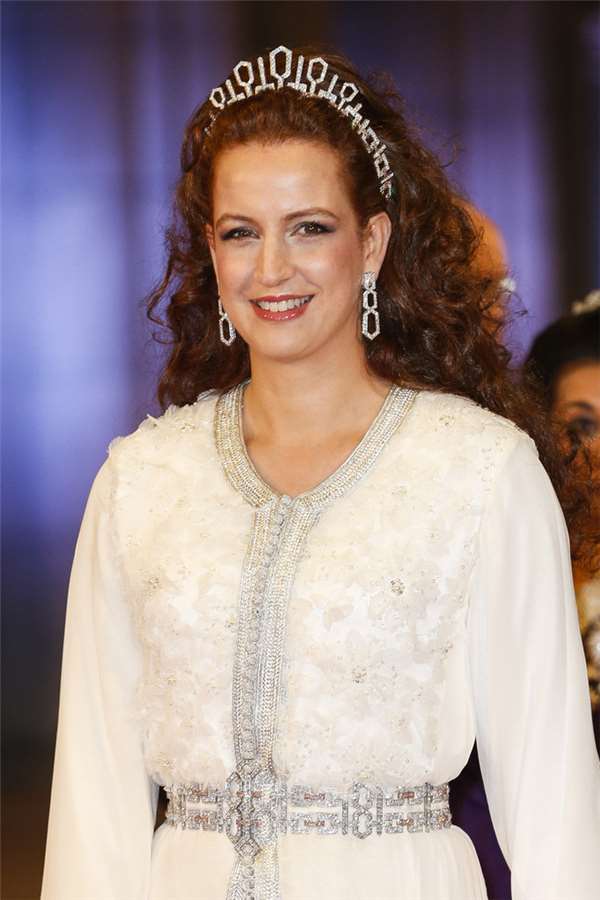 This whole union was a break from tradition as Salma was the first commoner in Moroccan history to be hoisted into the ranks of royalty through marriage. They were blessed with a son, Crown Prince Moulay Hassan, and a daughter, Princess Lalla Khadija. 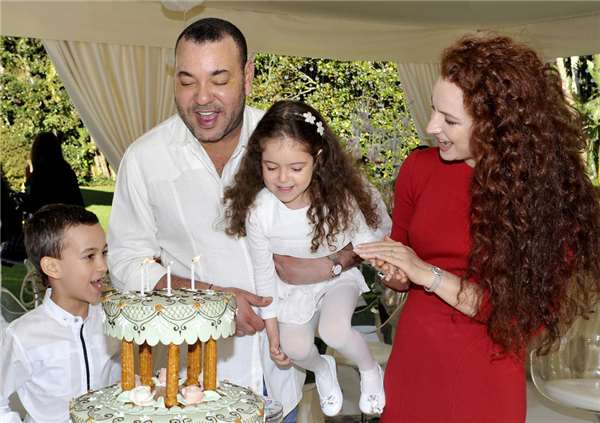 Princess Lalla Salma had initiated great change in the country for the better. She founded the Lalla Salma Foundation – Prevention and Treatment of Cancers to raise public awareness on cancer in 2005. 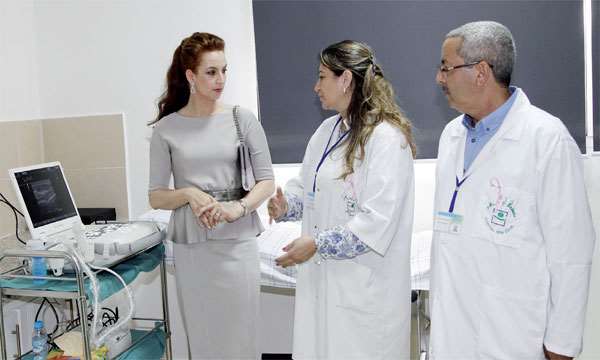 Besides that she is also deeply involved in the effort of HIV/AIDS prevention in Africa.

Due to her initiatives and actions she was awarded one of the most noteworthy awards in the Arab world, the Sharjah Voluntary Work Award 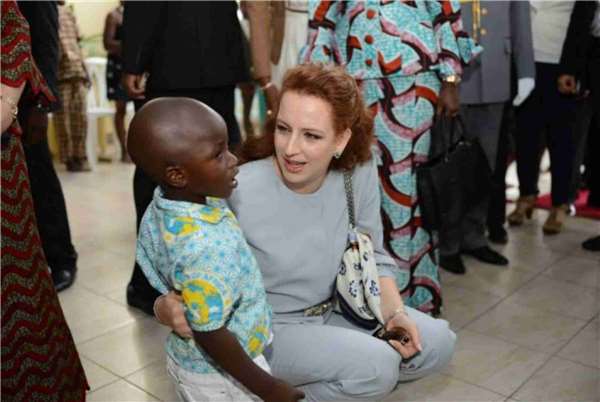 She follows her husband on diplomatic trips around the globe and does not look out of place whatsoever among the leaders of the world. 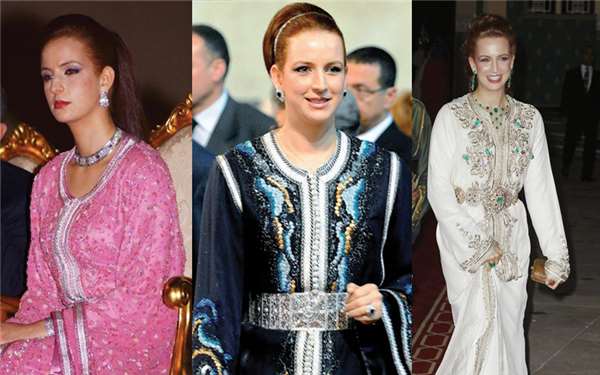 Although Princess Lalla Salma is not excessively involved in the country’s political scene, her presence has become a milestone for the Moroccan women 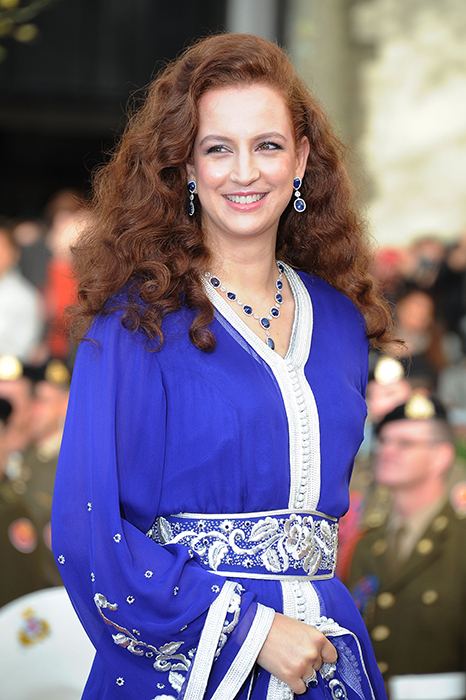 From commoner to first lady of the country, Princess Lalla Salma has helped in empowering women in her country as she symbolizes a new and brighter chapter for women.