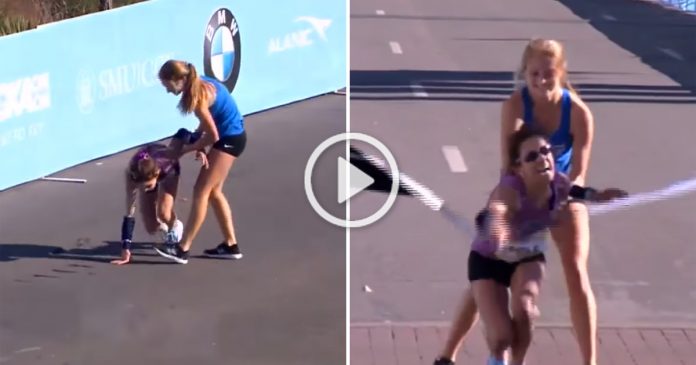 Chandler Self placed first in the women’s division of the BMW Dallas marathon with a time of 2:53:58. She had started to collapse a mere 200 yards from the finish line when a fellow participant, 17-year-old Ariana Luterman helped her finish the race.

She was running the final 200 yards of the race with Self when the older woman started to collapse during the final push towards the finish line. Self could not keep herself steady on her feet and fell to the ground multiple times. Each time her legs gave way, Luterman helped her up.

Scroll down to see the video 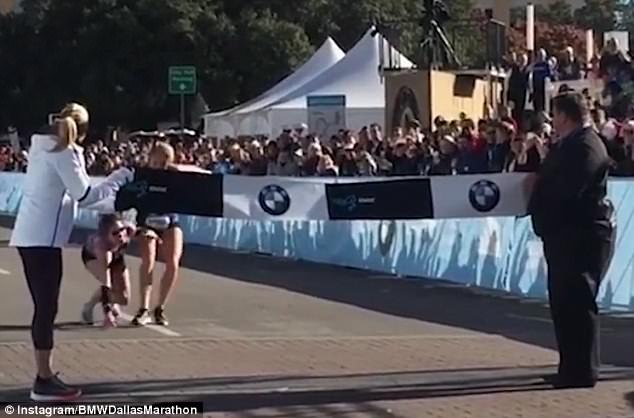 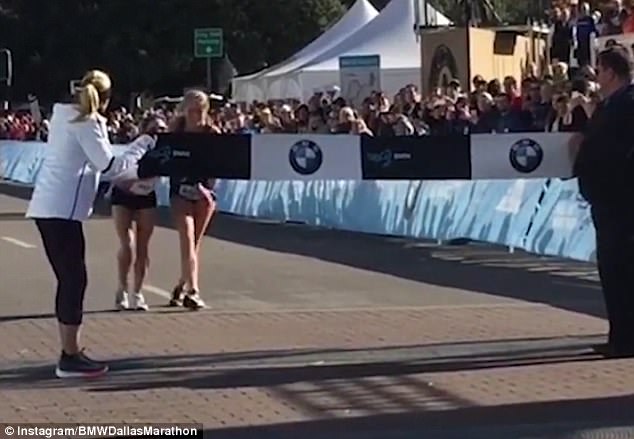 Self and Luterman were fast approaching the finish line when Self fell and as the video shows, Luterman kept giving her support in order for her to complete the race. Luterman then pushed Self forward which prompted the woman to lunge and grab the finish line ribbon.

The marathon safety and medical personnel rushed to Self’s aid once she had crossed the finish line. Though she was extremely fatigued and slightly delirious, the first question she asked in the medical tent was ‘Did I win?’

In the post marathon interview Luterman said the only thing she could do was to help Self who had initially tried to resist her aid by saying ‘No thank you’.

Luterman told the Dallas Morning News that moments before Self started to collapse she had said ‘Right when I caught up with her at the [relay team’s] 2.5-mile mark, I told her: “Just so you know, the high school relay is out here to compete with you guys. I’m going to be your pacer. We’re going to get you that win”. 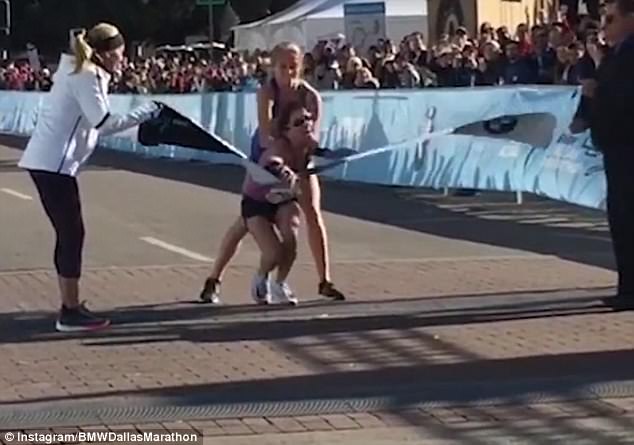 Self being escorted to receive medical attention after the marathon 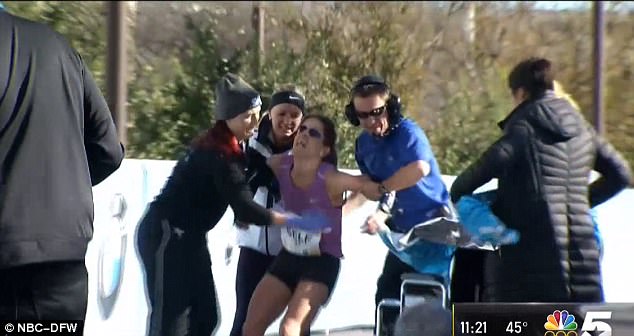 Marcus Grunewald who was the marathon executive director said runners cannot receive help from spectators, race officials or medical staff during the run, but ‘another participant is a gray zone’. Grunewald said they took into consideration the distance between Self and other participants and decided she still would have won without the assistance from Luterman.

‘As soon as we got to the finish line, I pushed her out in front of me so she could cross the tape before I did.’ said Luterman. Self was treated by the medical staff and returned for the post race interviews and recalled Luterman telling her: ‘You can do it. You got it come on girl, the finish line’s right there. We can see it’.

She went on to say ‘She was so encouraging, I knew she was right, and I wanted it so bad and this was just a dream for me.’

I think we can all learn something from this selfless act of camaraderie and sportsmanship displayed by Luterman.