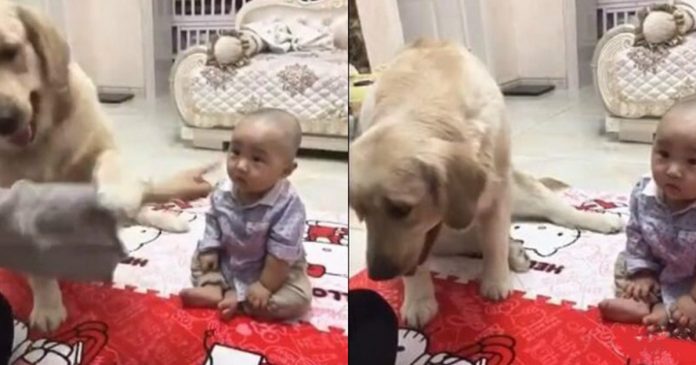 A netizen’s child accidentally made a mistake so she decided to teach him a lesson. Upon seeing his little owner was about to be scolded, Goldie decided to sit beside him…

When Goldie heard that little owner was about to be scolded, Goldie quickly sat beside him! 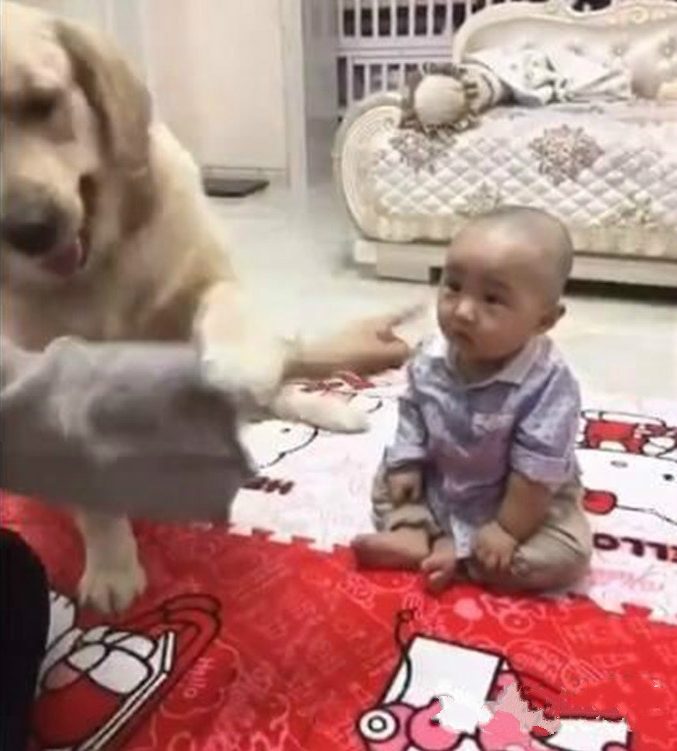 When the little boy was scolded and the owner started to pointed her finger to her son, Goldie quickly raised its paw as if to prevent the owner from scolding the little boy!

At the same time, Goldie seemed to be telling its little owner to be brave! 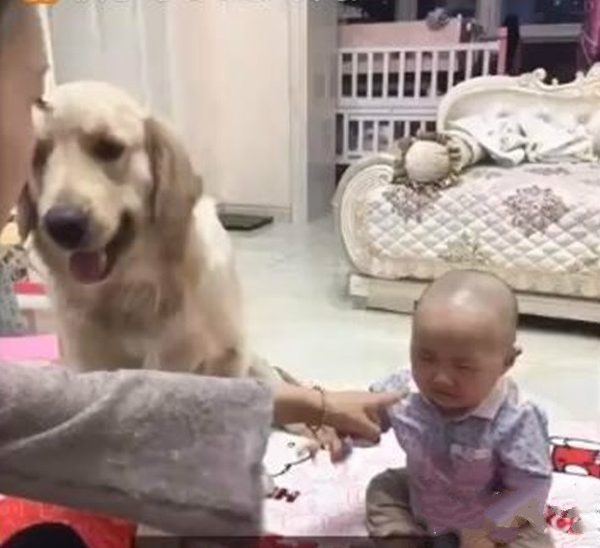 The netizen said that during the adorable secene, Goldie has been preventing her from scolding her son and she said that he did something wrong and needed to be scolded!

“Don’t you dare protect him!”, said the lady

Even after the owner kept pointing her finger to her baby son, Goldie did not stop from letting the owner from scolding the little boy.

The owner could not take Goldie’s attitude anymore and she shouted, “If you will not allow me to scold him, then I will scold you instead!”

Goldie tried protecting little owner but instead he got himself scolded as well. Look at Goldie lowering its head, looking sad and broken hearted after it got scolded by the owner. The owner was not wrong in the first place for trying to discipline her little son.

Little owner, if you are naughty again in the future, Goldie will not protect little owner again. It is to prevent Goldie from being scolded by the owner again.

Little owner, I can only protect you once. Next time if you are scolded again, you will have to face it yourself.

Isn’t Goldie’s act an adorable one? It is so loyal to its little owner and knowing that the little boy was about to get scolded from his mom, it decided to take the blame instead. We want a pet dog like Goldie as well! If you like Goldie’s cute attempt, why not click ‘Like’ and ‘Share’ this article with your friends and family! 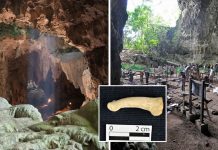 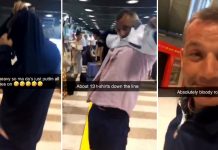 Man painstakingly wears 15 shirts and sweaters at the airport to... 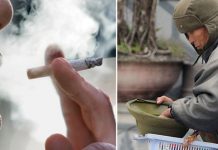 Rich man who loves to smoke, drink and gamble was always... 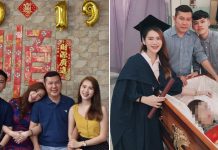