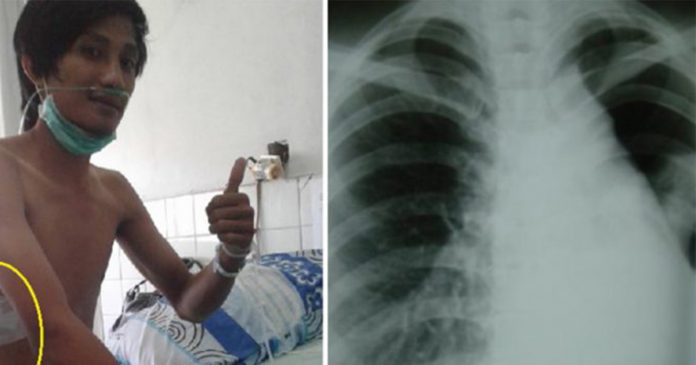 There are approximately 5 million smokers in Malaysia according to the New Straits Times. Even though the packets of cigarettes that are sold on the market contain disturbing images of the consequences of smoking on the cover, many people continue to smoke regardless. They proceed to smoke and damage their health and it is worse if they smoke in public places as it affects the people around them.

The health of the people who inhale second hand smoke indirectly is jeopardized because of irresponsible smokers.

Most smokers disregard the warnings on cigarette boxes because they believe that the case will not happen to them. In reality however, these health complications that arise from smoking can inflict anyone at anytime.

A young man from Indonesia named Agun Gunawa once thought this way as well, that he would never fall victim to respiratory diseases because of his habit of smoking

He didn’t think that his life could change so drastically in the way that it did.

Agun Gunawa is known to smoke one cigarette box finish in the span of two to three days which is considered relatively low as compared to some Indonesians who can smoke a few packs a day. His wife, Rossa Ocha recalls her husband’s ailments.

“In the beginning he [Agun] complained of chest pain, difficulty in breathing and difficulty in moving. It was frightening to see the pain that he had to face because he was incapable of doing anything. ”

The couple then went to the clinic nearby to get his illness treated. Though the doctor had prescribed various medication, the pain still lingered and did not go away. He then checked himself into the hospital for further treatment and the doctors suspected he had active and malicious cancer cells in his body and that was causing him the pain.

What was even worse is that he had tremendous lung complications as one of his lungs had collapsed.

A diagram explaining a collapsed lung 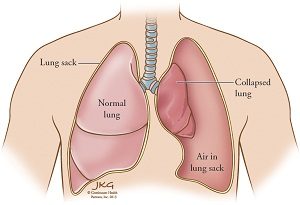 The condition called the collapsed lung or pneumothorax is a condition in which the space between the wall of the chest cavity and the lung itself fills with air, causing all or a portion of the lung to collapse. This was the case with Agun’s lung.

The young man’s problem was so bad the doctor’s had to insert a tube into his chest to cease the pressure and excruciating pain he was experiencing. This also allowed him to breathe a little better.

Agun in the hospital recovering well 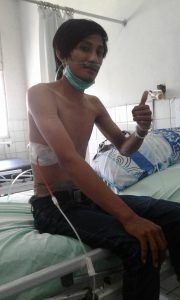 Five days after receiving appropriate treatment, Agun made steady recovery. He shared his grueling experience on social media in which his story was shared over 120,000 times with 62,000 likes.

After witnessing the terrible fate that Agun had experienced because of his habit of smoking, many people have taken him as an example and vowed to stop smoking altogether.