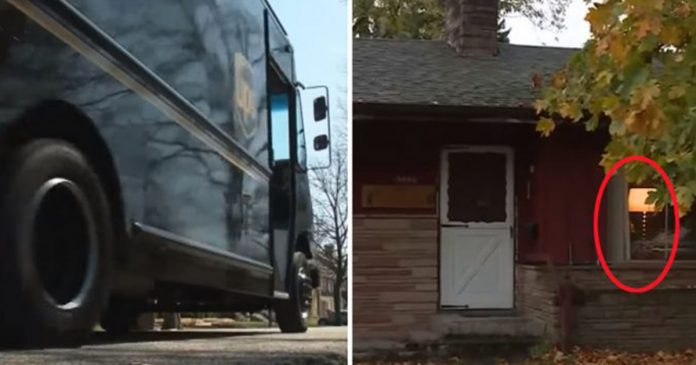 When UPS driver Lee Purdy was out delivering packages one day, he was confronted with a shocking situation.

He approached one home and knocked on the front door, but no one answered — by coming to the door, at least. There was no movement that indicated anyone was home to receive the parcel.

But then Purdy heard something far more disturbing coming from inside the residence.

While he couldn’t clearly make out what was being yelled, he thought he heard a woman faintly crying for help from somewhere away from the door.

He was unsure what to do. Something about the woman’s voice didn’t sound quite right, but he wasn’t sure he could forgive himself if he left someone in danger inside when he could have done something.

Trying to make the best decision, Purdy rang up his wife, explaining what was going on.

Hearing the concern in his voice, his wife decided that a call to the police really was the best option; even though Purdy wasn’t entirely sure the voice was a person, he just couldn’t be sure.

Getting the call, the Clackamas County police station sent some officers to the home, just to check on the welfare of the occupants. When no one answered the door yet again, they broke down the door and entered — only to find that indeed, someone had been crying for help.

It just wasn’t a human 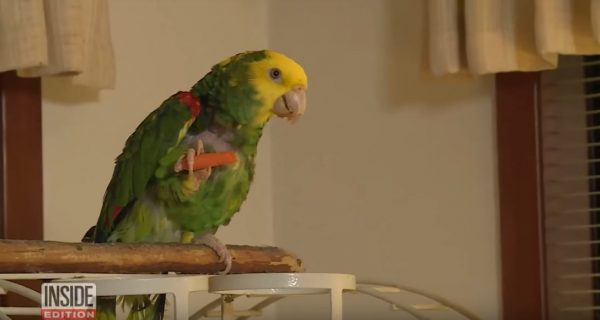 It turned out to be this guy.

Deputy Hayden Sanders discovered Diego, a 41-year-old green parrot, alive and perfectly comfortable in the living room. He was crying out ‘Help me!’ — but as the officers reported on their Facebook page, he was in no actual distress.

Upon tracking down his owner, the woman was able to give the police an explanation for why her parrot was so insistent on receiving some unnecessary help.

According to Susan Baird, Diego’s owner, the chatty parrot loves to mimic anything and everything he hears. A few key phrases have entered his repertoire as regulars, though, and ‘Help me!’ — as dramatic as it sounds — is, unfortunately, one of those.

He’s an attention-seeking bird who will make a fuss if he hasn’t received affection in a while, she explained 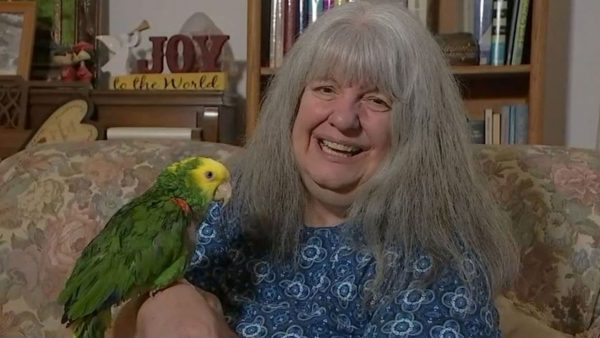 When Purdy had arrived to deliver Baird’s package, she had been out of town and down the coast, visiting San Diego for a few weeks. Diego, while perfectly well taken care of in her absence, was getting agitated she wasn’t around. And as a result, he decided to let the world know exactly how he felt about it — and when he heard Purdy at the door with the package, he found his opportunity.

It wasn’t his first time causing a stir with the favorite phrase, either.

According to Baird, Diego created some concern at a party a while back, calling out for help from another room while guests were milling about. One of Baird’s friends had approached her in concern, only to realize — as the police did — that there was no real imminent danger after all.

While it was an unexpected —- and somewhat unnecessary —- call for the Clackamas County police department to respond to, they weren’t at all unhappy about the situation

If anything, they found it more amusing than anything.

“We’re thankful,” Deputy Jensen of the department explained after the hilarious mishap. “It was super funny – but we’re just glad that no one actually needed help.” Diego included, of course.