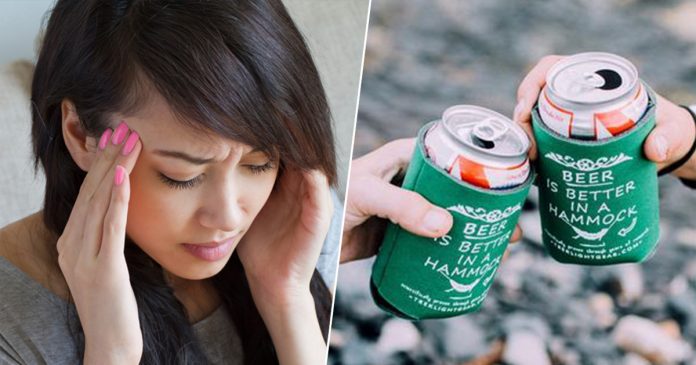 Two cans of beer was all it took to take this lady’s life. This tragedy happened not long ago in Zhuhai, China’s Guangdong province where a lady passed away two days after drinking two cans of beer.

After an autopsy was conducted on her body, it was found that the lady passed away because of Leptospirosis, a bacterial infection which is commonly spread through blood and urine of infected rodents, usually rats.

Later investigation discovered that the cans’ tab were contaminated with rats’ urine which contained Leptospira bacteria.

In the early stage of the bacterial infection, the affected person will have symptoms like high fever, severe headache, vomiting, rash, muscle pain, bleeding in the skin and mucous membranes, jaundice, redness of the eyes and chill

Not many of us are aware that many shop owners do not clean soft drink cans before selling them. The cans are unfortunately exposed to anything including rodents’s urine while being transferred from factory to supermarkets and convenience stores.

Furthermore, most people usually drink straight away from the can after buying it and they never think to wash the can first

Since Leptospirosis cases have been found to came from contaminated cans, it is best to not drink from the can before washing it first.

No one knows if the drink that you buy is actually contaminated with the dangerous bacteria!

Following the death of the lady, doctors have warned the public to not drink straight from the can after buying it

So, the next time you buy a soft drink, remember to wipe the tab first and use a straw.

You may not want it to be the last drink you have!

If you are aware of how dangerous this infection is, why not spread awareness about this disease and the reminder to your friends and family.