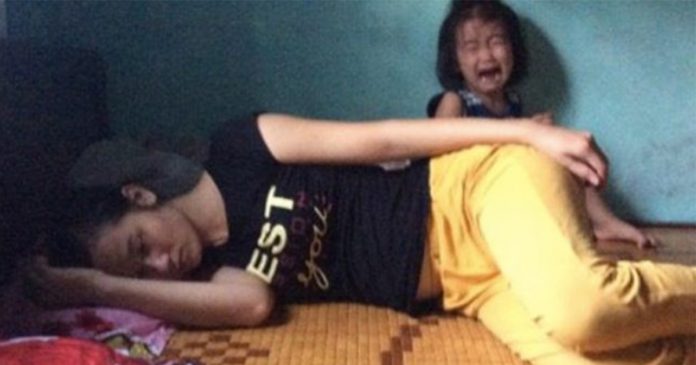 By age 17, a deep pit of depression had taken over my existence. Like an empty carcass, I had lost any spark of life. I felt doomed, as though the future was dark and there was no way out, and these thoughts terrified me. I always blamed myself, tormenting myself for being useless. Age 17 should be a beautiful and lively time for any young woman, but I was trapped in a desolate wasteland of misery and despair, just waiting for death to come.

Looking back, my emotional instability started in childhood. When I was a toddler, I was sent to live with my grandparents because my parents had to work in another province far away. They came back to visit me just once or twice a year. Though my grandparents loved and cared for me, I couldn’t get over the grief from the loss of my parents. My grandmother told me that as a little girl I used to cry all the time because I missed my parents so much.

When I was older, I was reunited with my parents, but it wasn’t the happy, cozy home I had imagined and yearned for. I often witnessed their struggles, fights, and seething resentment toward each other. I was haunted by the conflicts between them, but also obsessed with it. As soon as they started fighting, I would get a sick feeling in my stomach. I became extremely anxious and couldn’t stop thinking about it.

When I was 12, my parents finally divorced and I was utterly devastated. At age 15, I started having insomnia and mental issues. I was taken to a mental hospital where I was diagnosed with hysteria and paranoia.

I was put on medication but it didn’t help 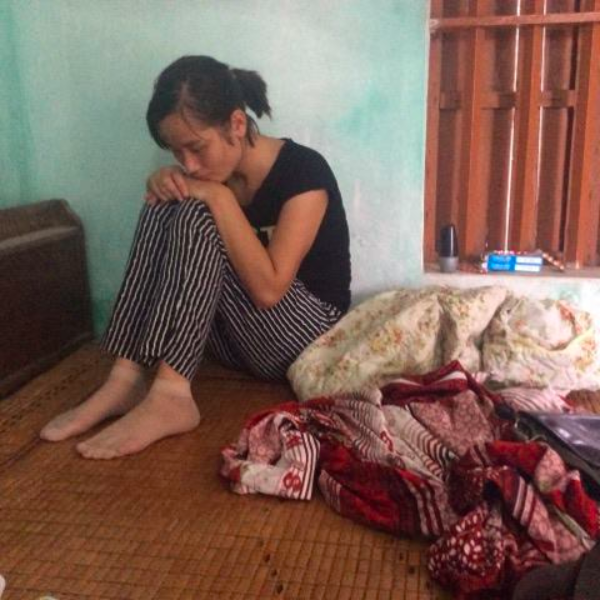 By age 17, the depression really began to set in. I would sit in a corner by myself and avoid contact with anyone. Steadily, the depressive episodes began to occur more frequently and last longer, each one about 12 days. When it came, I just lay on my bed with glazed eyes, feeling indifferent and numb. I didn’t want to do anything, and couldn’t even if I wanted to. I was engulfed in darkness without a way out. I blamed myself and really wanted to end my life.

Finding Love Brings a Ray of Light, But Not for Long

I met my husband in a twist of fate. One day, I lost my identity card and he was the one who found it. He went through great pains to return it to me. From the first time I met him, I felt that he was a decent and stable person. He had a good job, and seemed very kind and considerate.

We started dating, and soon he asked me to marry him. Even though I was said to be pretty among the village girls, I was surprised that such a good man would want to marry me. Due to my severe depression, I was accustomed to rejection—by companies where I had applied for work, other men, even my family.

But my husband was different. He knew that the depression meant I couldn’t live a normal life, but he still wanted to marry me. His support so encouraged me that it motivated me to fight against the depression.

I thought he was a gift sent by God, a kind of compensation for my miserable life. The more I loved him, the more I wanted to be healthy so I could be a good wife and mother. However, this felt like a pipe dream when the depression came. Whenever it hit, I lost my awareness and perspective. I became closed off and emotionless.

Even when my young daughter cried, I felt distant and unmoved 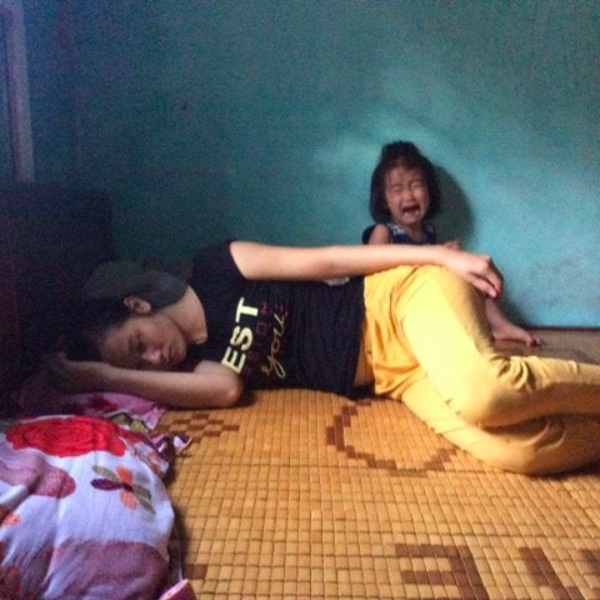 If it weren’t for my husband’s encouragement and care at a time like that, I would no longer be alive. However, as grateful as I was to him, I knew he could not fix me. The real solution was yet to be revealed.

One day, during one of my depressive episodes, my aunt came to visit. As we talked, she told me about a Chinese meditation practice called Falun Dafa, or Falun Gong, which she said would be beneficial for my mental and physical health. She told me if I could practice the qigong-style exercises of Falun Dafa and improve my personal behavior in compliance with its principles of truthfulness, compassion, and forbearance, my depression would disappear. She said Falun Dafa was a high-level self-cultivation practice of the Buddha school—a traditional Chinese practice handed down from ancient times that opens up a path to one’s true self.

When I heard all this, I laughed because I didn’t believe it. I thought that if modern medicine failed to treat me, how could this? I knew of other Buddhist practices that involved people preparing offerings for some rituals that cost a lot of money but were of no use. In my mind, it was a kind of superstitious activity. Also, I didn’t have a good impression of my aunt because I was told by other relatives that she was shrewish and difficult.

But as the weeks passed while she stayed at our home, I found the opposite was true—she was considerate and helpful, and the way she behaved was calm, gentle, and mindful. She was completely unlike what people said, and I felt I could open up to her. Curious, I asked her why people spoke badly of her.

She told me she used to be bad-tempered and argumentative because she worked as a broker dealing in high-interest loans. But after she started practicing Falun Dafa, she quit that job. She felt it didn’t comply with the principles of Falun Dafa because it hurt many people by forcing them into bankruptcy. Through practicing Falun Dafa, she said she learned how to be compassionate in the face of disputes and competitiveness, rather than being aggressive toward others.

Her behavioral changes surprised not only her family but herself as well. As she practiced the Falun Dafa exercises and meditation and improved herself by following the teachings, all of her illnesses such as sinusitis, cervical spondylosis, and spina bifida occulta gradually disappeared, too. That was why she recommended the practice to me—she had experienced the benefits for herself. I was really touched by her story.

From Misery to Happiness

Intrigued by my aunt’s experience, I decided to read the book “Zhuan Falun,” the main teachings of Falun Dafa. At first, I was a bit reluctant because I didn’t believe my mental illness could ever be cured, but I kept trying because I didn’t want to disappoint her.

I also didn’t have anything to lose 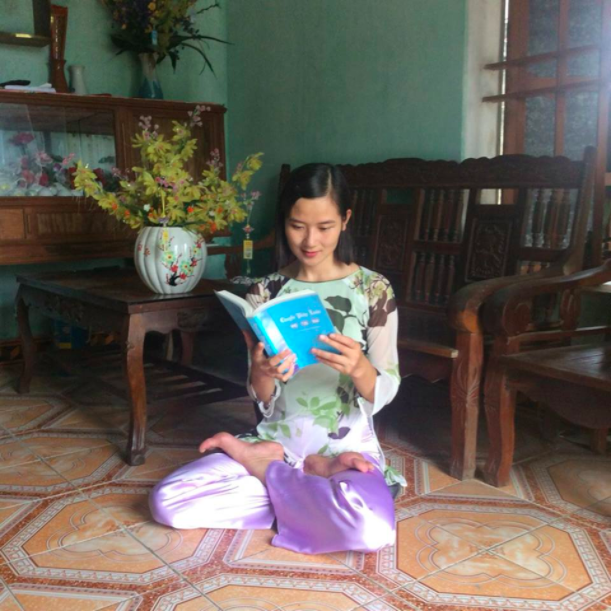 At first, I didn’t understand much, but the more I read, the more I became fascinated with the principles of self-cultivation. This book also seemed to explain everything about life and the universe. Day by day as I read, I began to experience feelings of ease, comfort, and happiness—unusual for me, to say the least!

Then one night, something even more remarkable happened. I couldn’t sleep, so I started reading “Zhuan Falun.” Suddenly, my brain had a sense of being “woken up” and I had a strong urge to do housework. This was unfathomable, as for years my depression rendered me incapable of doing physical work. But that night I got up and started doing chores. I cried in happiness.

It seemed the depression was beginning to lift. Gradually, I became a different person as I was released from my physical, mental, and spiritual prison. Being able to live a normal healthy life brought me great joy. I was able to start having self-respect, and believed I could live well and be content. Instead of suicidal thoughts, I imagined a future filled with righteous thinking, love, and happiness—something I had once thought impossible.

As I continued practicing, I realized that assimilating with the principles of truthfulness, compassion, and forbearance as explained in “Zhuan Falun” was the key to becoming a good person, to be truly healthy inside and out, and to reaching higher levels of spiritual enlightenment 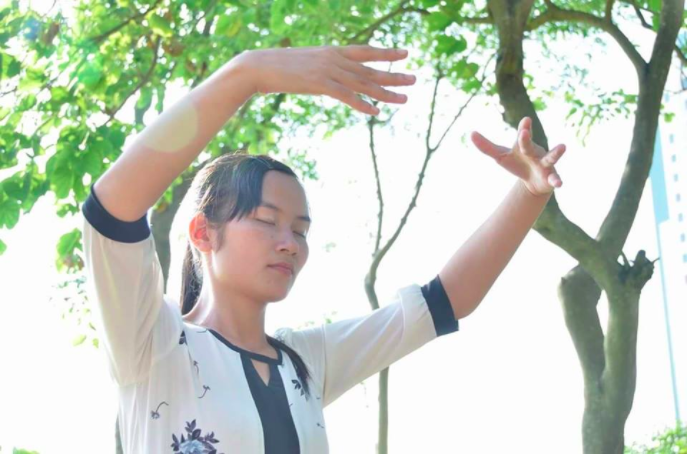 There were times, however, when negative behavior such as anger, jealousy, or greed bubbled to the surface, and this would trigger the depression again, although it was much weaker. When I would look within as required by the Falun Dafa teachings and recognize my mistake and strive to improve, the depression would lift in a few days. This is the process of self-cultivation in everyday life—fixing and improving my personal character and behavior when I run into conflicts or difficulty.

Once, after quarreling with my husband and yelling at my children, I felt ashamed when I remembered the principles of Falun Dafa—that anger is from the dark side of human nature and acts as a barrier to uncovering my true self, which is kind, compassionate, and tolerant. But at first, I couldn’t identify and eliminate the root of it, nor show forbearance and compassion to my husband and children. I was often too selfish.

After that quarrel, the depression came back and tortured me for days. I felt like I was frozen. But as soon as I became determined to eliminate my anger and related negative emotions, I felt calm and at peace.

This was a profound experience, and a chance for me to give up long-standing bad habits 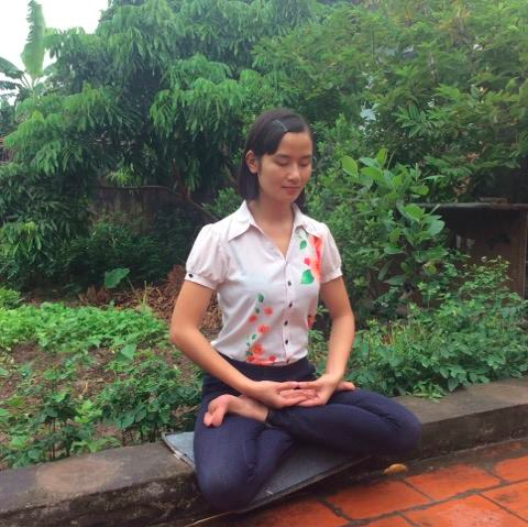 I was so thankful to Falun Dafa, which helped me gain not only good health but also the ability to recognize and embrace my positive true self, instead of staying stuck in selfishness and anger.

Falun Dafa has benefited my three children as well. They are all healthy, good-natured, and obedient. They listen to the teachings and practice the exercises every day with me. Our family life is warm and harmonious.

People rarely believe I am the mother of three kids 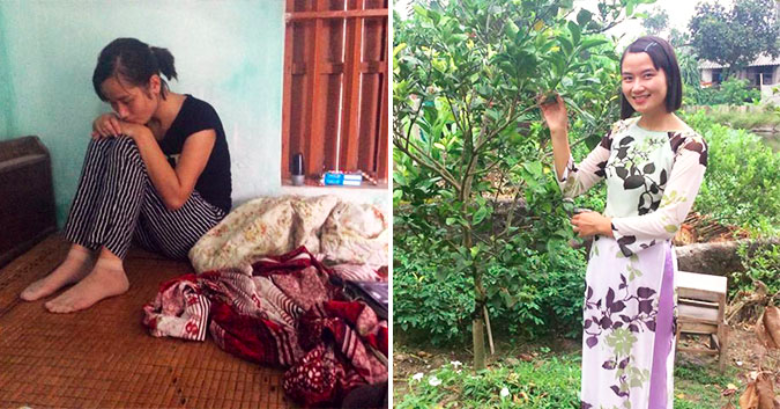 They say I look too young. I don’t feel pride when I hear this, but instead feel happy and extremely lucky due to my good fortune and being given a second chance at life. When I think of my old depressed and suicidal self, it seems like a faraway dream.

I have no way to thank my aunt sufficiently for introducing me to this amazing practice. 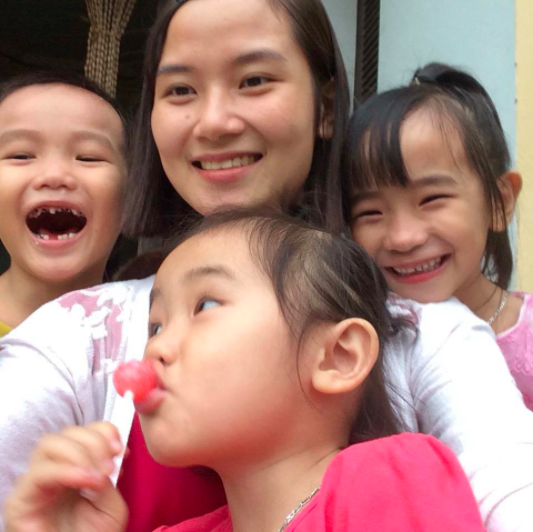 It not only saved my life but gave me spiritual fulfillment, showed me the true meaning of life, and enabled me to be responsible to my family and society.