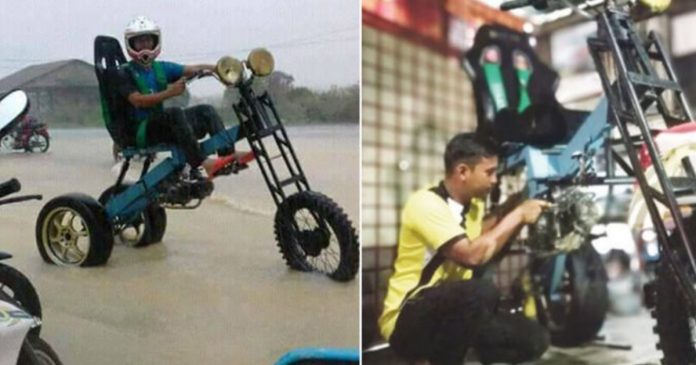 Every year, states in Malaysia’s East Coast like Terengganu and Kelantan get hit with serious floods that not only destroy buildings and houses but also cause many of the residents to trap in floods.

Due to that, Amin Mohamed, 31, a businessman and aluminium and glass supplier at Kampung Bukit Tanah, Pasir Puteh, Kelantan invented a motorcycle which could wade through a flood.

With his high imagination and creativity, Amin only spent RM500 (approx. USD$120) for the whole process of creating the innovative design. 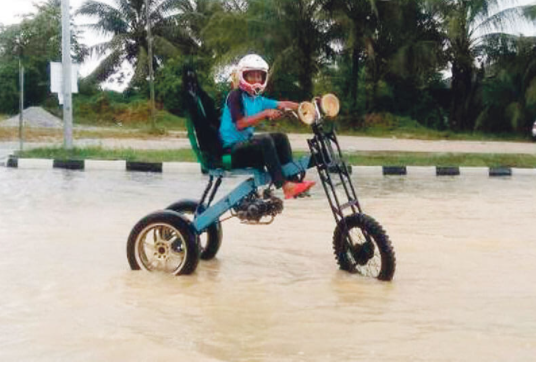 “I started to sketch the design of this motorcycle in January and continued to improvise the sketch in my spare times.”

He added further, “I only used recycled parts and things that I already possess to avoid high production cost. This motorcycle was not to be made for sale. It is just for my personal satisfaction.”

This motorcycle is said to be able to go through a 1-metre deep flood but more improvisations are needed for Amin to use it in more serious and bigger floods.

“To be honest, the motorcycle is not finished yet but I am too excited to ride it when parts of Selinsing are hit with floods” 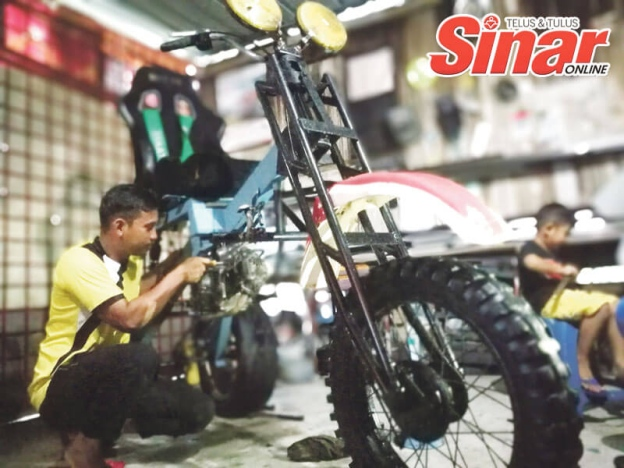 Due to his innovative idea, Amin became the talk of the town. He also became famous on social media and fans gathered at his house just to see his creation.

Amin said, “The motorcycle does not only able to go through a flood, it is also capable and sturdy enough for any kind of surfaces.

“I am planning to add a few more accessories to the motorcycle to make it more appealing and to add new functions that may be necessary.”

Kudos to Amin for this brilliant idea! We are definitely looking forward to see his finished motorcycle soon.