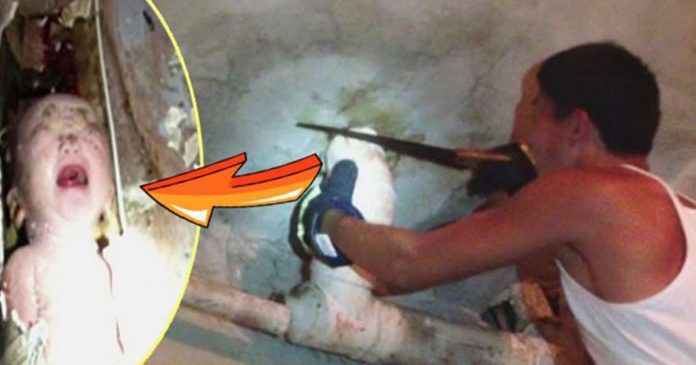 One day a Chinese man went to his toilet and heard soft cries of baby coming from a toilet flush pipe above him. He lived on the third floor of an apartment block. He became very nervous after hearing the cries. How could there be baby’s cries coming from the pipe?

After hearing again he confirmed that there were crying sounds coming from the toilet pipe and he quickly contacted the authorities. 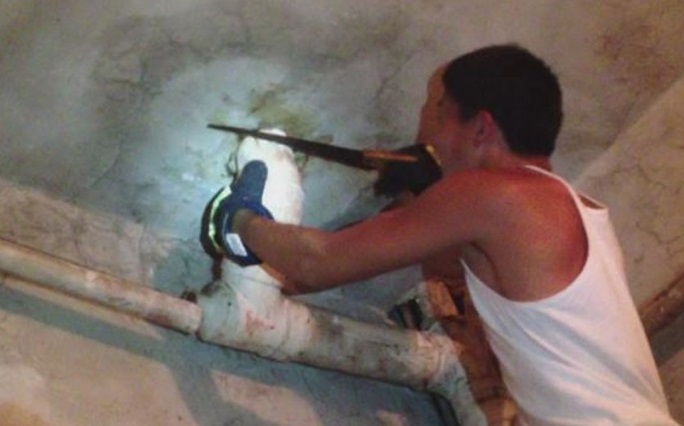 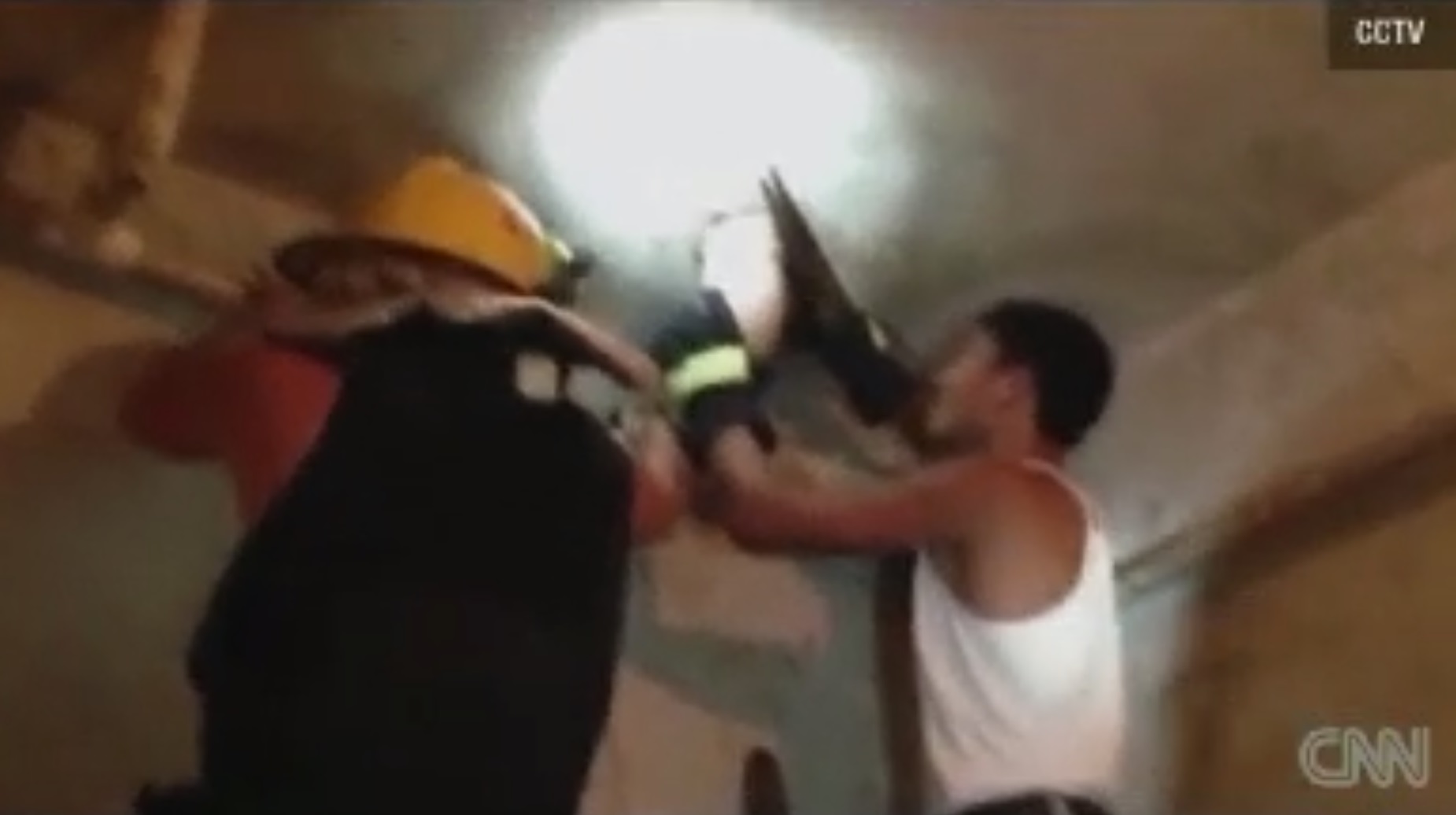 After the firefighters cut opened the pipe, they saw and incredible thing – a newborn baby – crying inside and everyone was shocked. Who would have thought that there was baby in the toilet pipe! 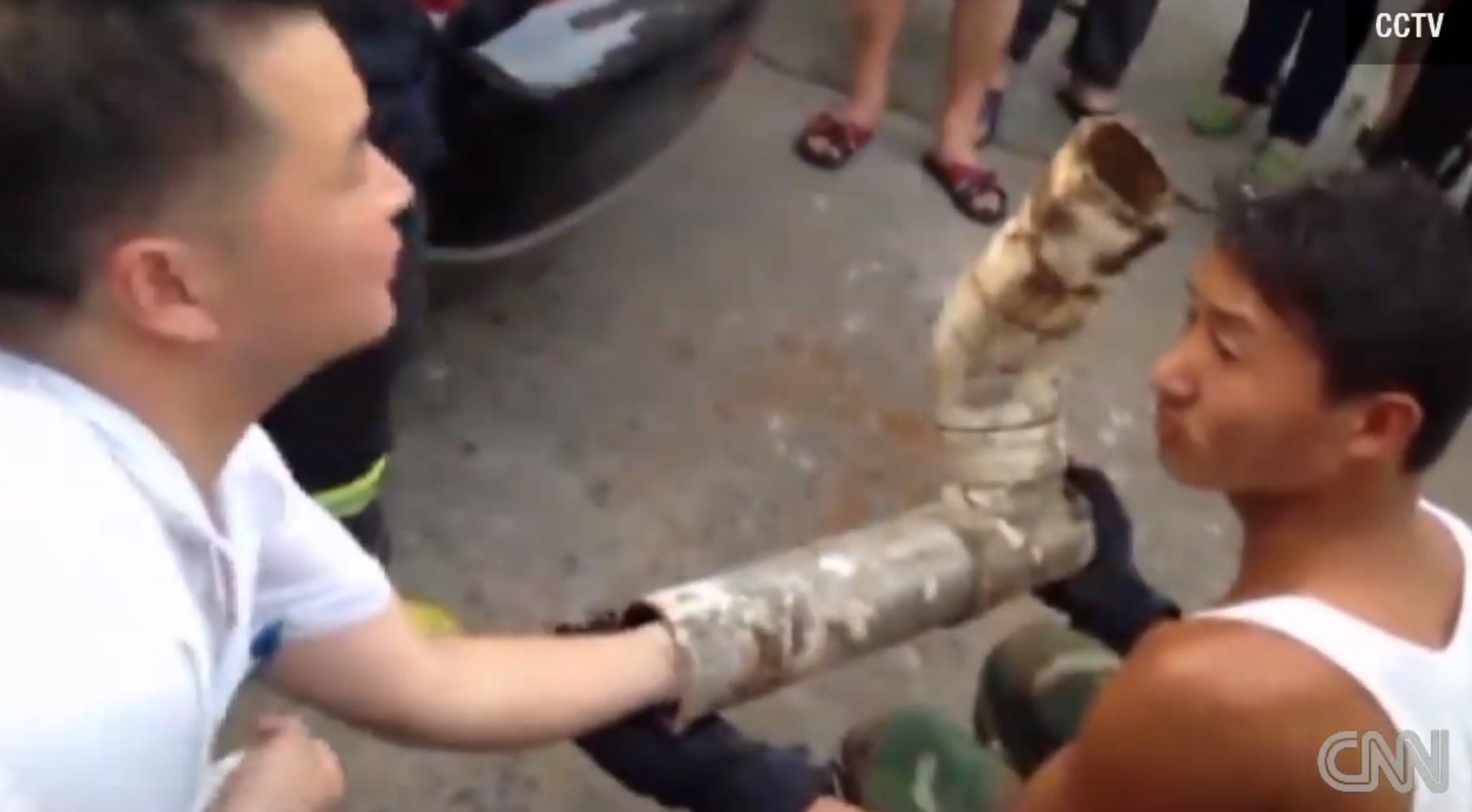 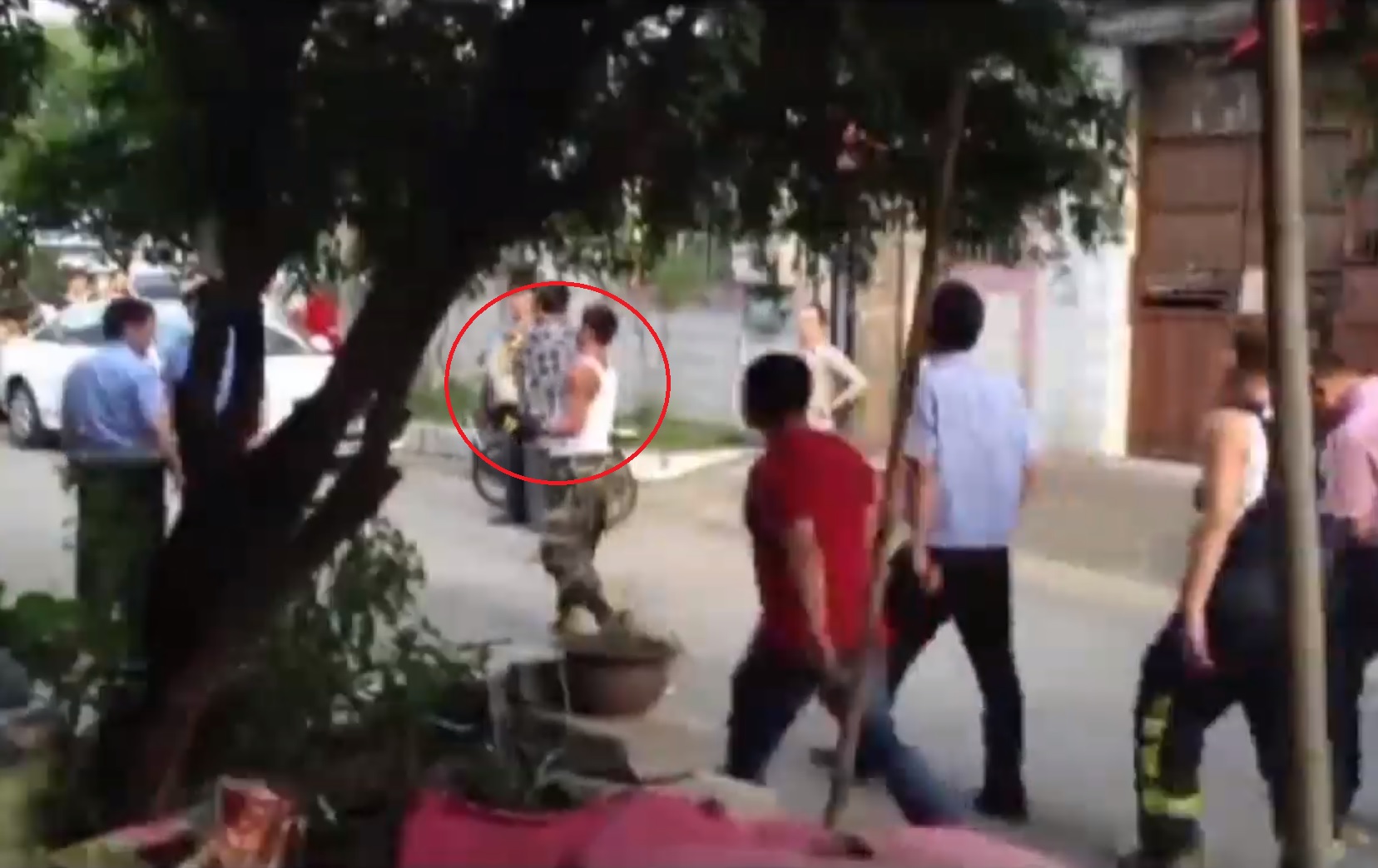 After an hour, the rescue team and surgeons successfully cut opened the pipe and saw the baby’s face and he was crying 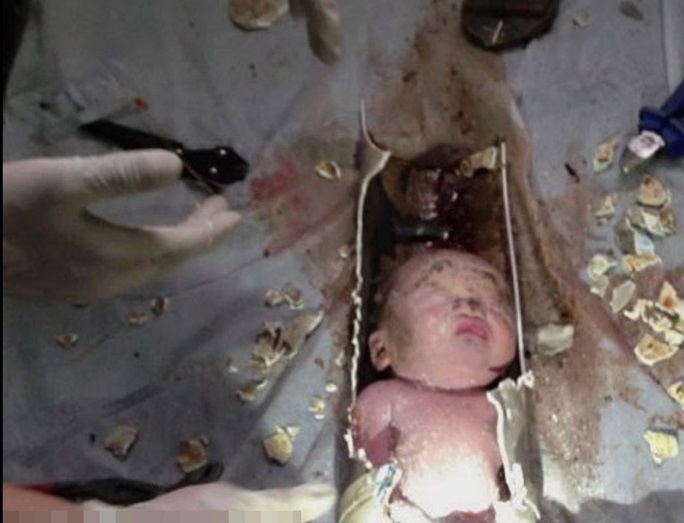 Many questions pop up in everyone’s mind: 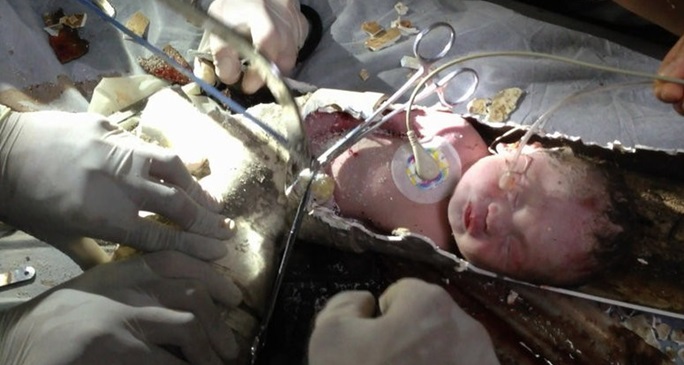 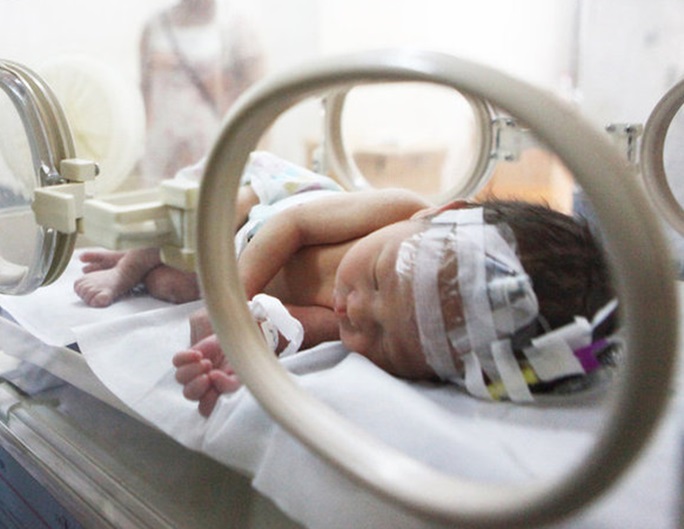 Luckily the child only suffered a slight concussion on his head and according to local news report he was doing alright.

The police eventually found the mother who ‘committed’ the crime.

The mystery mother who was 22 years old claimed that she went to the toilet and it was actually close to her due date and the baby slid out! She initially tried to retrieve the baby with a stick, but then later decided to flush the toilet to clear away the blood.

Tell us what do you think about this incident and do you believe in the claims by the mother?