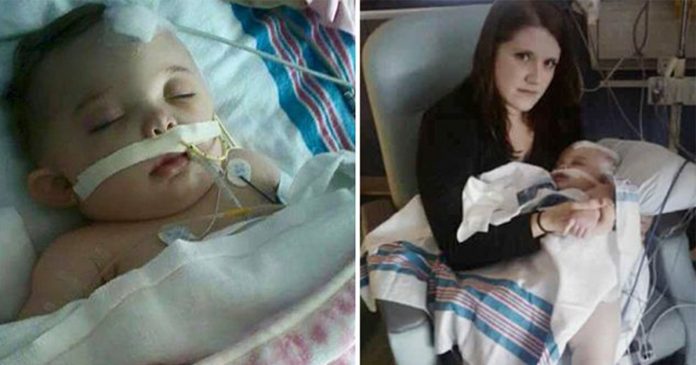 Five years ago, 8-month-old Cheyenne was abused so severely by her father until doctors thought she wouldn’t survive through the night. Yet, this strong baby girl defied all odds and miraculously survived. Years later, her mother shared her story to warn others what not to do to a baby that is worth our attention.

Her story began in 2012. Amy Owensby and James Davis Jr. have been separated from each other that year and the custody of Cheyenne went to Amy. In the meantime, James got to obtain a once-a-week weekend visitation right to Cheyenne.

Every weekend, Amy would drop off baby Cheyenne at her father’s house

On one fateful day, as usual, Amy took Cheyenne and left her to her ex-partner, James for the routine weekend visit. An hour and a half later, Amy suddenly received a call from James, telling her that Cheyenne wasn’t breathing.

Cheyenne was then brought to Greenville Memorial Hospital by a helicopter. “I will never get the image of her lifeless body being placed in that helicopter out of my head,” Amy recalled.

Initially, James did not admit that he was responsible for what had happened to Cheyenne. However, later, he pleaded guilty for shaking Cheyenne out of anger when Cheyenne did not stop crying. His shake caused a severe brain injury to his own daughter, Cheyenne. James was later sentenced to 10 years in prison in 2013.

Amy was really devastated to hear about Cheyenne’s condition. She felt betrayed and angry towards James.

Cheyenne later spent years undergoing multiple surgeries and therapies. Unfortunately, the brain injury was so severe that her doctor had to remove half of Cheyenne’s brain.

2 years after the dreadful incident, Cheyenne was still not able to walk.

“She literally struggles DAILY from what was done to her..she can’t hold a babydoll and her cup at once,” Amy wrote on the Prayers for Cheyenne Rae Facebook page.

Nevertheless, Cheyenne is a strong girl.

She handled everything with a smile on her face

Now, Cheyenne grew up to be an adorable 5-year-old little girl who gets excited about going to school. Amy said that she loves to dress up for her school. “… she pops right up and asks what she’s going to wear today haha Girl loves clothes,”  wrote Amy.

Following her difficulty recovery, Amy decided to share her story with the public and to deliver an important warning, “Never shake a baby.”

“So remember that when your child is screaming & nothing you’re doing is soothing them. Put them down and WALK AWAY!!” she stressed.

These animals get into a fight for no obvious reasons and... 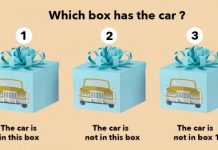 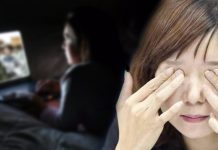 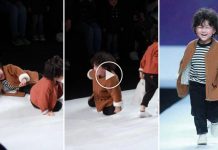 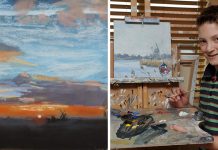 My mother-in-law’s house was split among her children and I was...