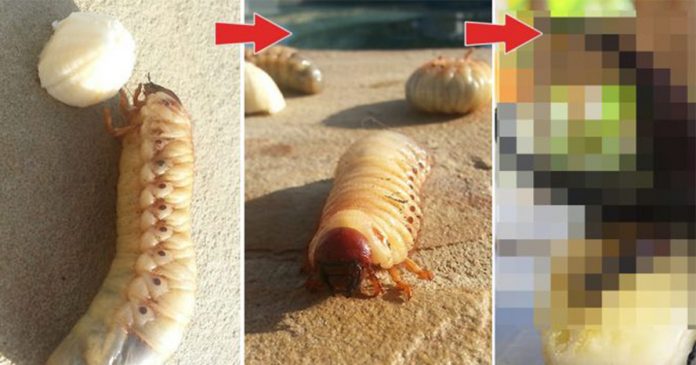 A Twitter user who goes by Twitter handle @Mahithoughts found a couple of grubs while he dug through soil in his backyard. He and his brother were digging and loosening the soil when they found these creatures.

At first, there were only a few of them but as they dug the soil more, they found many more grubs.

However, they abstained from doing so and let the grubs to live. Later, they placed the grubs into a container full with mulch and gave some small pieces of banana to them.

A few weeks later, they were surprised to see what the grubs transformed into

They were so relieved for not burning the grubs in the first place as the grubs then changed into beautiful creatures.

The grubs which looked ugly and disgusting transformed into beautiful beetles!

They were so happy with the presence of the insects. Now, the beetles can help reduce bad insects that usually eat plants in the garden and help to pollinate flowers.

So, the next time you see grubs in your garden, do not be fast to burn or throw them away. They might be beetle larvae just like what @Mahithoughts and his brother found in their garden!