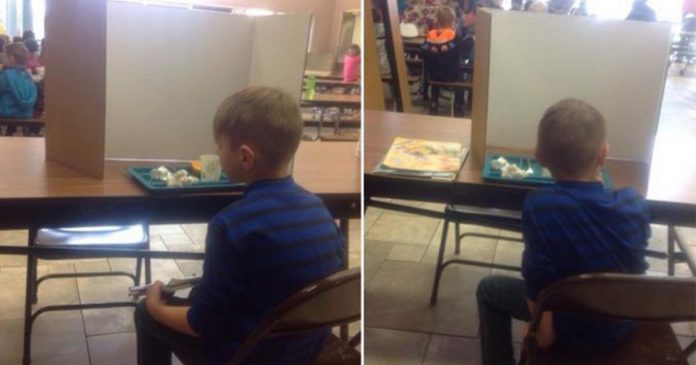 The snooze button is the single greatest enemy to getting places on time. People around the world find ways to trick themselves into getting up on time. Some put the alarm clock on the other side of the room. Others set it to go off hours in advance so that they can hit the snooze to their leisure.

Hunter was one of many kids around the country who was getting in trouble for his chronic tardiness. The only difference was why he was always late. Hunter wasn’t addicted to the snooze, and he wasn’t trying to skip out on going to class. In fact, he wasn’t at all to blame for his poor punctuality.

Back in 2015, the family car was giving his mother trouble. Hunter and his then 25-year-old mother, Nichole Garloff, couldn’t rely on their Dodge Durango to get them to school. The SUV was in need of desperate repairs that they couldn’t afford, and Hunter was paying the price for it.

After arriving to school late for the third time, Hunter was put in detention.

When his mother found out what detention involved, she was not happy 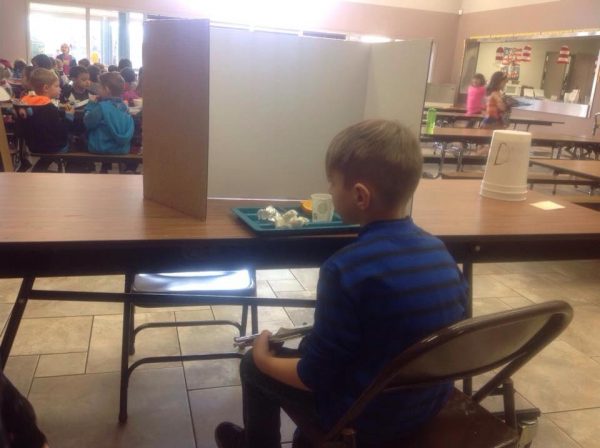 Garloff said that Hunter was crying when he went in to school that day. He knew he was getting a detention for being late, per the school policy.

She decided to visit her son during lunch to cheer him up during detention. He was so upset about it earlier that morning, so, feeling responsible, it was her motherly instinct to make her son feel better. She’s glad she went by, because otherwise she wouldn’t have known what “detention” meant.

Garloff took pictures of her son sitting at a table by himself, with a cardboard divider separating him from the rest of his schoolmates.

“My heart just broke, because he was sitting there, and he just was kind of peeking around the side. I just felt terrible for him,” Garloff said.

She was angry, emotionally distraught, and posted the photos on Facebook. The images spread quickly, and onlookers were torn to bits when they saw Hunter humiliated by the faculty and staff of the school.

“His mom found him there, crying, and took him home for the day” 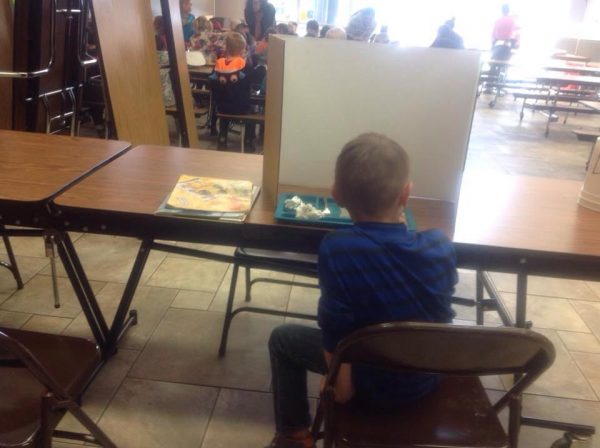 Eventually the photos of Hunter sitting in the cafeteria, isolated from the other kids by a cardboard divider, gained enough attention that a local radio host contacted Nichole.

AM 1440 radio personality Bill Meyer first heard of Hunter’s story through listeners to his show, and when he saw the images for himself, he wanted to help fix the cause of the tardiness.

“We see a lot of bad news, or we have a lot of problems. So seldomly do we ever get a chance to fix the root of the problem,” Meyer told ABC News.

After Meyer reached out to Lisa McClease-Kelly, owner of Kelly Automotive, and asked if she’d be willing to do the repairs, she agreed.

The family dropped their car off at the auto repair shop, thrilled and grateful they were going to have their car fixed 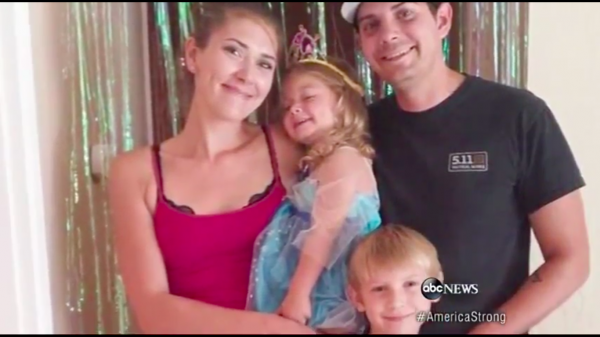 As it turns out, their Dodge Durango was in such bad shape it was beyond repair.

“The repairs were more than what the car was actually worth,” Kelly said.

When the family returned to pick up their car, they figured they would thank everyone for trying to help them, but ultimately be in the same position they were in before.

Little did they know what was in the works. Rapid Repo and Collections generously offered to donate a 2001 Chrysler Town and Country van. Other local area shops donated new tires, a new windshield, and McClease-Kelly put about $1,400 worth of maintenance and repairs into the vehicle.

McClease-Kelly also gave the family free oil changes for a year, and many others donated to give the family a gas card, as well as gift cards to local restaurants.

“We were so shocked, it doesn’t seem real. I’m trying to tell Hunter that this doesn’t just happen to you” 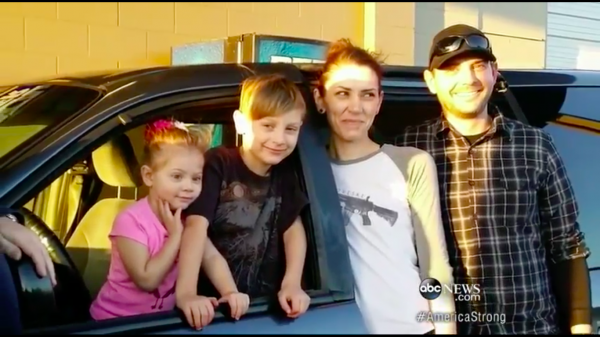 Since getting their new van, Hunter hasn’t been late to school a single time. And the school amended it’s tardiness protocol.

“As a result of the concerns raised, the district ended the learning catch-up location at Lincoln Elementary School,” the Grants Pass District said in a statement. “Going forward, a separate, supervised classroom has been designated for necessary catch-up work.”

All Nichole ever wanted was to be able to get Hunter to school on time. And she wanted a change to the school policy which she felt disproportionately punished her son for things that were beyond his control. The community came together and gave her so much more.

“We’re so thankful to all the people in our community that have just been so supportive,” she said.

A Brave Woman from India was Dragged Deep into the Forest...