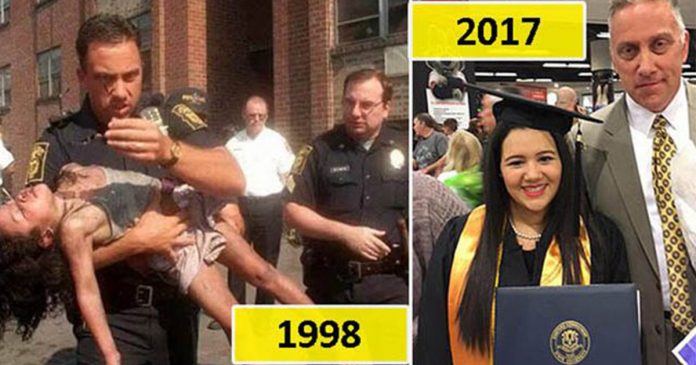 A young girl was saved from a burning home 19 years ago by a cop. She reunites with her guardian angel 19 years later at her college graduation.

Josibelk Aponte was a 5-year-old girl when she was almost killed in a fire at her family’s home in Hartford, Connecticut, on June 25, 1998. Fortunately, a police detective, Peter Getz, rushed to the scene and saved her with CPR after a firefighter pulled her out of the building.

Nineteen years later, Josibelk graduated from Eastern Connecticut State University and wanted to share this important occasion with him 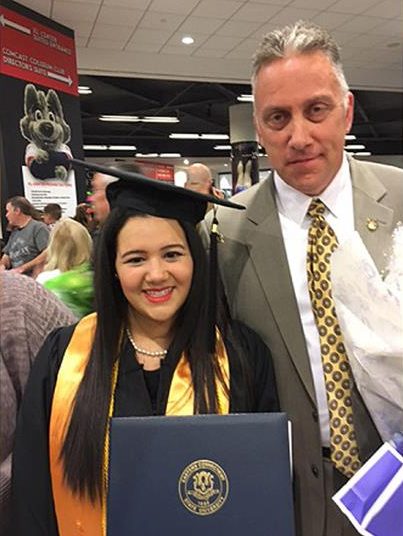 “There are only a few moments that are so important in life. I wanted to share my graduation with everyone who’s important to me, who have been there for me, and who helped me through tough times,” she said in an interview with Hartford Courant.

“I almost died, but I was given a second chance at life, and it was because of Peter and all the authorities, everyone who came to help that day,” she added

While Josibelk is full of gratitude for Peter, he said, “I did what I was trained to do, what I had to do.”

Josibelk had gone into cardiac arrest. As his partner drove them to the hospital nearby, he initiated CPR on Josibelk at the back of his patrol car. She was breathing on her own when they reached the hospital.

“I’m one cog in that wheel, from the dispatchers to the firefighters who risked their lives to go in and bring her out. We all did what [we were] trained to do that day; it’s not just about me. That’s how this process is supposed to work, that’s why we wear [the] uniforms we wear,” Peter said.

Josibelk also received a teddy bear from Peter during her stay in the hospital, and she still has it 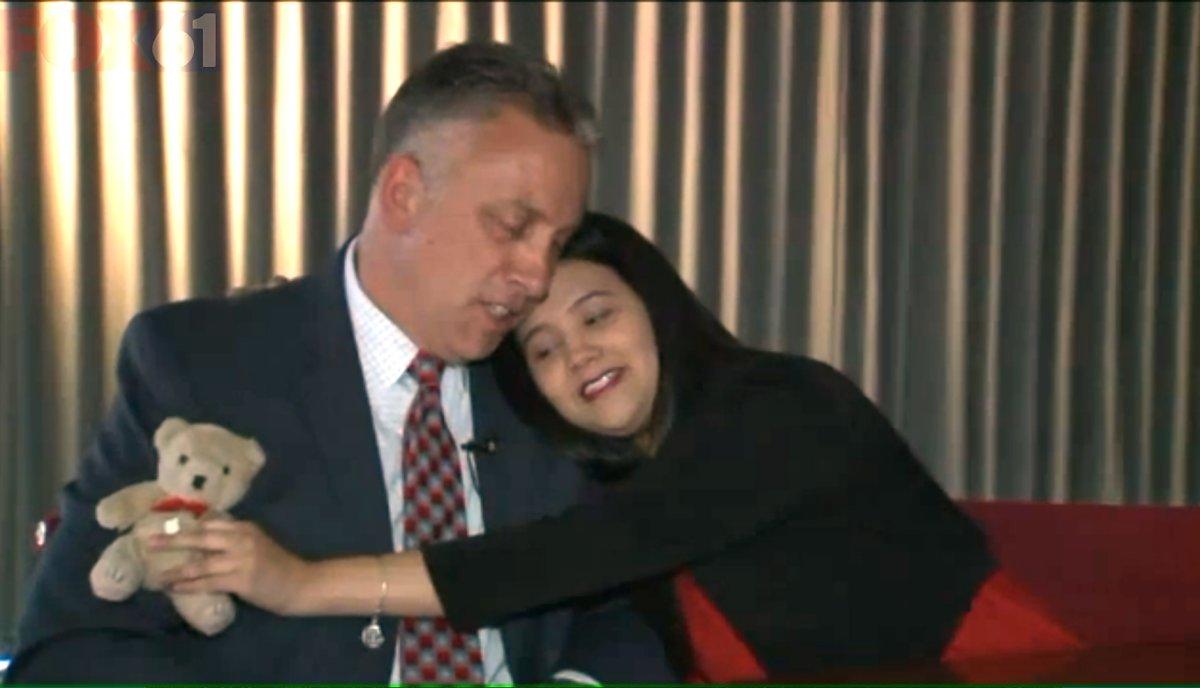 She lost touch with Peter after her family moved away. A few years ago, she reconnected with him through Facebook after some “Facebook stalking” and also invited him to her graduation. To be able to see Josibelk receiving her degree, Peter said it “makes my heart beat faster.”