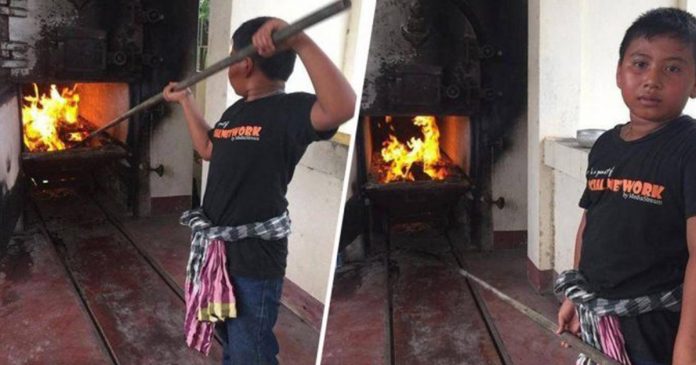 For most 11-year-olds, their lives only revolve around school and playing with friends. However, not all children are fortunate to live a normal life. There are still many kids out there who live a tough life and have to go through hardship at such a tender age. Some children even have to help their family to earn a living like this young boy from Thailand.

At 11 years old, he has to work at a crematorium to support his bedridden mother. His father has passed away a long time ago when he was still a toddler and not long after his father died, his mother fell sick.

So, this poor boy works to help pay for his mother’s hospital and medicine cost 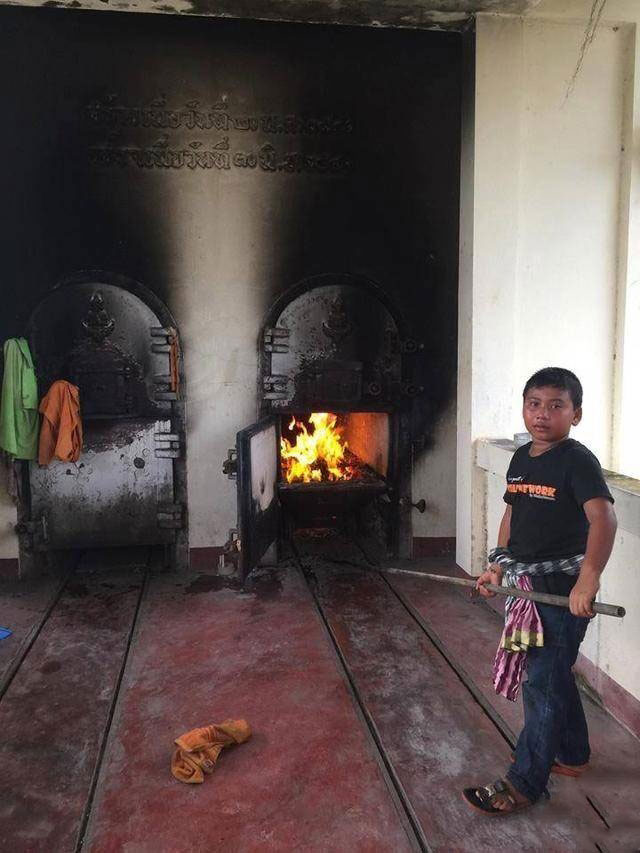 Previously, his mother worked at the crematorium but she could no longer able to work so she sent his son to work there. Imagine what the young boy has to go through when he first works at the crematorium. He is in charge of burning dead people’s bodies or remains in a crematory everyday. Even an adult cannot stand looking at a dead body let alone a young child.

However, that is exactly what he has to do for the job.

Sometimes, he has to work late at night until all the dead bodies are burned down to ashes 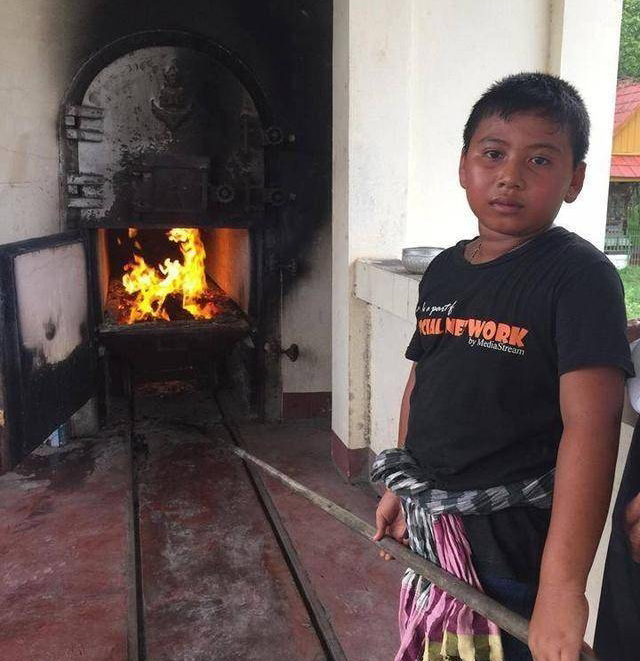 The boy admitted that it was terrifying to burn the dead bodies with his own hands. It took him a month to get used to the scene. He also has a fair share of terrifying and chilling moments when he works night shift. Sometimes he heard strange sounds coming out from the crematory.

Nevertheless, the sounds no longer scare him as the boy grows tougher and stronger. 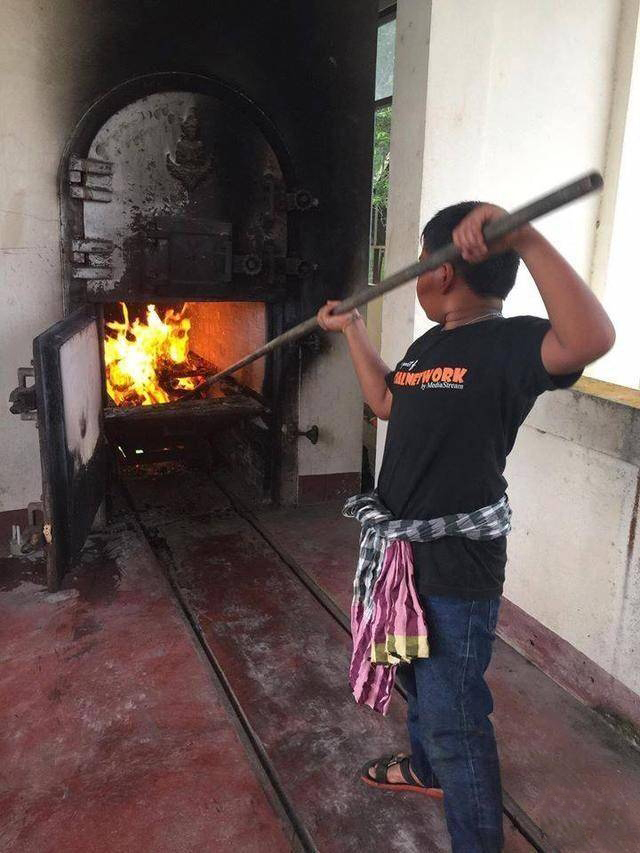 Usually after he is done with his night shift, he will go back home and feeds his mother. Only then, he will go to his bed. When the sun rises the next day, he will go to the crematorium for his work. This has become a daily routine for the boy as it is the only way he can do to support his family.

Since his story caught the attention of the public, many has come forward to offer their help and money for the young boy and his mother. We hope that the boy can return to his school and life a normal life like other kids soon.

Man with drinking problem thought of divorcing his hot-tempered wife but...