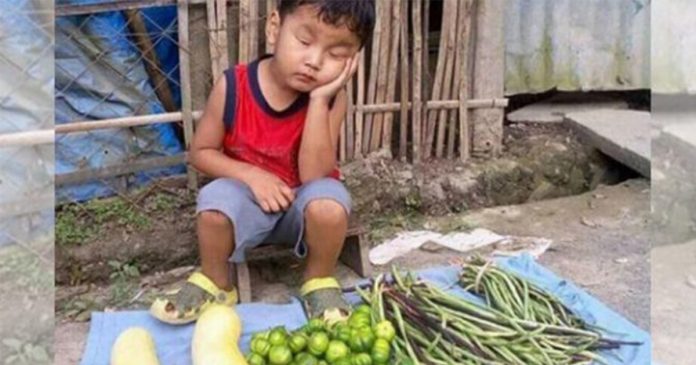 Approximately, around 100 millions homeless children live on the street around the world. Usually, they are left alone and have to find their own way to feed themselves. Just like this homeless boy whose photo shows him sleeping on the side of a road in the Philippines. What is more disheartening is the boy fell asleep while waiting for customers to buy his vegetables.

The photo of the homeless child quickly went viral on social media after one netizen uploaded it. It then caught the attention of a Filipino’s artist, Sharon Cuneta who is a singer, actress, TV host and a judge on a reality show. Sharon saw the picture and she immediately shared it on her Instagram page to raise public’s awareness about homeless children.

She also said that she would like to help the boy 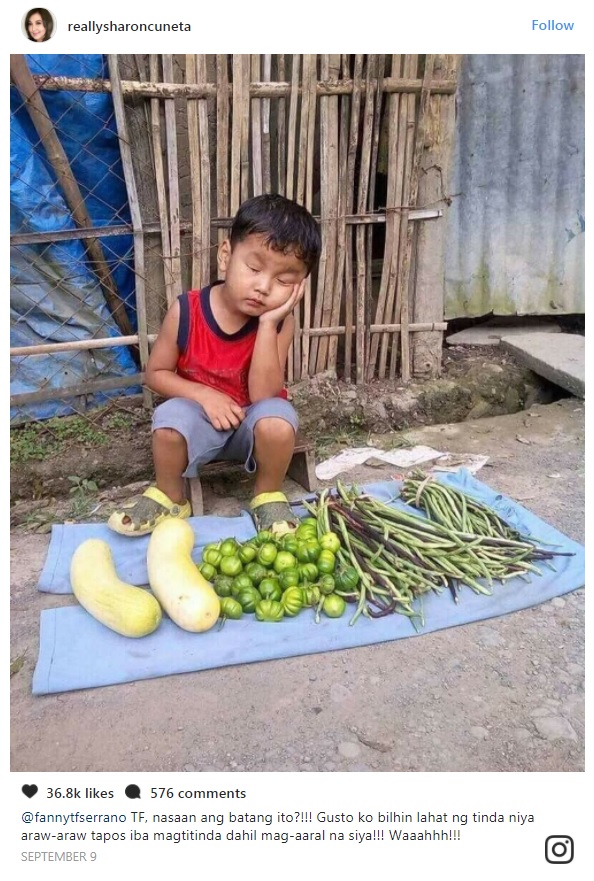 In her caption, Sharon wrote that she wanted to buy everything that the boy sold and gave the boy an education. Her post received more than 33,000 likes in two days and 500 comments.

Nevertheless, other netizens praised Sharon’s efforts and good heart for being concerned with the homeless boy. One netizen commented on Sharon’s post, “I hope you can find him. A lot of people joke about adopting the boy but it is just because he looks cute in the photo but you definitely see something beyond this. I hope you can help the boy and other people in need of help. You can’t save the world but I’m sure you can help some people.”

Another comment also expressed admiration, “This is what we need to help our country even in the smallest deed.”

Sharon has certainly showed a good example to us to never ignore these homeless children. So, the next time you see homeless children in the street, please help them. You can contribute by sending them to a safe shelter or give them some food. Every help you give will have a significant impact to the poor souls since they do not have anyone else to turn to for help.