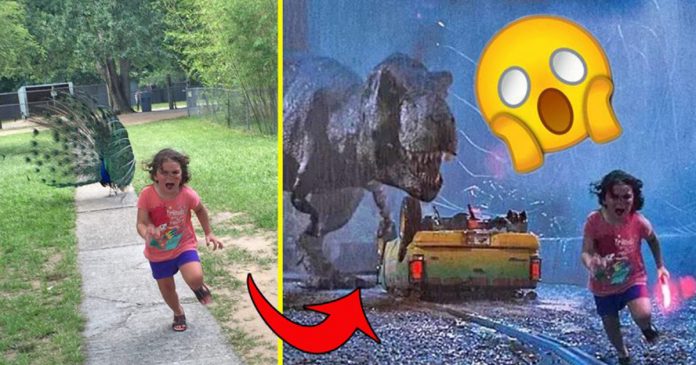 Recently, a photo of a scared little girl running away from an angry peacock has gone viral on the Internet. The little girl, Eva, followed her mother to a zoo in Northern California. Eva was curious when she saw a peacock fanned out its feathers. She stood in front of the peacock and the very next second, the peacock got angry and started to chase after her.

Poor little Eva got a fright and started to run. Her mother who witnessed the whole situation stood on a side laughing and took a picture of the hilarious moment and uploaded it on social medias. 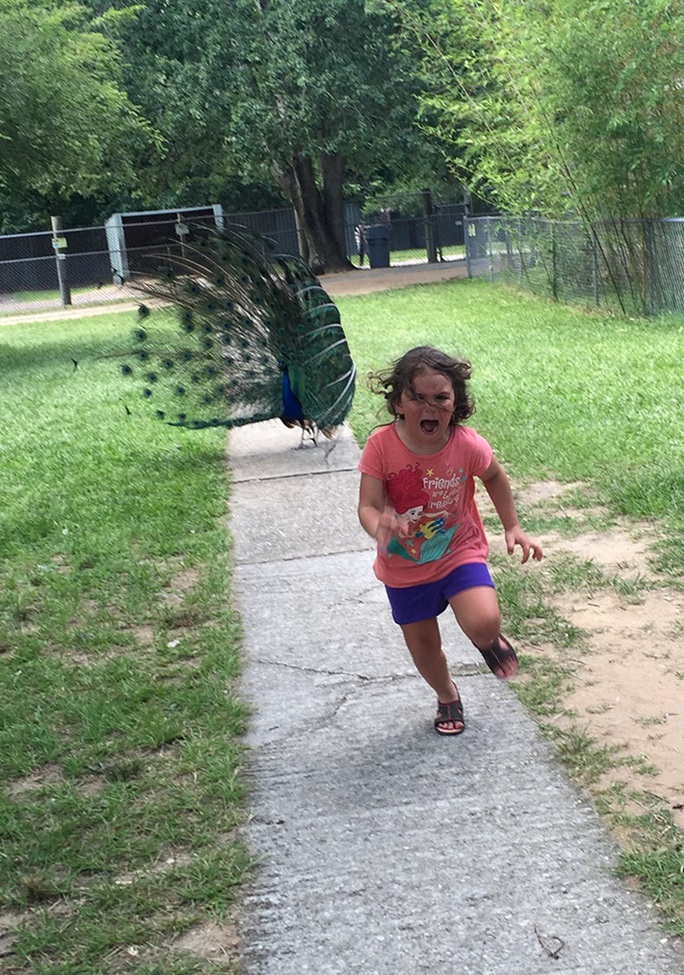 Netizens could not contain their laughter after seeing little Eva’s reaction.

▼ Her photo has inspired some creative netizens to turn it into an absolute comical series of photoshopped images of Eva in popular scenes from Hollywood movies and with famous athletes like Usain Bolt! 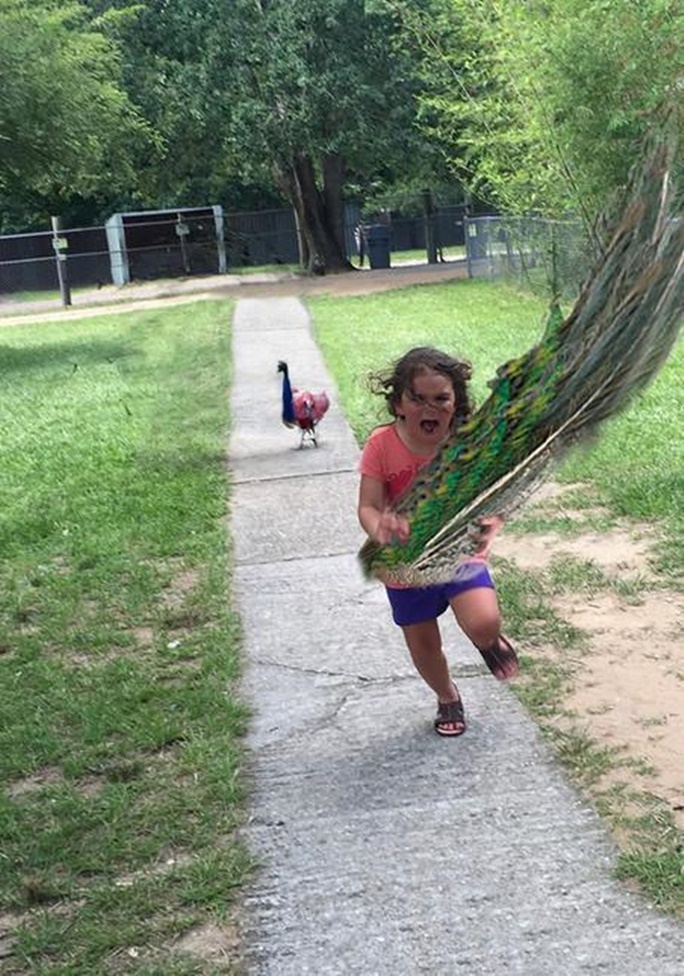 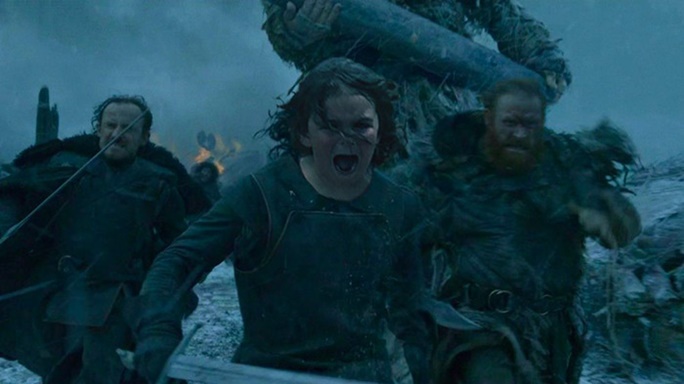 ▼ Running away from a T-rex in Jurassic Park movie. It looks so real! 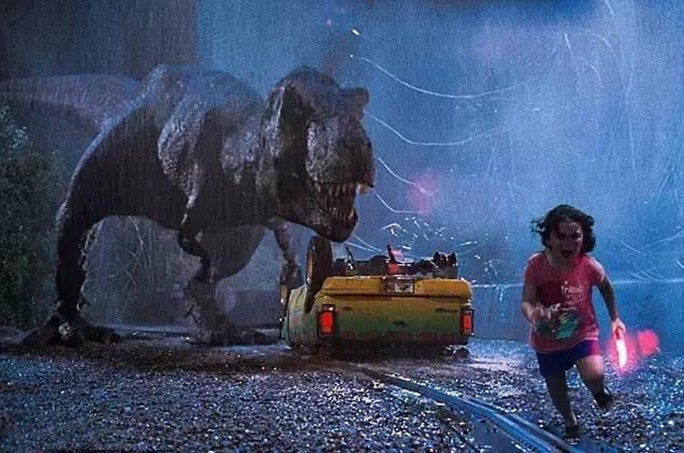 ▼ Another little super hero in the movie Avengers 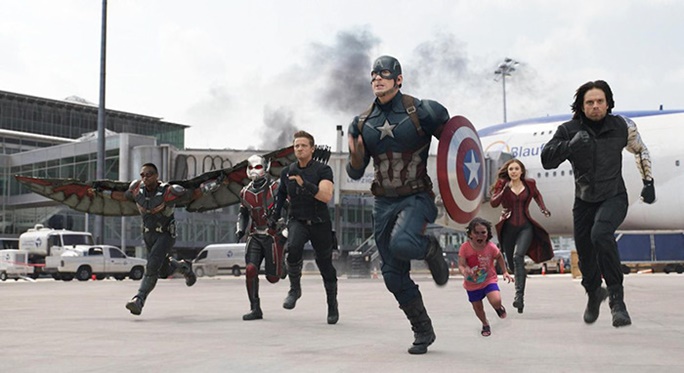 ▼ She is even qualified to run in the Olympics! 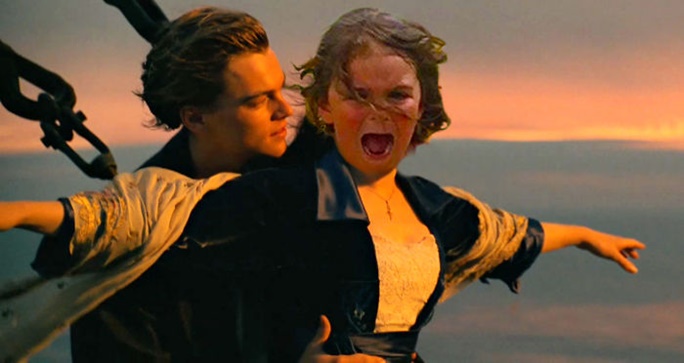 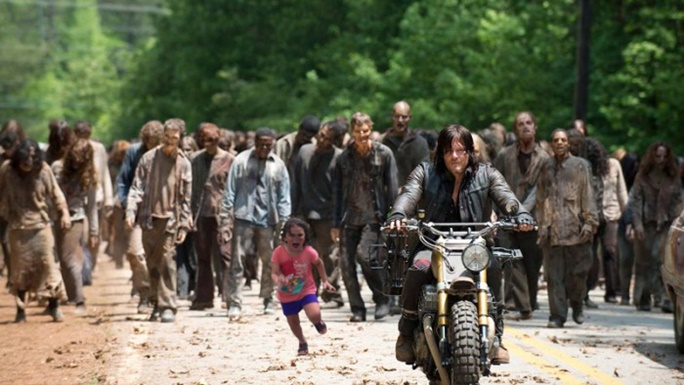 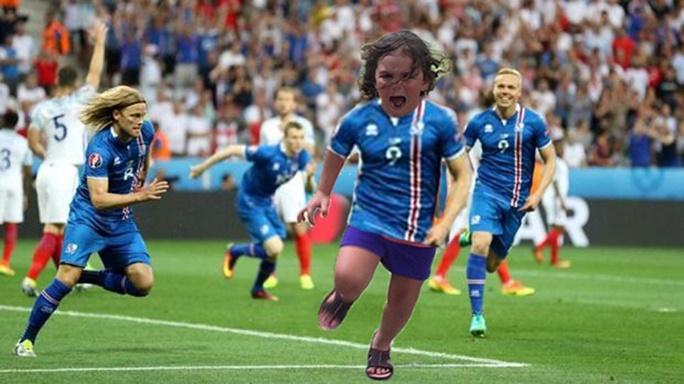 ▼ Eva running from an explosion in a scene from Star Wars

▼ Eva running away from a house fire 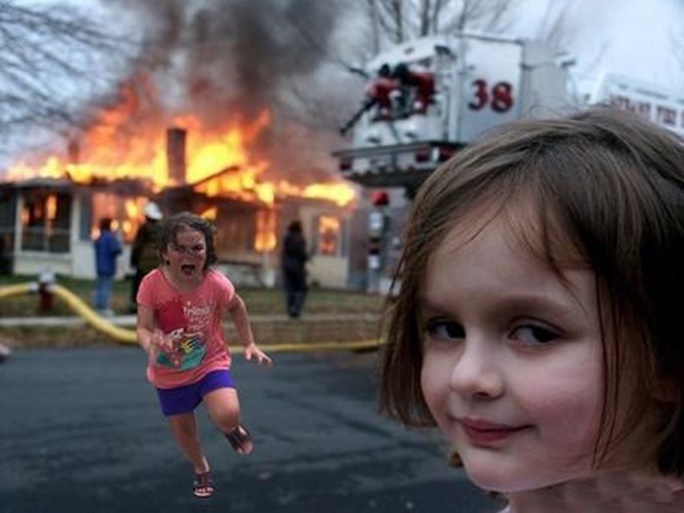 ▼ Oh, she is leading a marathon! 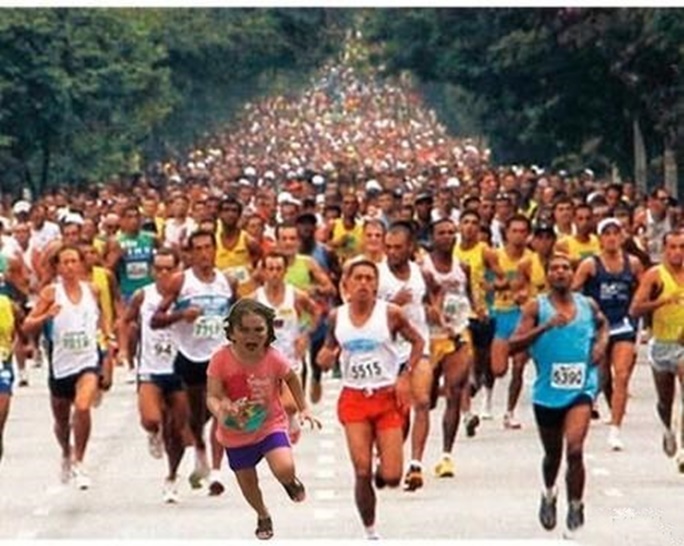 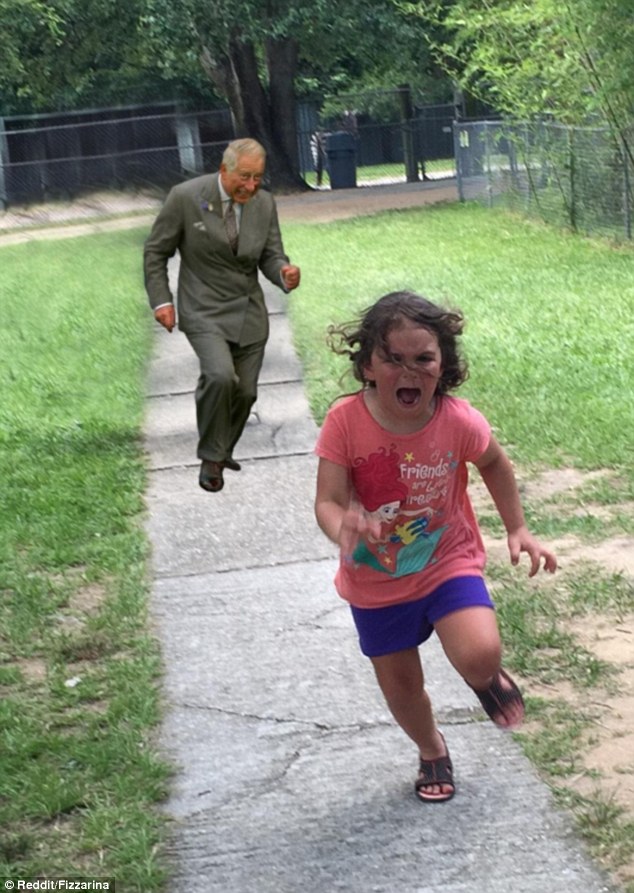 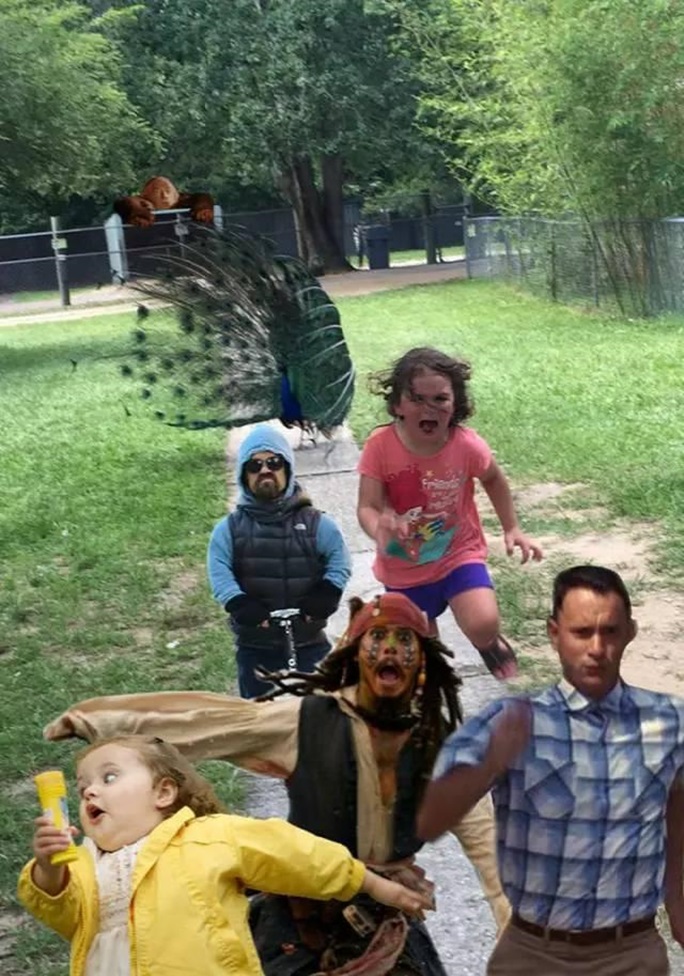 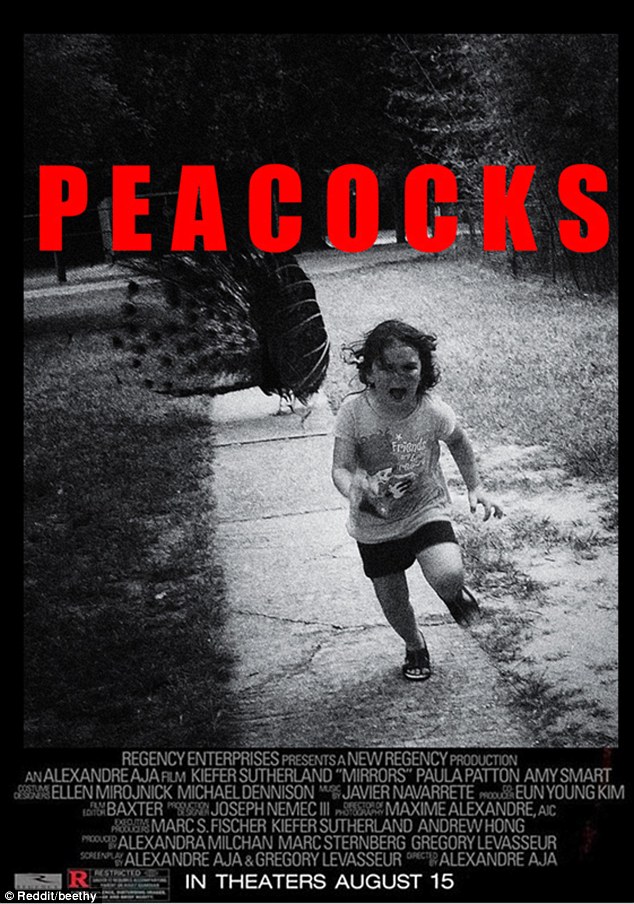 ▼ This time, they swapped places with Eva chasing after the surprised peacock 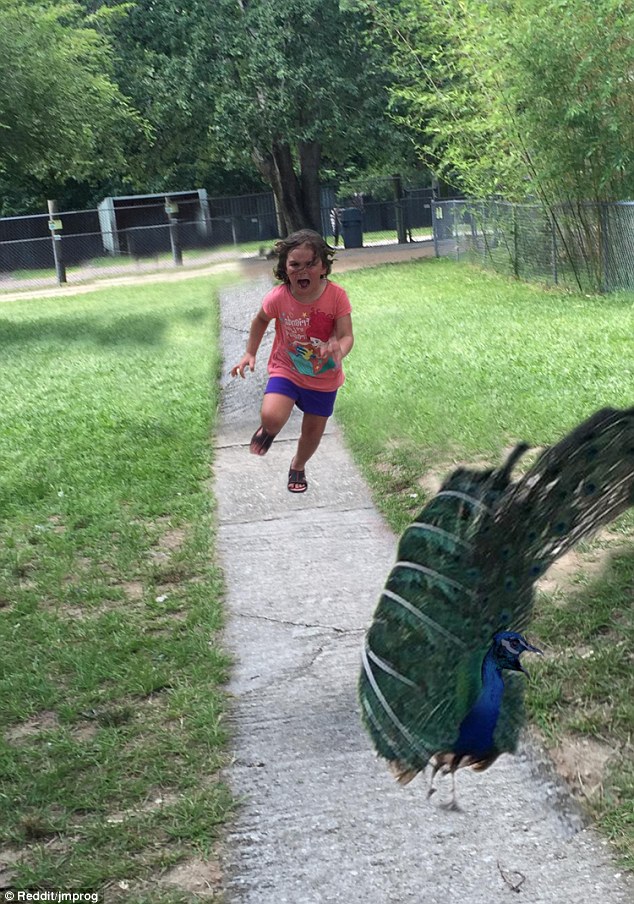 The internet has once again surprised us with these creative and hilarious images. We hope Eva too enjoys her brief appearance as cameo in these famous movie scenes and companies from popular figures! What do you think of these extremely funny photoshopped photos of Eva?