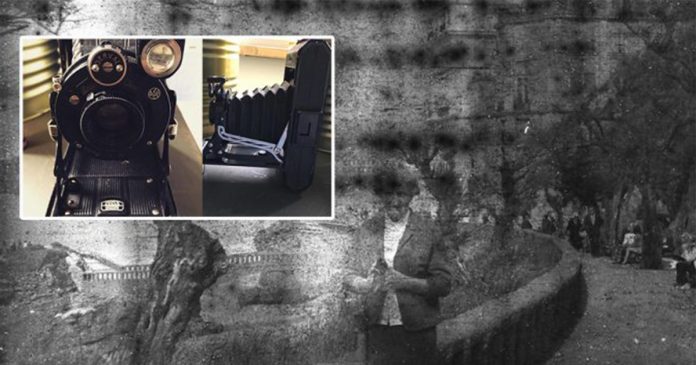 Recently, Martijn van Oers bought a second-hand camera, an original Zeiss Ikon 520/2. To his surprise, the camera contained an old roll of film that had ‘EXPOSE’ written on it. 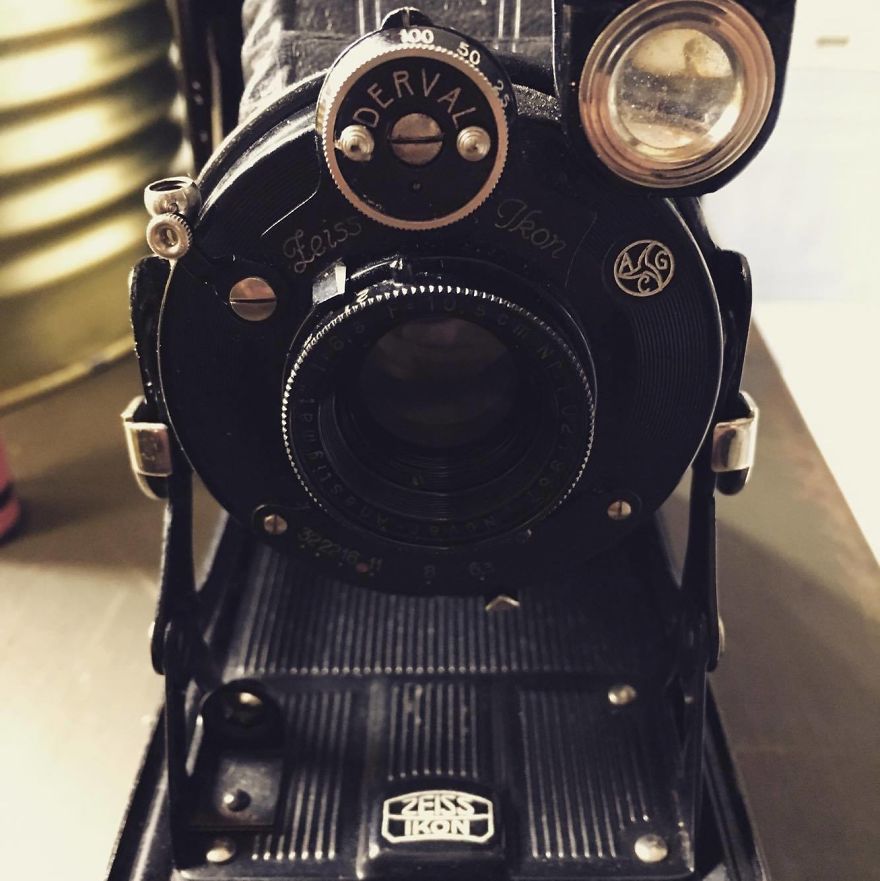 The Zeiss Ikon 520/2 camera from the side angle 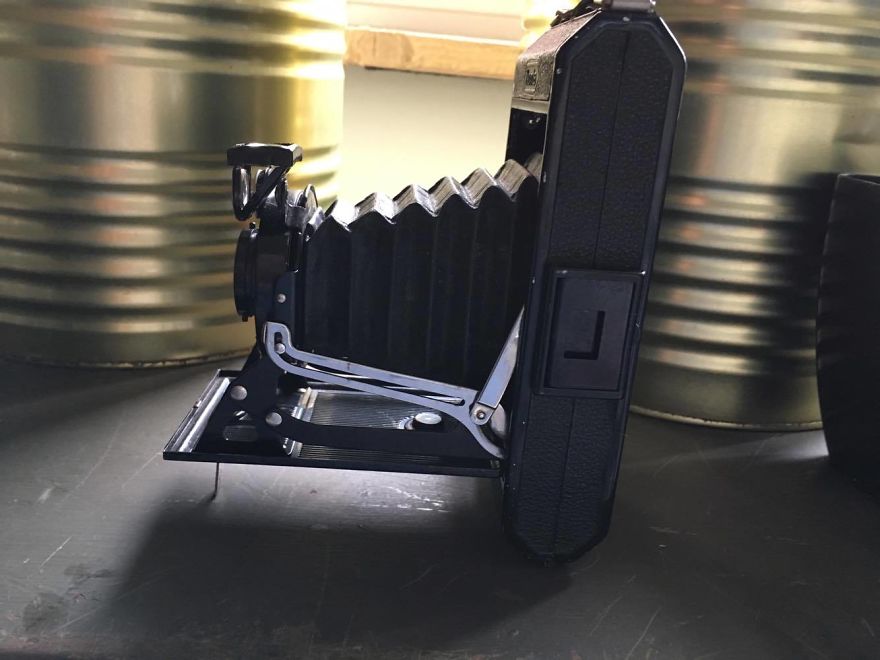 Curious with the film roll, he searched about the camera and found out that the camera was manufactured in 1929 and the film was produced in between 1940s and 1960s 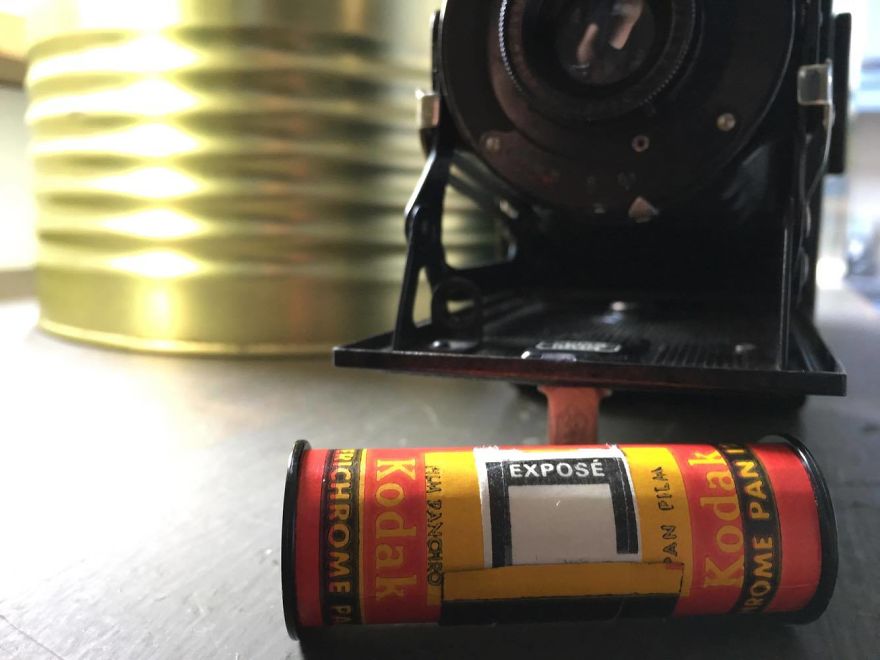 His friend, Johan Holleman is an expert at developing photos from old film rolls throughout his life offered his service to develop the film for him. 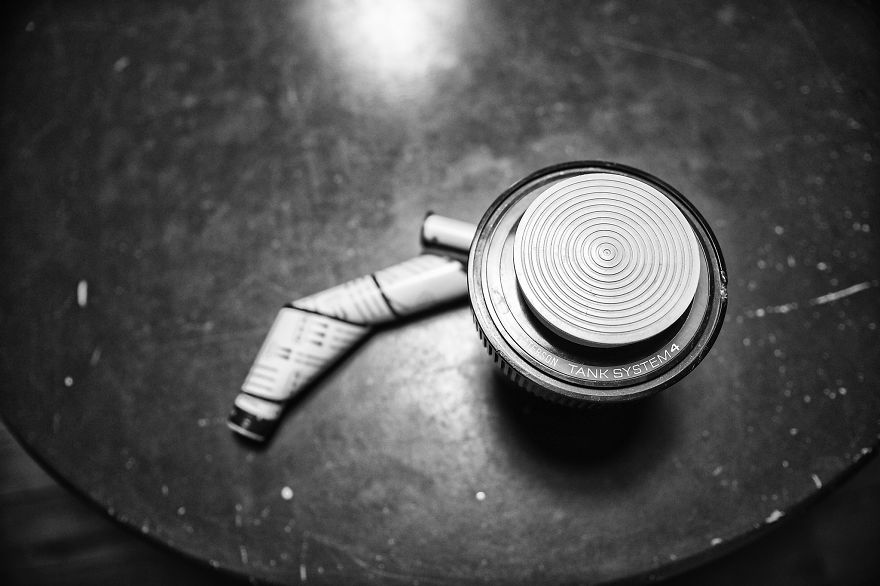 Nevertheless, Martijn had an opportunity to document Johan’s work to develop photos from the 70-year-old film roll 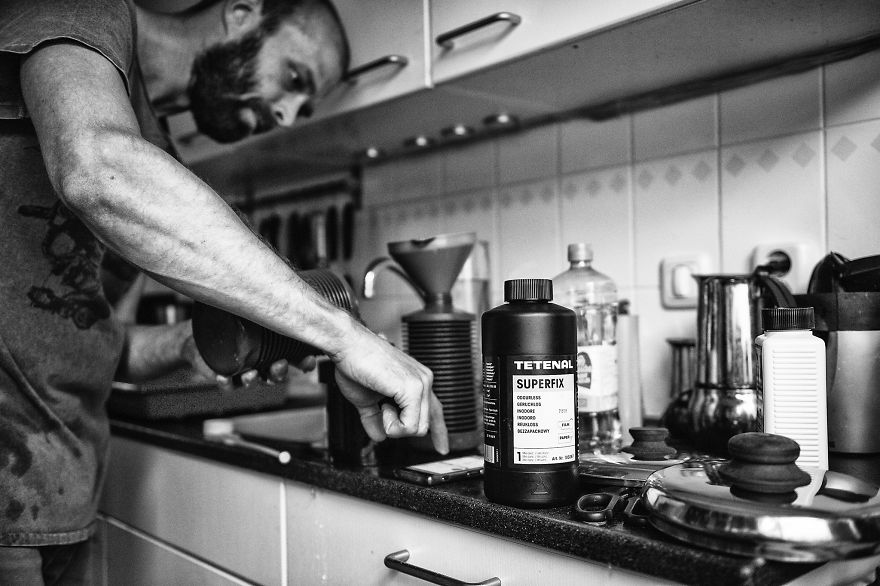 The developing process started with Johan soaking the film roll with developer, stop bath and fixer for a few minutes 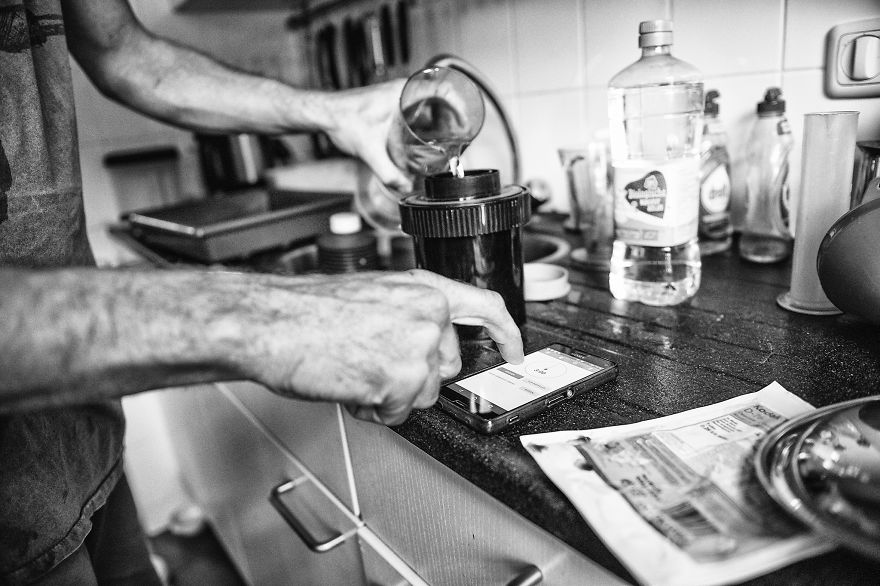 The timing of the soaking process must be right and precise 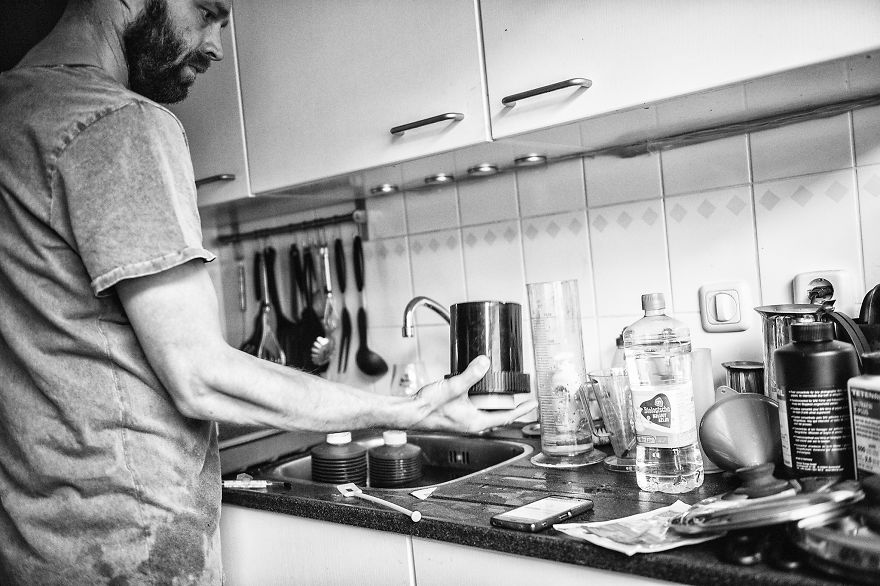 After soaking it with fixer, Johan ran the film under water until there was no traces of fixer on the film 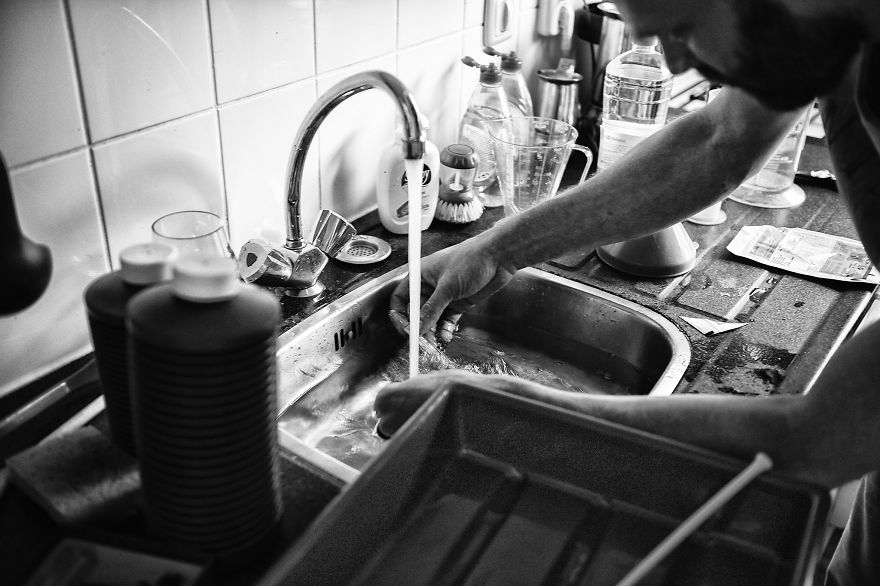 After that, Johan hang the film, added wetting agent and dried it with a hairdryer for faster results They never really thought that the photos would be recovered when suddenly photos showed up on the negatives after the film was processed. 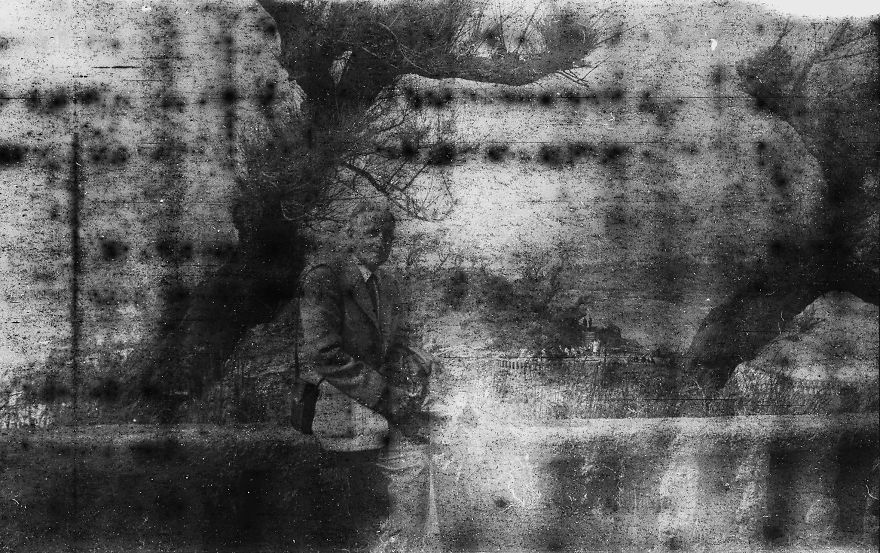 The man probably brought the camera for his travel trip. 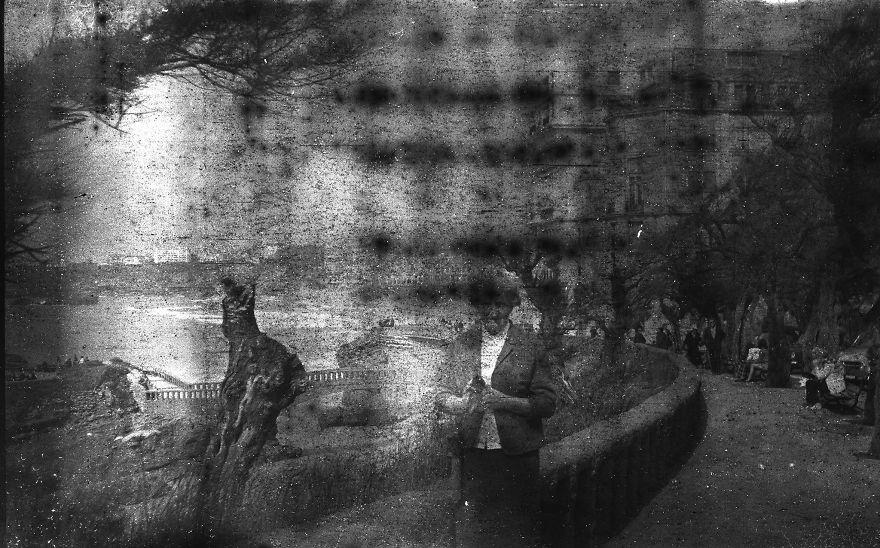 Upon discovering the images, they decided to upload them on their Facebook page.

Martijn’s friend, Wilco commented on those images, saying that the background of the photos looked like Biarritz, a city in the French Basque Country in southwestern France 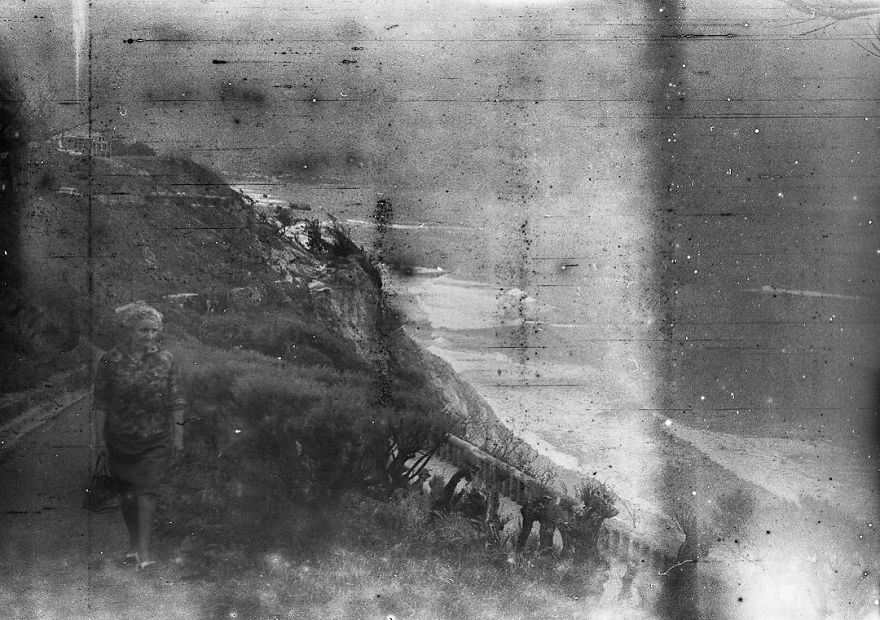 Wilco was very familiar with the city so he immediately recognised the photos as soon as he saw them on Martijn’s Facebook page.

He even sent a Google Streetview image of Biarritz to Martijn.

Martijn was quickly convinced that the photos were taken in Biarritz 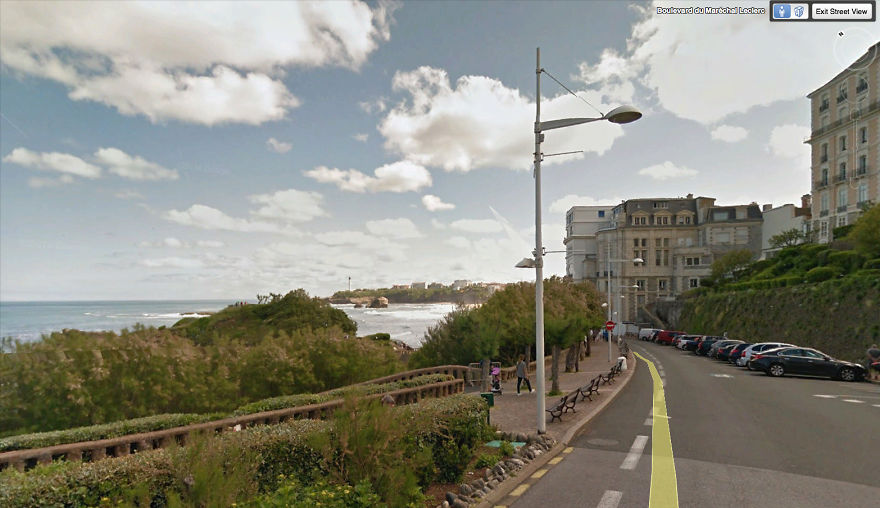 Martijn felt amused and shocked at his small discovery. He felt like he had found a time capsule of a stranger.

However, he planned to give the photos to his rightful owner should the relatives of the man came forward to claim the images. The photos could mean a lot to the couple’s family members. Martijn really hoped he could return the photos to the mystery man’s family one day.

This adorable newborn became popular after photos of him resembling Twilight...