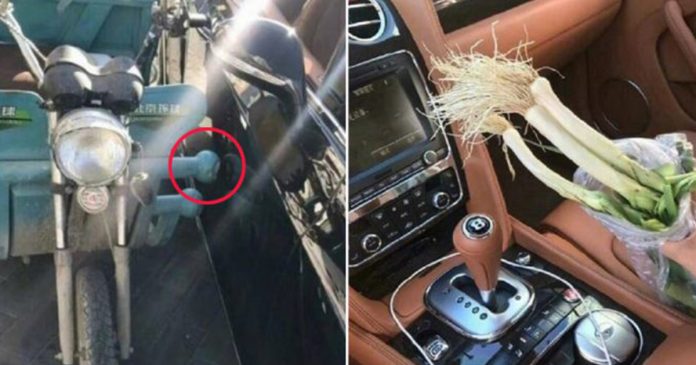 The young man later got down to see the condition of the car where it had a fair amount of damage.

The old man was anxious thinking the driver would be furious and would demand high  compensation.

Since it was an expensive car, the elderly was worried even more 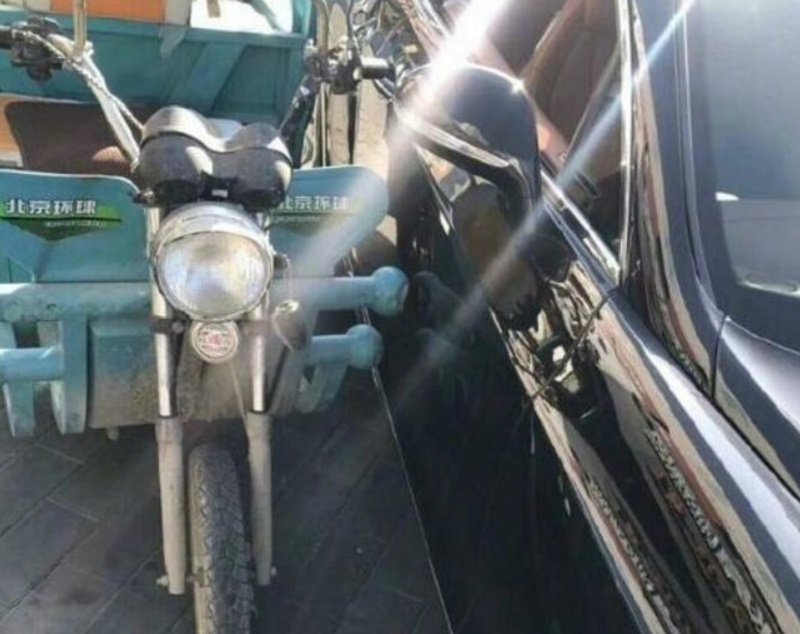 Shockingly, the driver decided not to make a huge fuss but to let the elderly go. He felt bad after looking at the old man’s condition who was physically disabled. However, he did advise the old man to drive safely and watch out for cars all the time.

Being over the moon the senior citizen offered the driver some vegetables from his motorcycle. The old man was extremely touched by the young man’s kind heart.

But the young man gently refused the offer and said he does not need to compensate anything. The old man insisted to pay back the driver’s gestures where he quickly got some leeks from his bike and wrapped them to give it to him.

The old man eventually placed the leeks on the passenger seat of the driver’s car. Finally, this young man accepted the compensation this elderly man even though it was just a pack of leeks.

The pack of leeks given by the old man 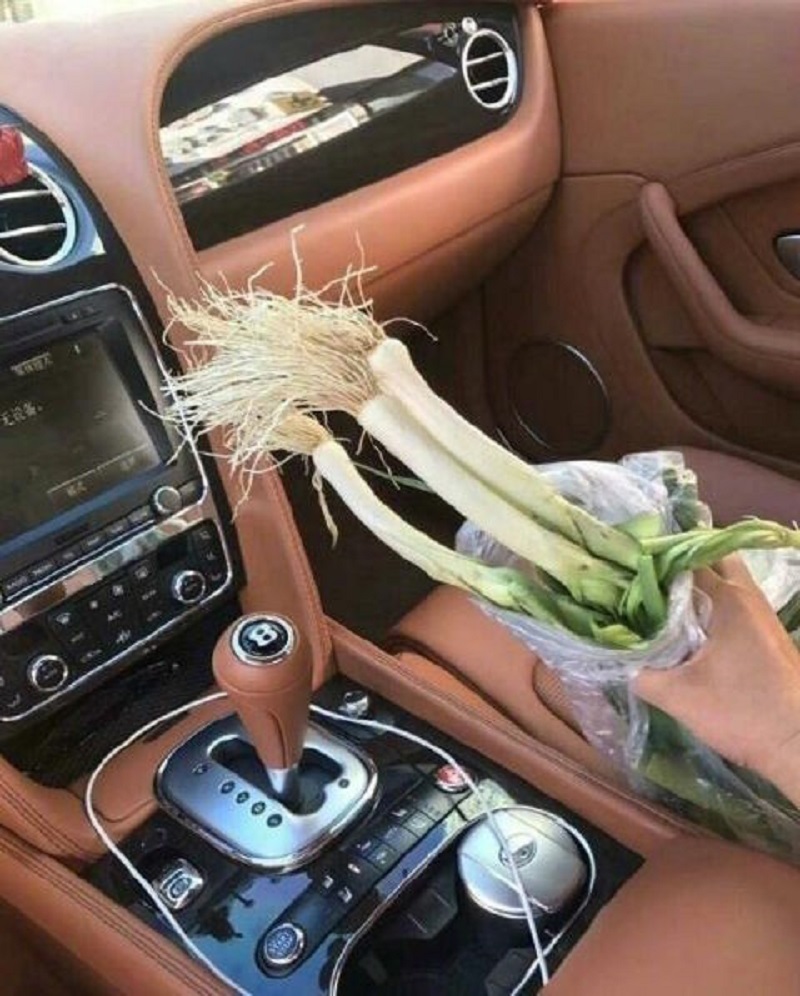 The sweet gesture of the young man has garnered a lot of attention from the public who praised his patience and kindness.