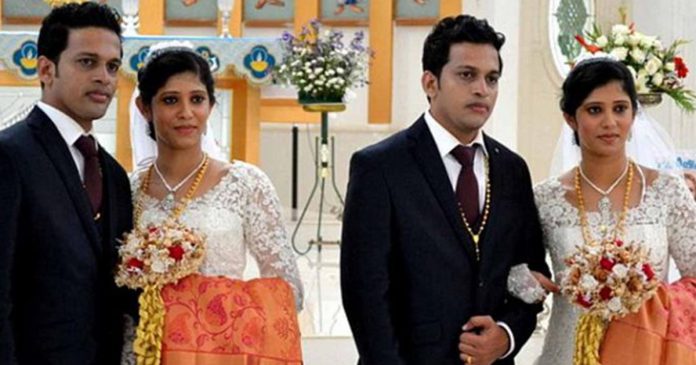 In this strangest of marriages in India, twin grooms got married to twin brides and to make it an all twin-affair, they requested twin priests to officiate their wows. What a twining joy! 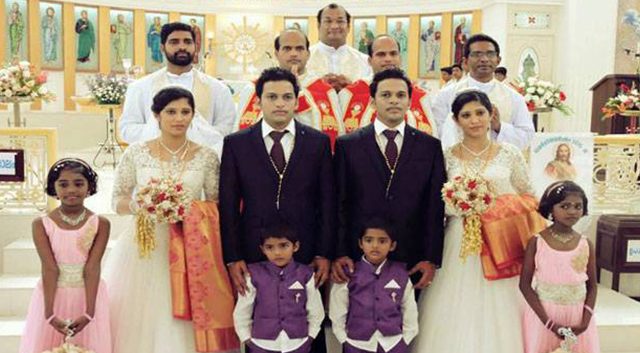 Twins, Dhiraj and Dilkar got married to twin sisters Reema and Reena in St. Xavier’s Church in the Thrissur district of Kerala in southern India. They exchanged wows in the presence of twin priests, Reji and Roji. Their page boys and flower girls were also twins.

According to Daily Mail, as teenagers Dhiraj and Dilkar had decided they would get married to twin and they found Reema and Reena after five years of arduous search.

Both the boys who currently work in IT grew up together wearing same kind of clothes and doing same things. “Even in matriculation exam, we scored similar marks,’ Dinker revealed. After graduating from college, we even landed job in the same company (HCL),” the twin brother told Daily Mail.

Dhiraj and Dilkar were looking for twin girls to marry, it took them 5 years to find Reena and Reema 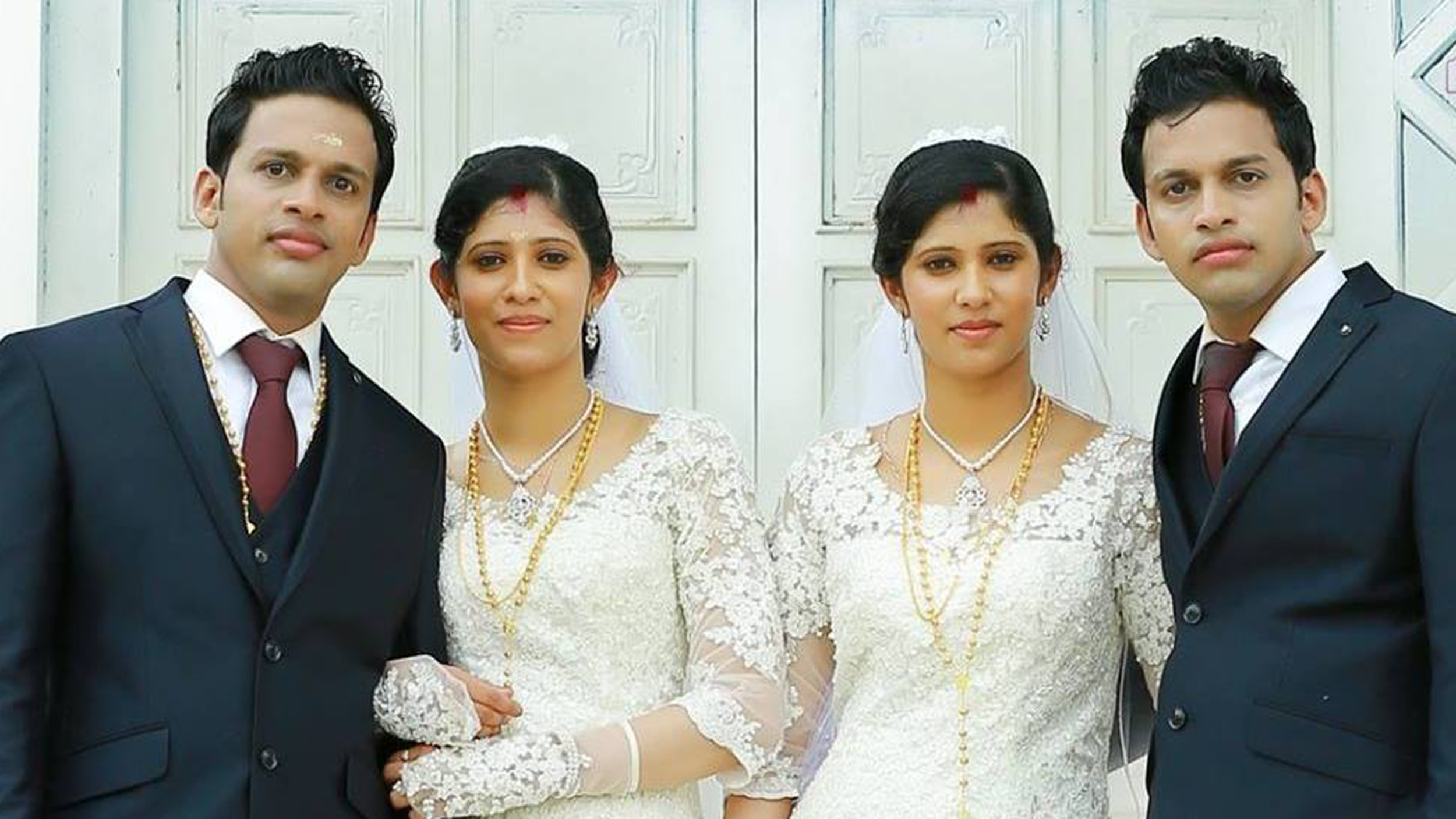 But then the brothers experienced being separated from each other for the first time. “For the first time our life, we were separated after starting our professional career. I was posted in north India, while the company sent Dilraj to the extreme south,’ said 32-year-old Dinker.

When it came to marriage, they decided to register with matrimonial sites and take the help if newspapers, but it wasn’t easy. “The twins were not identical enough. Also, we had to find twins who came from the similar family backgrounds,” they explained.

The two boys are in IT and the twin girls are nurses. They have always studied in the same schools, always done the same things 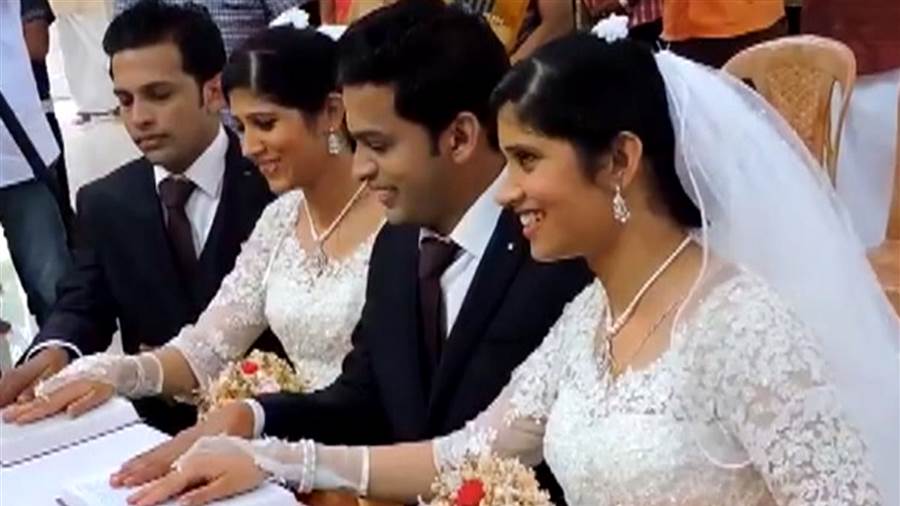 Reema and Reena are both working as nurses and were also looking for twin husbands since three years. Finally the two twins met each other through a matrimonial portal.

“When we met Reena and Reema, we knew it was them we were looking for all this while. Fortunately, they also had the similar feeling after meeting us,” the boys explained.

And when it came to looking for twin priest, they had already met the twin priests Rezi and Rozy but they had a full calendar They also had to travel hundred of miles away from Chennai to Thrissur to officiate the marriage. “We had to wait for months for the priests to come solemnize our wedding,” Dilraj said.

Their story was shared on Facebook and it went viral.

Secret edible ingredient was used to build the majestic walls of...