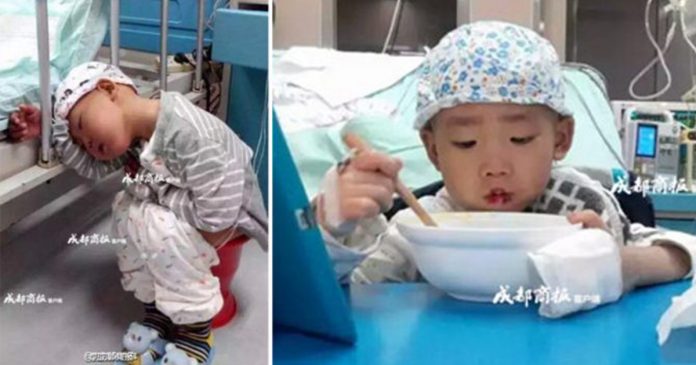 A four-year-old boy named Du Sihan, asked his mother to bury him as he could not stand the devastating pain in his body. Du Sihan had severe pains due to an inherited blood disorder called Thalassemia. The poor boy had been diagnosed with severe Thalassemia a few months after he was born.

Thalassemia is an inherited blood disorder in which the body makes an abnormal form of hemoglobin. Hemoglobin is the protein molecule in red blood cells that carries oxygen. This leads to bad blood circulation.

“Please bury me mommy, I cannot bare with this pain anymore!”

This boy goes through so much pain every single day of his childhood. Du Sihan was always too weak and tired to do anything but to request to be buried by his loved ones.

The journey of his agonizing pain was shown to the public through social media. Where many readers were devastated to see this boy’s condition and began to reach out by donating money for his medical expenses. 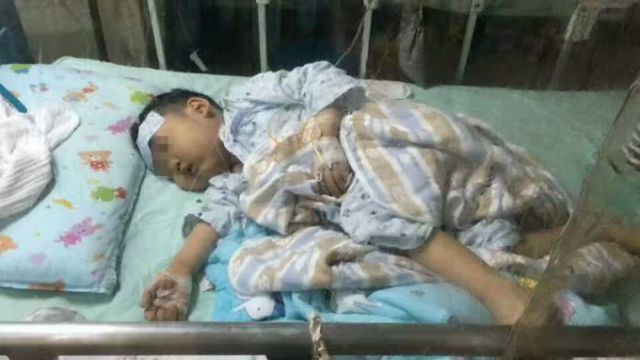 At first the boy’s mother did not take his comment seriously, for she thought he was just being a typical child.

The mother would respond like: “Where do you want mom to bury you? Do you want to play hide and seek with me?”

However, Du Sihan was stern and replied his mother in a serious tone. 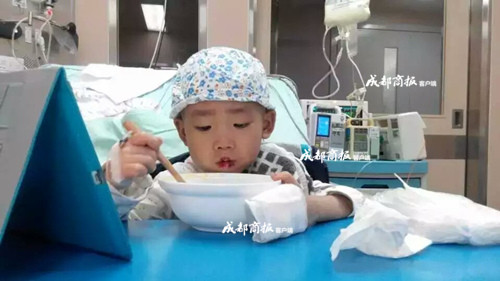 He would later continue to utter the same sentence to all of his family members and so they used to tell the boy that ‘everything is going to be alright’.

During his treatments in the hospital, the poor boy withstands the excruciating pain. Sometimes he even screams but he will never cry, because he knew it would upset his mother.

Seeing Du Sihan’s reaction, his mother would tear up and he would try to console her.

The donation collected really helped the boy, where he was ready to undergo for a bone marrow transplant surgery. Despite the surgery he suffered from bacterial infections where he continued to have high fever for 20 days and bile infections for the rest 40 days.

While enduring the pain once, he broke a couple of his teeth by clenching into them too hard. Instead of crying, Du Sihan bares the pain by hurting himself. Seeing his depressing situation, his father finally decided to have another transplant in Guangzhou, China. 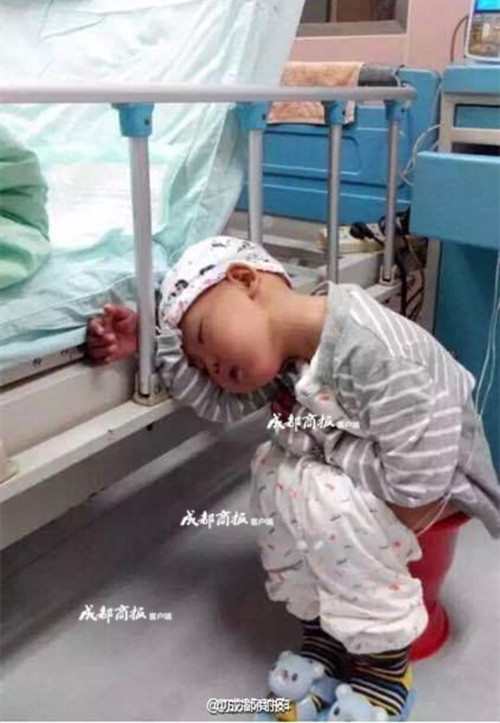 After having to tolerate and suffer such pain, he told his mother with a sad face.

“If I leave now, you would be able to focus on yourself,”said Du Sihan.

Those were his last words before closing his eyes slowly and sleeping soundly forever.

“It is for the best, my boy left this world with a lot of pain but now is is relieved of all the pain,” said Du Sihan’s mother while sobbing.

It is devastating to see him go through physical and mental pain internally, every single day of his life until his last breath.

It hurts his parents knowing his dreams of being buried came true. This left a very hurtful scar for Du Sihan’s family and also to the people who reached out to help.