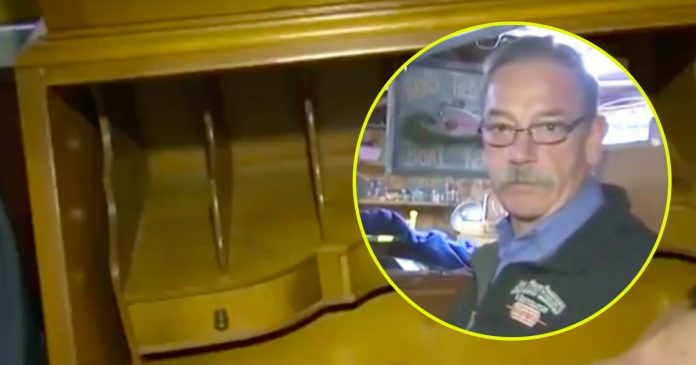 In 2014, a man in Massachusetts thought he was just buying a beautiful new piece of furniture for his home. The Governor Winthrop secretary desk is a classic design, and at only $40, Phil LeClerc couldn’t pass up the opportunity. He won the item at the Holbrook auction house, and once he got it home, he started to examine it more closely.

The desk wasn’t without imperfections. There were some chips, it was missing a foot, and the ornamental finial was missing. LeClerc later said that he found the finial in one of the drawers, making it the second most interesting thing he found while examining his purchase.

Phil LeClerc started to shake the desk to see if anything was going to fall out of it. To his surprise, a small white envelope hit the floor 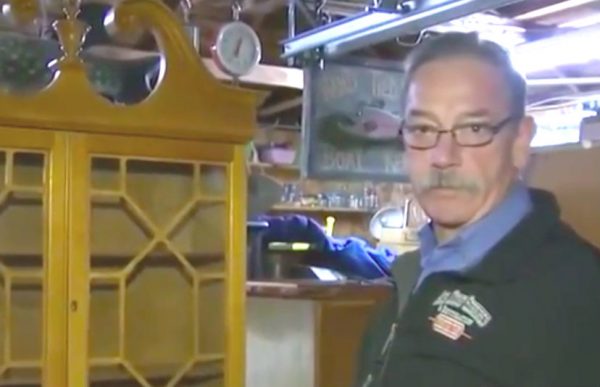 The Governor Winthrop secretary desk is a model known for it’s “secret compartments.” There are an innumerable number of small crevices, hidden sliding drawers, and inconspicuous slots where owners have been known to hide valuables.

However, the fact that LeClerc found $127,000-worth of mature bonds inside the desk is nothing short of a small miracle.

When LeClerc looked inside the envelope, he found $127,000 dollars worth of matured savings bonds 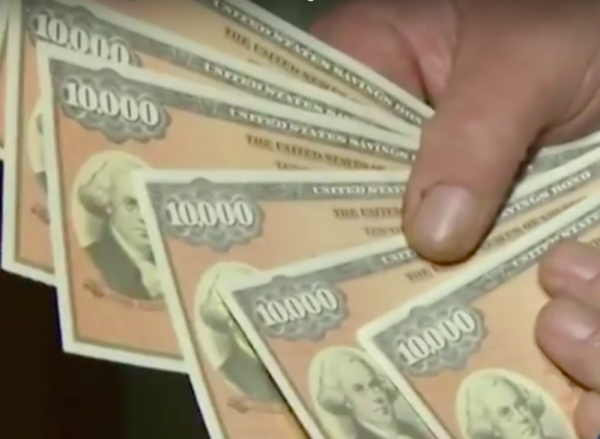 Imagine LeClerc’s shock as he realized he’d just turned a $126,940 profit on a desk he’d purchased earlier that day. He said he was originally looking for any knobs or handles that might have fallen off and been stored in one of the many drawers throughout the years.

“I banged the desk forward and when the knob came out the envelope dropped,” LeClerc told Wicked Local. “The first thing I saw was a $500 bond.”

Faced with the decision of what to do with the bonds, LeClerc didn’t hesitate. He called the auction house and tried to get in contact with the original family.

As it turns out, the family had been looking for the savings bonds for some time 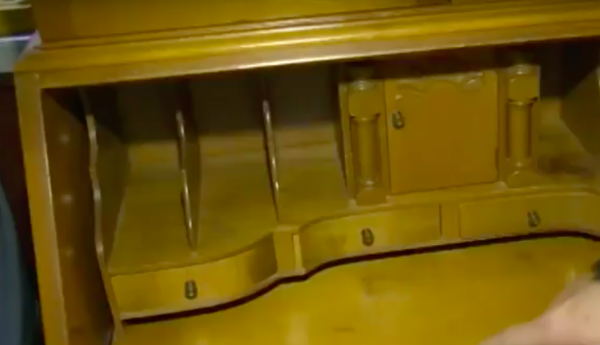 LeClerc got in touch with the son of the man who was the original owner of the desk. As it turned out, the desk, along with a number of other items were being auctioned off to help cover the cost of medical expenses and an assisted living facility for his 94-year-old father.

“The family had been looking for them for years,” said Marg-E Kelley, operator of the auction house where the desk was sold. “He was so happy. It could not have happened to a nicer guy.” 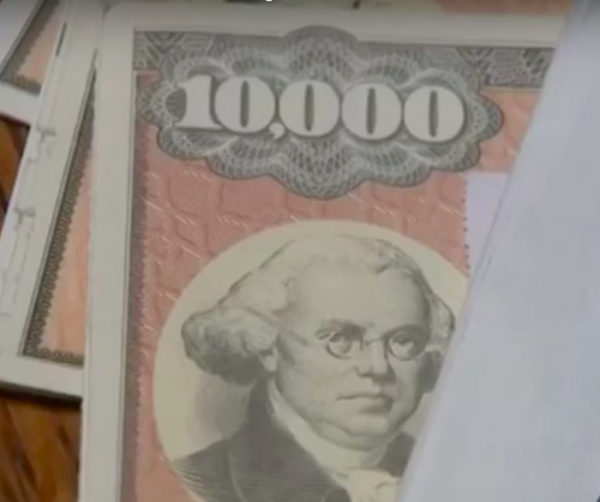 The family asked to remain anonymous but told reporters that the money couldn’t have come at a better time.

“It was a great find,” LeClerc said. “It was even better after hearing the story of the family.”