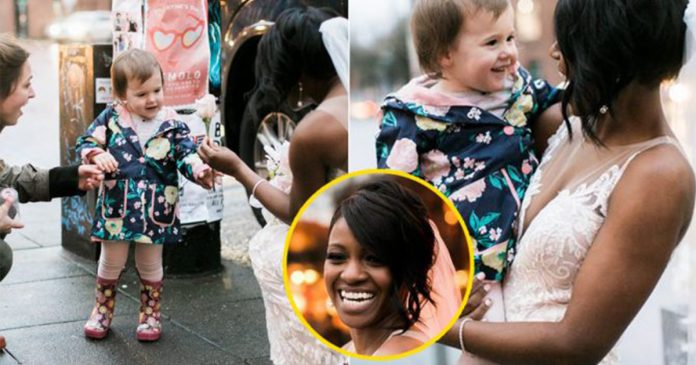 A little girl’s dream came to live when she mistook a new bride for a princess in her beloved book. The toddler and her mother were walking down the streets of Seattle, when the girl spotted the newlywed.

Shandace with her husband Scott were taking their wedding photos when this adorable little girl was walking by.

At that moment the girl had a book in her hand and she thought that the bride is the same princess from the book she is holding in her tiny hands.

The girl believed Shandace was the princess on the cover of her favorite book, The Woman in White by Wilkie Collins 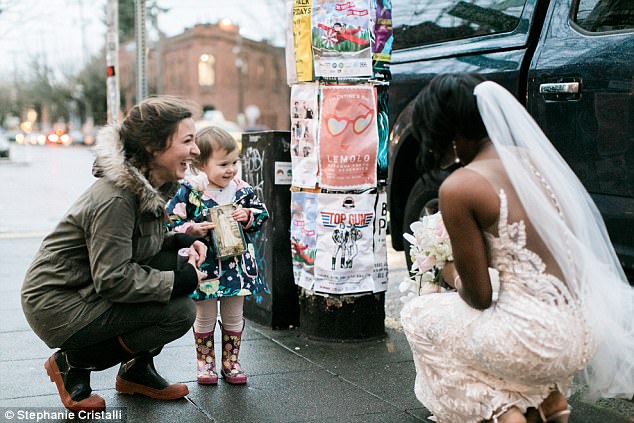 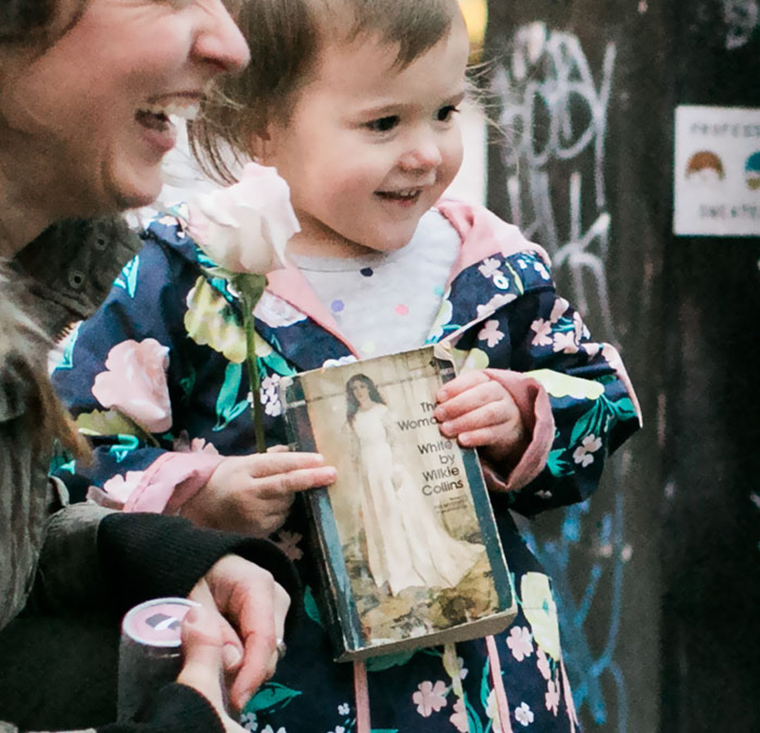 Later the bride noticed the little one and caught each others gaze where they smiled and began interacting. 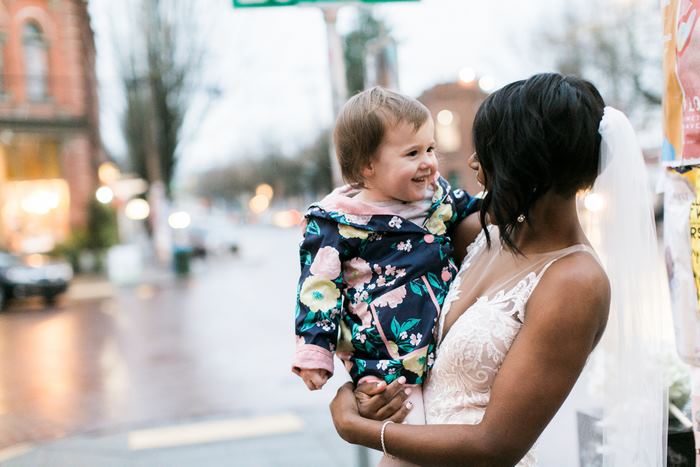 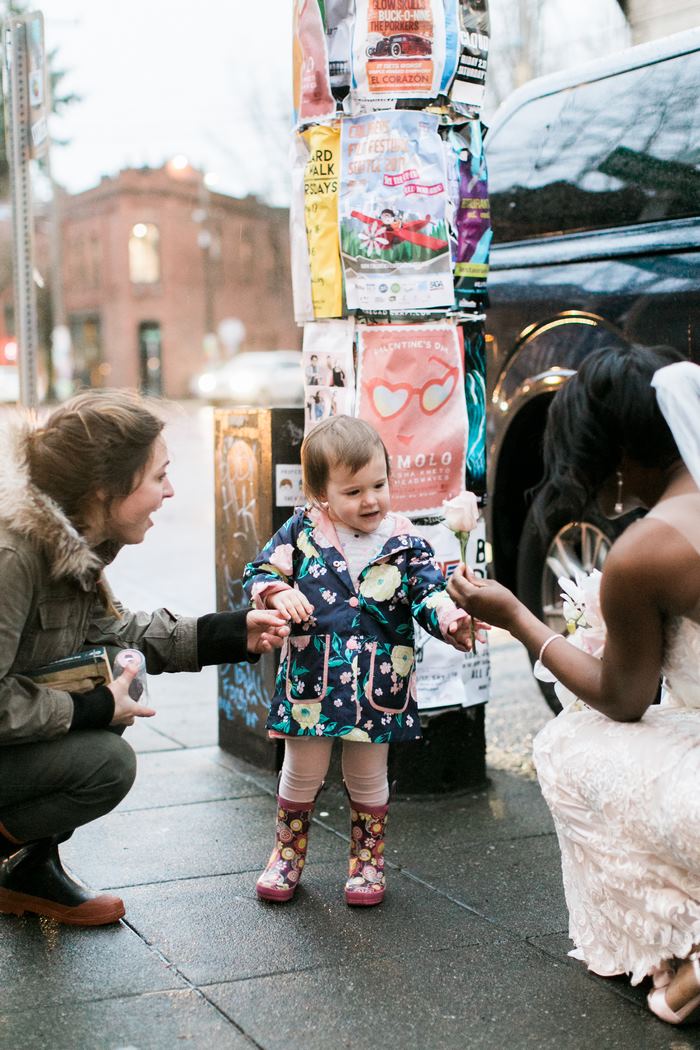 Just look at her precious smile 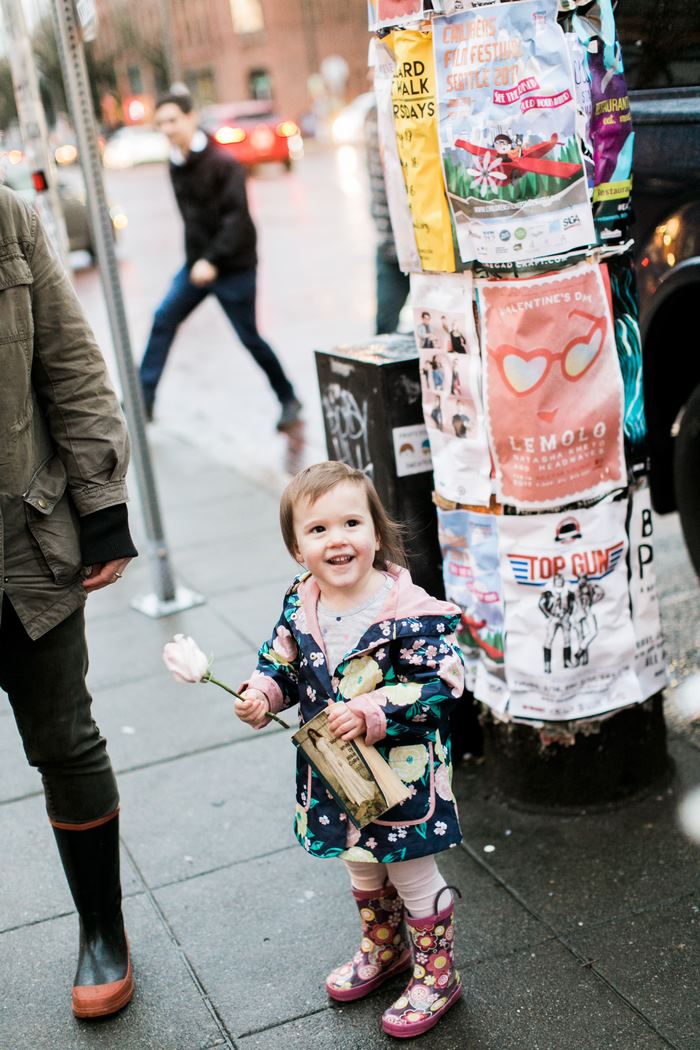 “Your wife is forever the Princess of Ballard to her,” the little girl’s mom told Scott.

Since this all occurred during their photo shoot, photographer Stephanie managed to snap some amazing photos.

And it made the little girl’s day 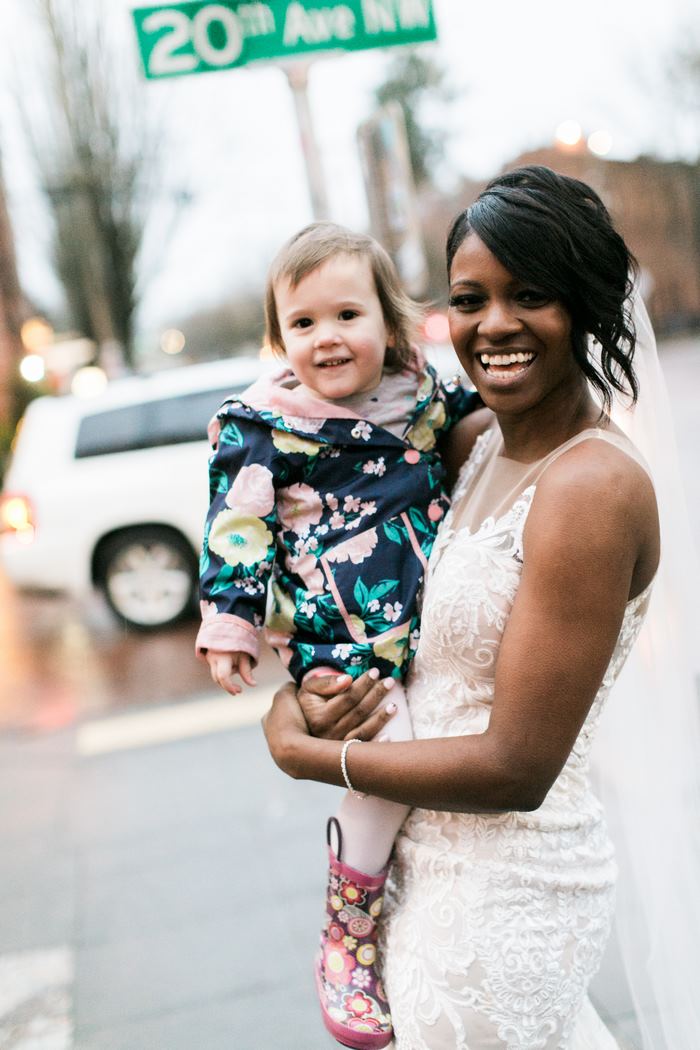 Wedding photos are the best memories one can have, but I bet this couple will cherish theirs even more with the appearance of this little girl.