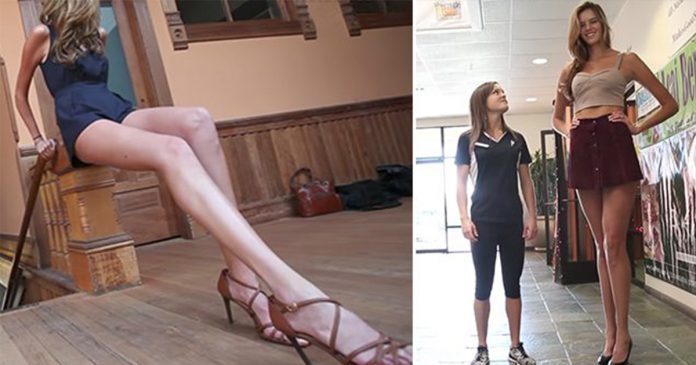 Chase Kennedy is not someone you would easily miss in a crowd. In fact, you can’t not notice her. Kennedy is among America’s taller women at 6’5’’, and her long legs are the longest in the country at 51 inches. 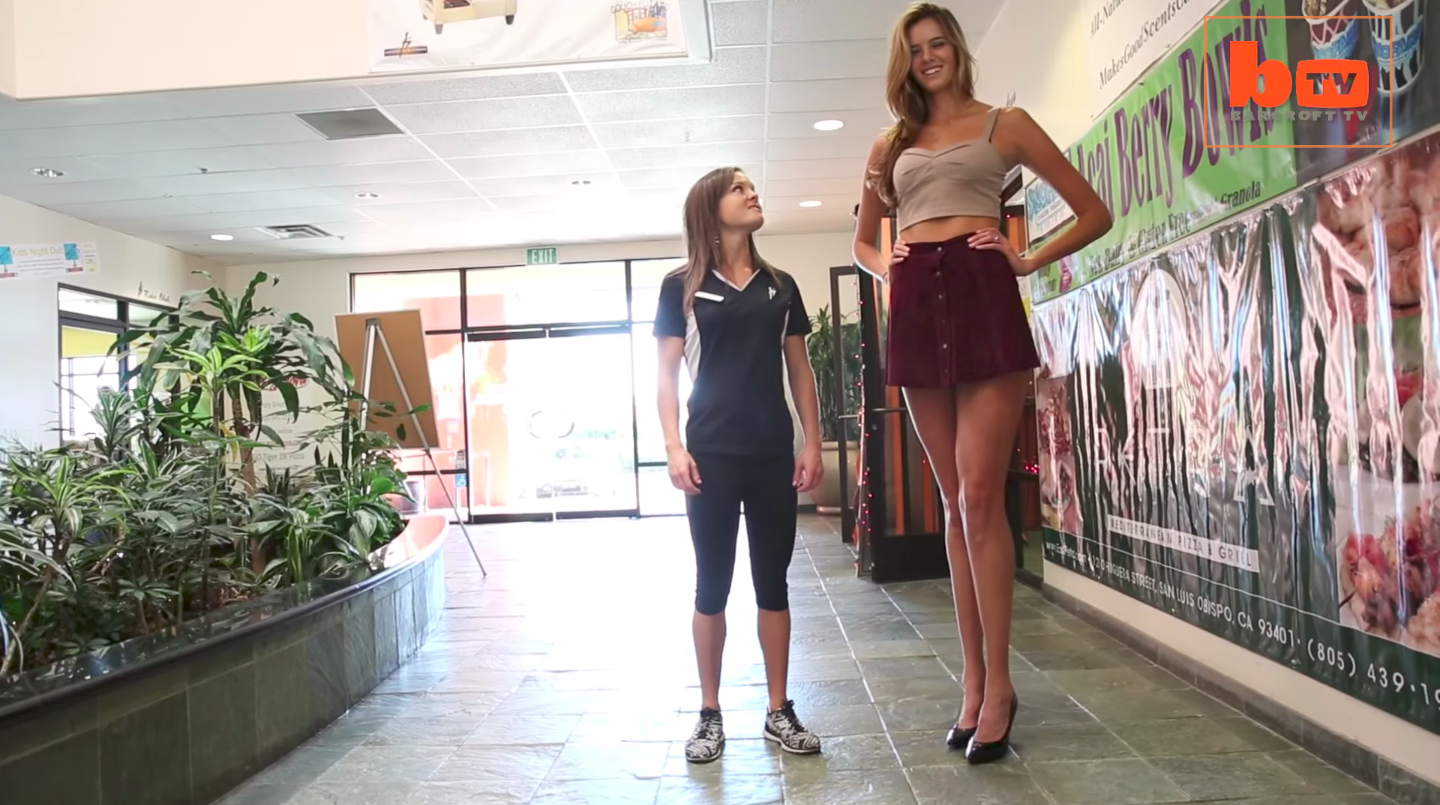 Kennedy, in her mid 20s today, had a tough time growing up. She was always the tallest girl, and even towered over most boys.

Other children used to tease her by calling names like “giraffe,” “twiggy,” and “legs.” She always dreamed about having shorter legs so that she could blend in. 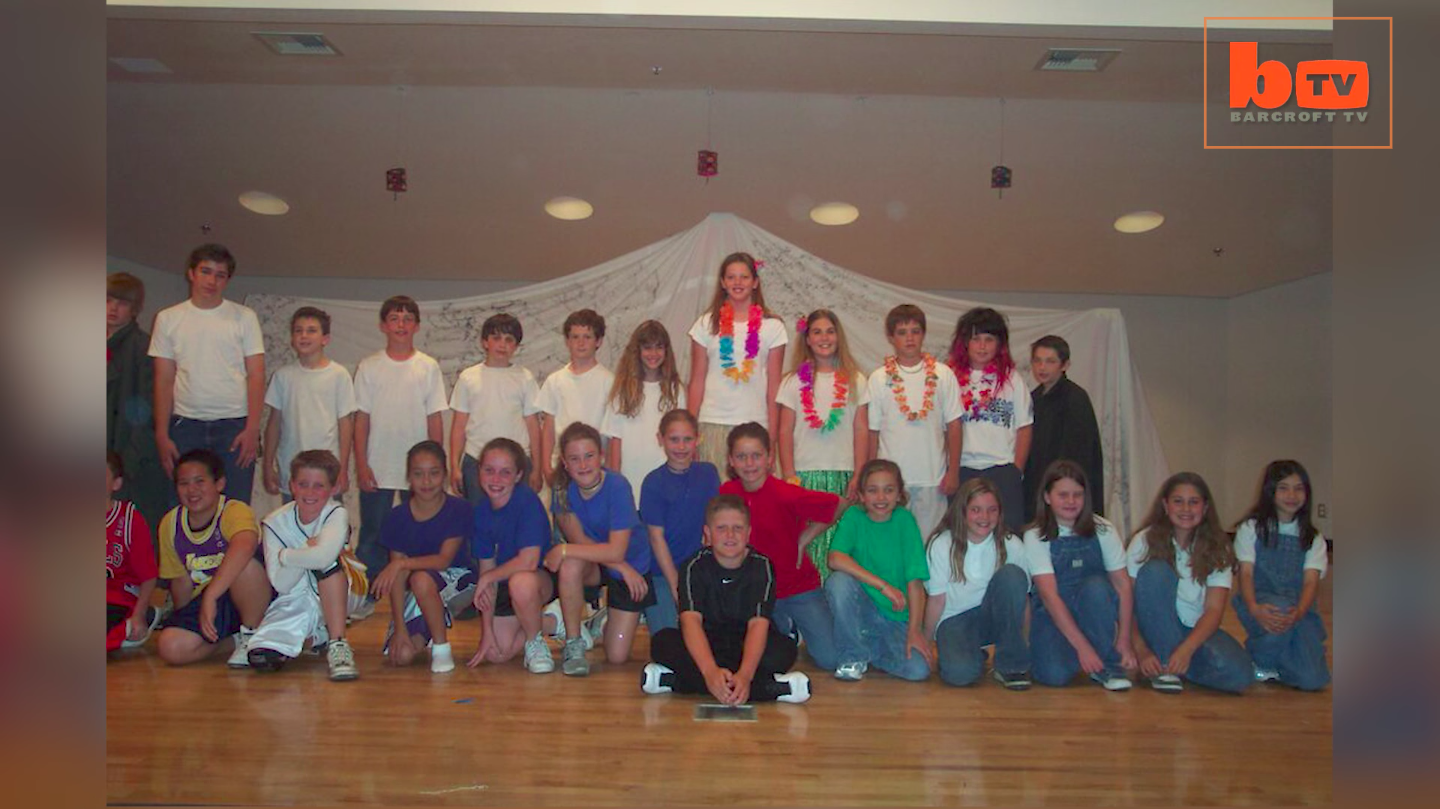 But, there was one subject that she excelled in—sports. In fact, in games like volleyball and basketball, Kennedy soon realized that her height was a blessing. No matter which team she belonged to, she always ended up being one of the tallest girls of the match. And that was something she used fully to her advantage. When she became an adult, dating became a problem for Kennedy—she just couldn’t find a man tall enough for her. Add to her woes, shorter guys were put off by her height.

“In high school, dating was very difficult because boys were intimidated by my height and I towered over a lot of them,” she says in an interview with the Daily Mail.

She also faced problems in the modeling industry initially. 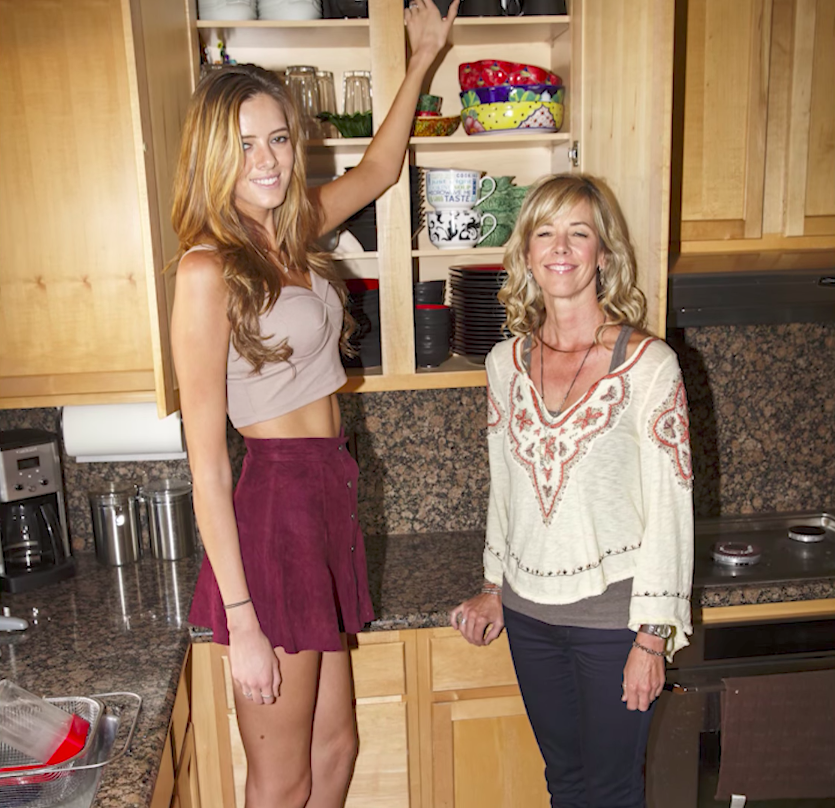 While most agencies turn down women because of their short stature, in Kennedy’s case, it was the exact opposite. “They (agencies) told me time over time, ‘We don’t know what to do with you,’” she said, as reported by Stuff. Kennedy tried her luck in New York and Europe.

And soon, she got the attention of agencies, who fell head over heels with her 51-inch-long svelte legs. Unlike what she once thought during her school days, Kennedy admits that now, “I would not change my height. I would be the height I am.”

“At the end of the day I’m really happy to be as tall as I am,” she added. With the longest legs in America, Kennedy is a rare human specimen. And despite having a tough childhood because of her legs, it’s great to know that it was eventually her legs that landed her fame.

Check her out here: