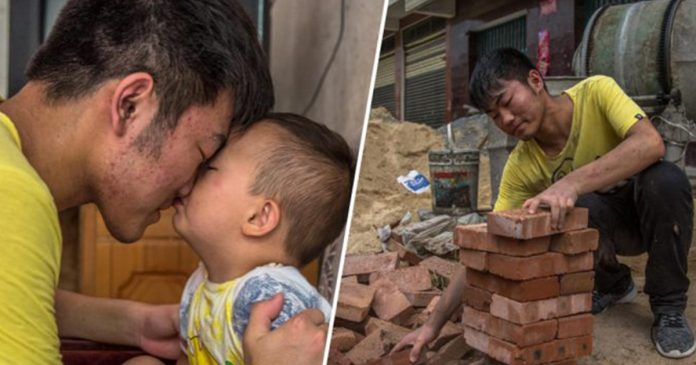 Love between family members is always the strongest bond and a 19-year-old Chinese student proves that he will do anything to save his sick 3-year-old brother.

The student, Ma, came from a poor family and they live in a poverty-stricken village in Hubei Province, China. Ma’s family is already struggling financially and it becomes worse when Ma’s younger brother is diagnosed with leukaemia.

Ma’s brother at their house in Hubei Province

Because of his brother, Ma studied very hard at his school. He wanted to become a doctor so that he can cure his brother’s illness.

“I must enter a medical school, only then I have a chance of curing my brother,” Ma said

He scored a total of 456 marks on his final exam

While he is working at the construction site, his 80-year-old grandma takes care of his sick brother. His parents also work to earn a living and to save up money for their ill son.

Recently, Ma found out that he finally has enough money for his brother’s treatment, thanks to the generosity of the public who donated money after his story became viral on social media.

Ma burst out in tears when he received the good news. “Finally my little brother can be saved!”, said Ma, relief pouring through him

We hope that Ma’s little brother’s bone marrow surgery will be successful and he can regain his health back. To Ma, continue to study hard to become a doctor and we wish you all the best in the future!