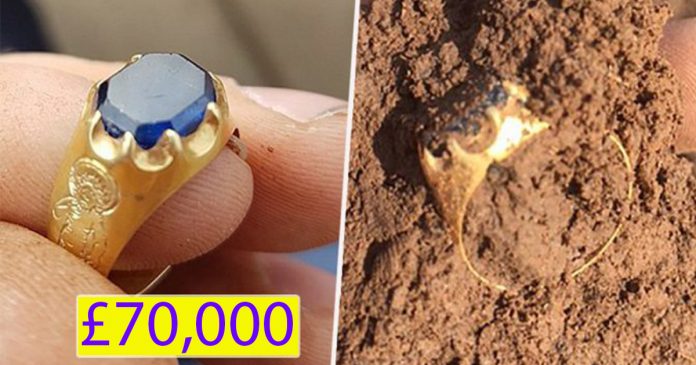 Sherwood Forest is a royal forest in Nottinghamshire, England, best known by it’s historical association with the legend of Robin Hood who robbed the rich to help the poor.

In 2016, a lucky amateur treasure hunter, Mark Thompson may have found his fortune in the said woodland as he discovered a medieval ring that could be worth up to £70,000.

34-year-old Mark Thompson earns a living by spray-painting fork lift trucks, and he had only taken up the hobby 18 months before discovering the ring. Amazingly, he found the ring using a metal detector in less than 20 minutes.

Sherwood Forest is best known for the legend of Robin Hood

This beautiful medieval ring was discovered in the dirt by Mark Thompson and believed to date back to the 14th century that could worth up to  £70,000 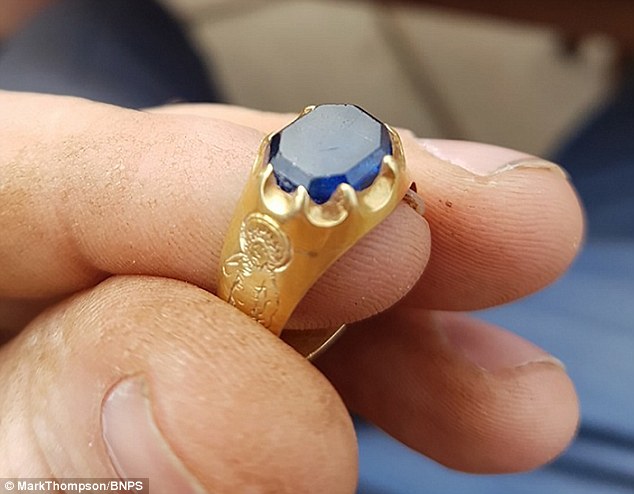 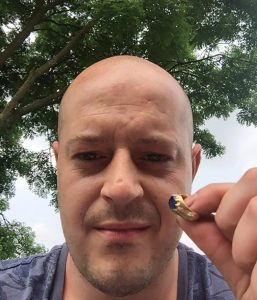 It is believed the ring, which is engraved with an infant Christ on one side and a female saint on the other, dates from the 14th century 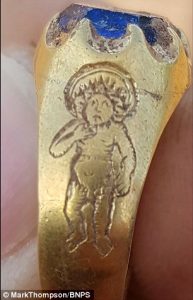 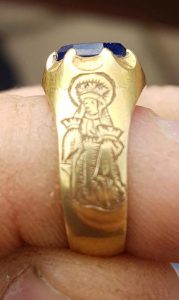 At first Thompson was expecting to find some dropped money or rubbish left behind by tourists but then a glint of gold and the metal detector alarm caught his attention.

He quickly removed the surrounding dirt and he realized it was an ornate piece of jewelry which appeared to be adorned with a precious sapphire.

“I called my friend who came down to take a look and help see whether there was anything else related nearby.

“It’s the find of a lifetime – I never expected to unearth anything like that. I’m still in shock when I think about it – it was such an exhilarating moment.

“If it does prove to be as valuable as we think it might be, it would completely change my life.

“I’m renting at the moment and I’d love to be able to buy a house or move into somewhere more comfortable.”

Thompson found the ring in the dirt 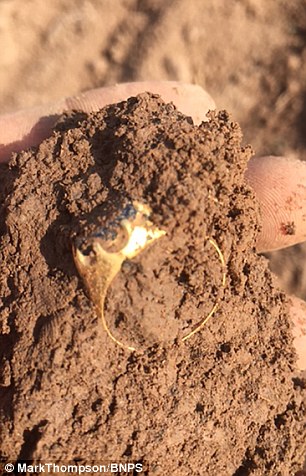 The ring is undergoing tests at the British Museum 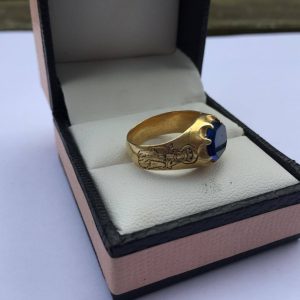 Dot Boughton, a regional finds liaison officer, confirmed that the ring was undergoing tests at the British Museum and the case has been referred to the coroner so it can be formally classified as treasure.

Ms Boughton’s report into the ring compared the stone with one used on the tomb of former Archbishop of Canterbury William Wytlesey, who died in 1374.

A report into the ring by Dot Boughton, a regional finds liaison officer, compares the stone with one used on the tomb of former Archbishop of Canterbury William Wytlesey, who died in 1374 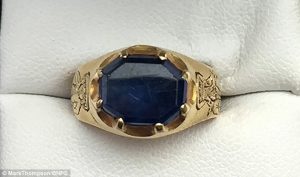