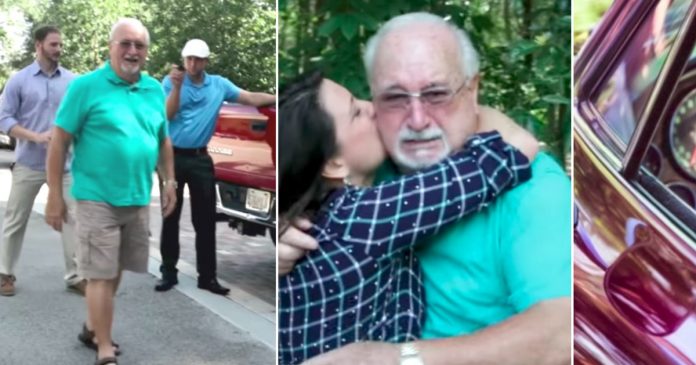 Father’s Day is a chance for us to make our fathers feel special and to thank them for the love they gave and the sacrifices they made raising us. It is also a chance for a son or daughter to grant dad the “thing he always wanted” to pay him back for his efforts.

Lisa’s father, Bob, had always been big into cars, an interest that rubbed off on Lisa as well. Although Bob had owned many lovely cars during his 80 years on earth, one car he had never owned, but had always to, was a Corvette.

Lisa, meanwhile, had been wanting to present him with his dream car for a while; and this was to be the year where she would make his wish come true … but it was to be an epic surprise! 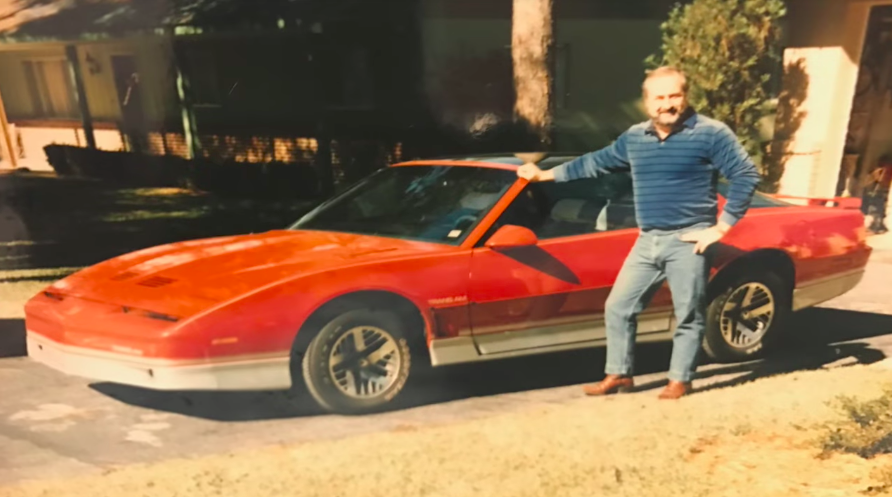 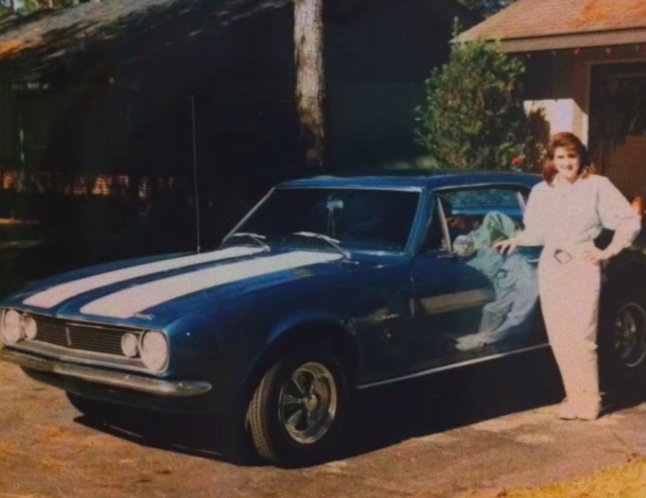 The plan unfolded with Bob arriving for a Father’s Day photo shoot in a park with the family and him noticing an old Corvette driving ahead of them. He mentioned that he’d never owned one.

They arrived in a parking lot and got out, and everyone started mingling, hugging and greeting one another.

Bob picked up a young’n, while Lisa wanted her dad to get over with the rest of them and “notice” something sitting in the parking lot, next to them. 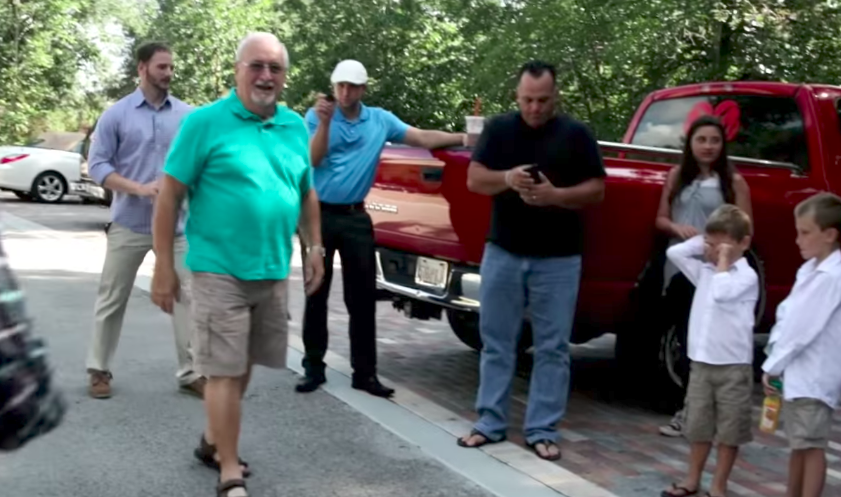 They finally lured Bob over to where the photographer was standing. She began explaining how the shoot was going to go down.

Then Bob got distracted when something caught his eye. Well, by now we can guess what he was looking at!

He wandered off from the rest of the pack to check out that “sweet” ‘66 Corvette Stingray that happened to be parked right next door. 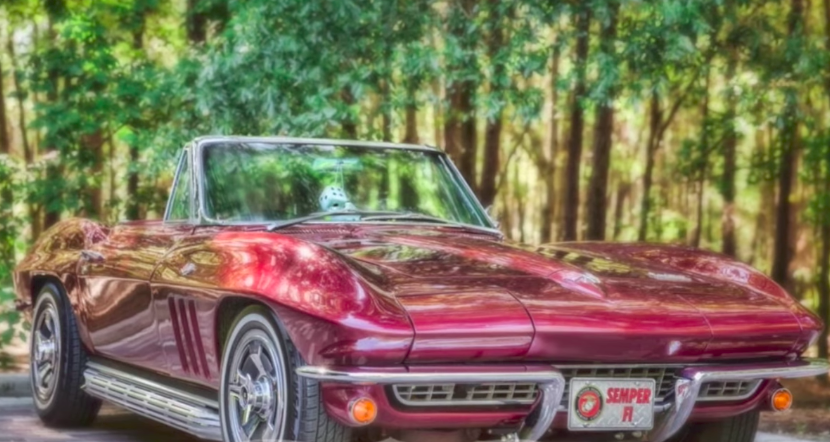 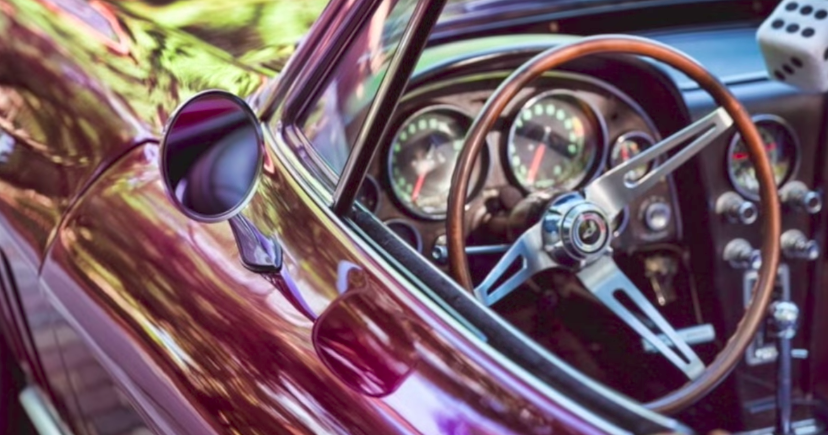 As he was inspecting it, he commented how there were Father’s Day gifts inside. Then Lisa came up and dangled the keys in front of him. “Happy Father’s Day,” she chimed. In shock, he stammered, “What … wait a minute!” He couldn’t believe it!

Lisa then showed him the license plate, which had his nickname done up on it, and that’s when the tears started flowing and they finished off with a big hug before a lovely test drive! 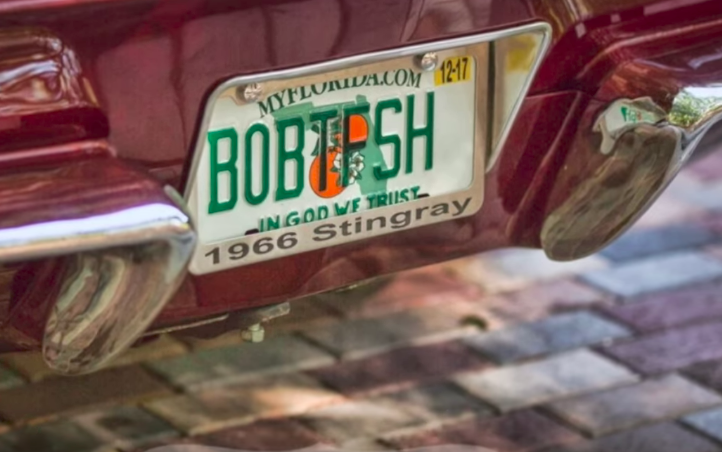 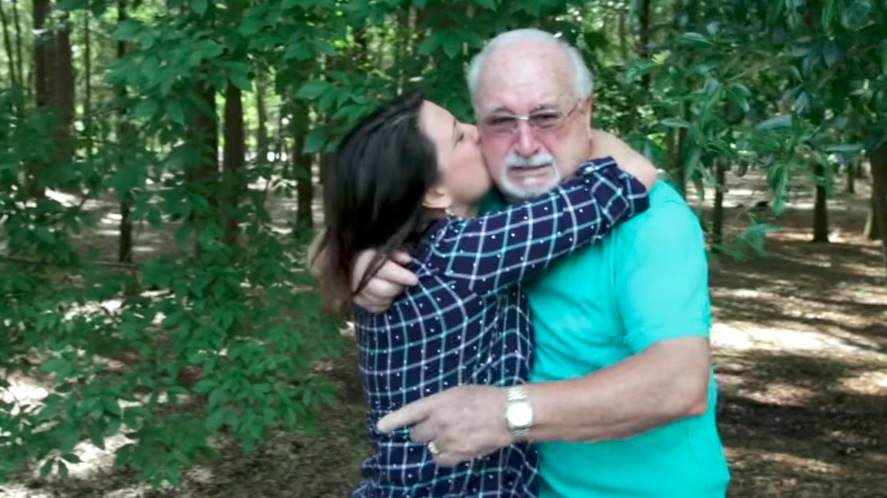 You can see the surprise and his adorable reaction in the video below: