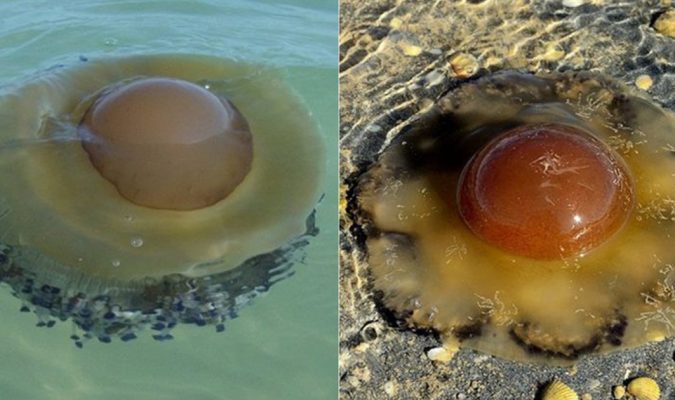 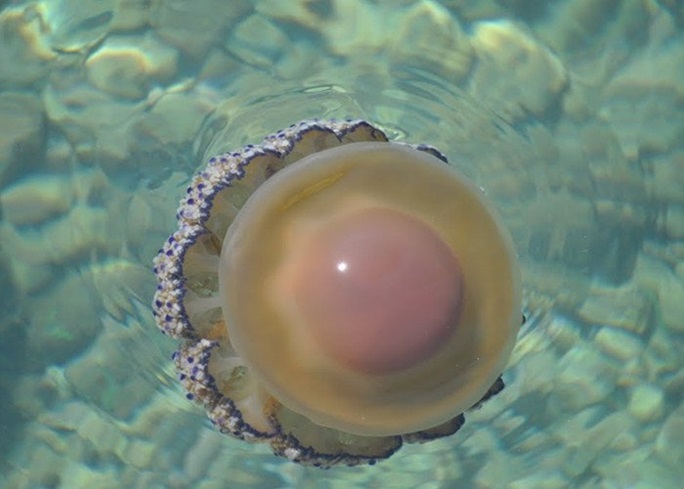 Amazed and curious at the floating sunny-side up, the husband carefully approached the strange creature and touched it.

However, it did not respond to his touch and just floated freely in the sea water. The husband further took a wooden pole and tried to get it upside down.

To their surprise, the floating fried egg was actually a jellyfish! 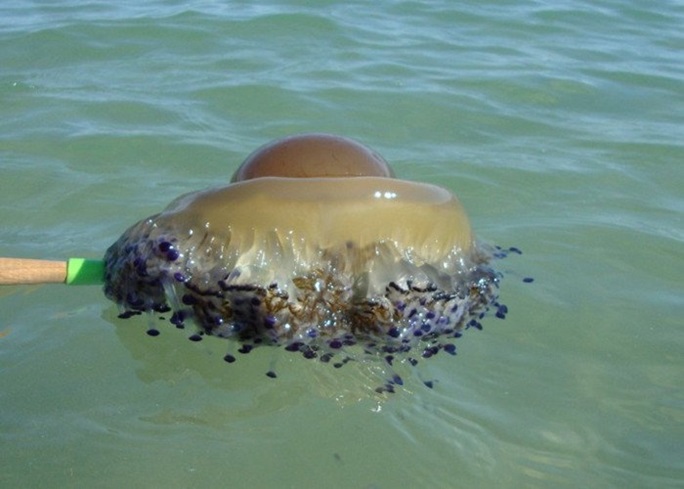 He then took the jellyfish and brought it to the land.

The strange-looking jellyfish really looked like a sunny-side up; it had a yellow and round centre like an egg yolk and white circumference 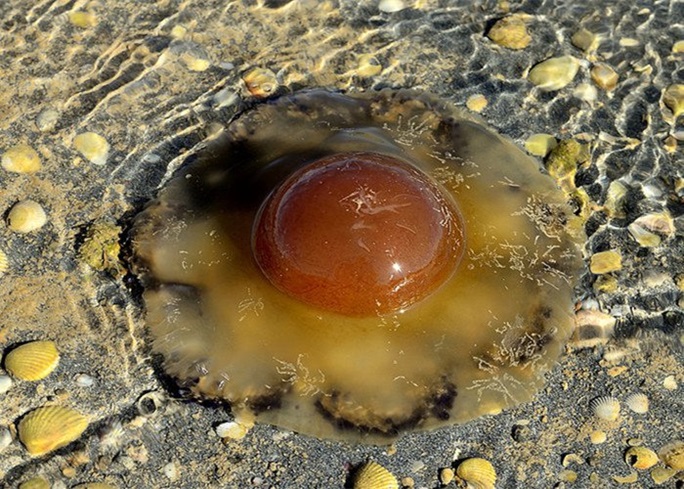 Later, they found out that the jellyfish was actually from ‘Cotylorhiza Tuberculata‘ species or its famous name, Fried Egg Jellyfish.

This species can only be found in warm Mediterranean, Adriatic and Aegean seas and its sting is so weak that it is not harmful enough for humans.

Also, it can grow up to 35 centimetres in diameter.

That is one huge fried egg, isn’t it? 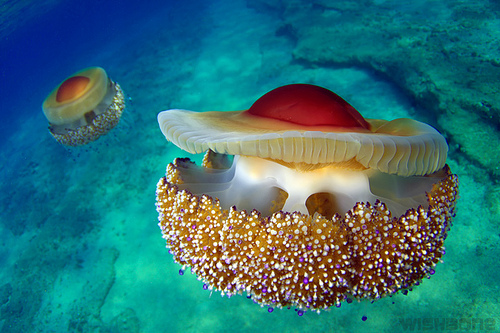 Artist looks like she’s sitting in front of a blank wall—but...