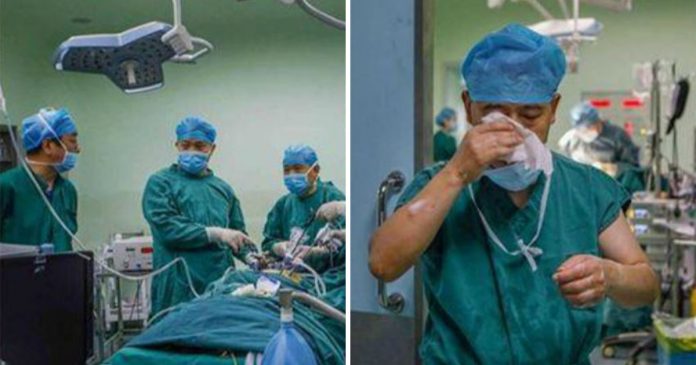 Zhang Xinzhi, a 55-year-old doctor from Anhui, China experienced one of the most challenging times in his life when he didn’t manage to see his father for the last time as he had to perform a surgery on a patient. 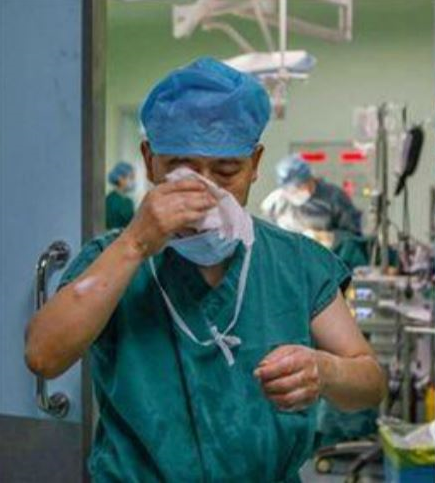 Zhang was aware that his father was in critical condition. Just before he went to perform the surgery, he visited his father and he told him that he had a surgery to be done and that he would be back as soon as he finished the surgery.

His old father understood Zhang’s job. He nodded his head to Zhang and gave a smile to him. Zhang then left his father for the awaiting surgery.

Unfortunately, just before he started the surgery, Zhang received a news that his father had passed away.

Zhang tried his best to maintain his composure – he held back his tears and decided that he would his best to save the patient in honour of his late father. 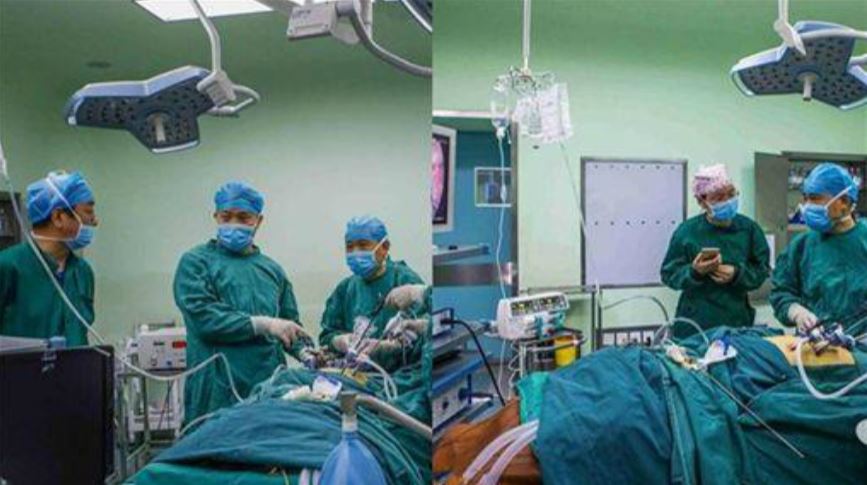 Zhang who was holding back in tears immediately broke down and quickly made his way out of the operating theatre. 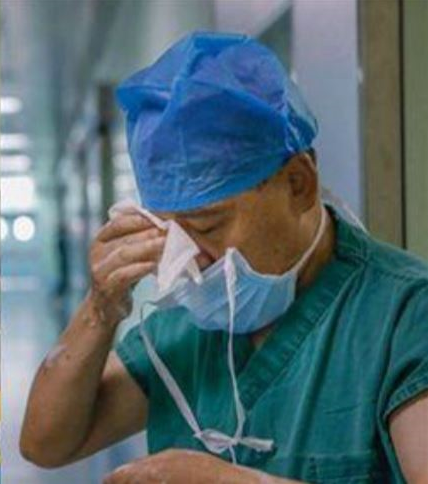 His colleagues who did not know that his father had passed away before the surgery started were in total upon knowing the news.

Zhang has been a doctor for 33 years. “On that day, I was really grief-stricken and sad that I couldn’t be at my father’s side. I felt so guilty that I couldn’t see him for the last time but I am a doctor and saving my patient’s life is important too.”

His story has become viral among netizens who highly praised him for his professional work ethic and prioritised his patient’s life but Zhang said that other doctor would do the same too if they were in the same situation.

“Although I regret not seeing him for the last time, I know he’ll understand and support my decision because he knows that I am not only his son, but I have huge responsibilities as a doctor too,” he said.

Zhang is absolutely a dedicated and an amazing doctor! We hope his father’s soul is resting in peace knowing that his son is such a good doctor.

Taking a stroll at Vietnam’s majestic Golden Bridge feels as if...