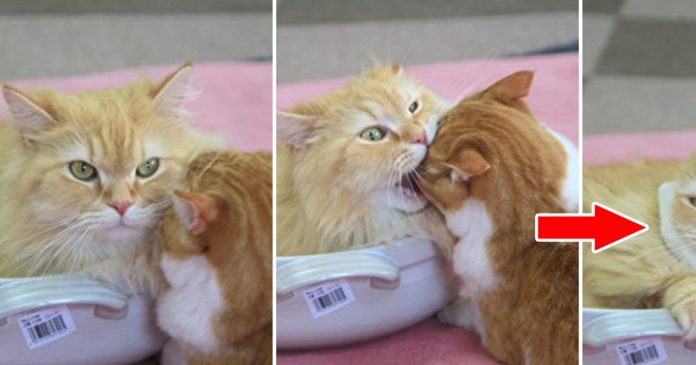 A Japanese cat cafe, Cat Café Nekorobi posted a series of photos of an adorable cat couple which has left the public in awe of the affection shown from the male cat to his partner. The cat cafe owner posted these loving and yet hilarious photos of one cat couple on their Twitter account, @catcafenekorobi.

In the first photo, the male cat is seen to seek a chance to snuggle up next to his girlfriend.

He lies his head softly on his girlfriend’s furry neck. 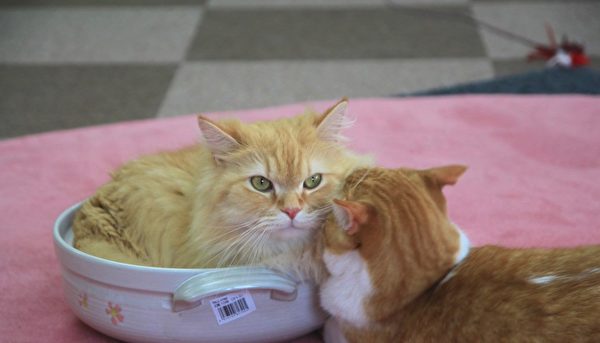 However, his attempt to have a romantic snuggle with his girlfriend is not welcomed well by her. Apparently, something is bothering her and she is not in her best mood to be with her cat boyfriend.

He must have done something wrong that makes his girlfriend furious at him.

Look at how she angry she is when she bites his face! 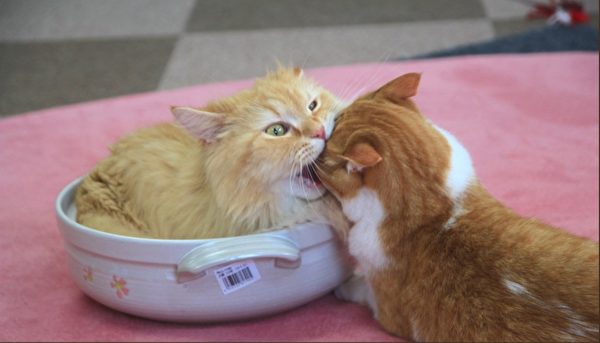 The male cat is probably letting his girlfriend to let out her anger and relieve her stress.

He is such an understanding boyfriend. 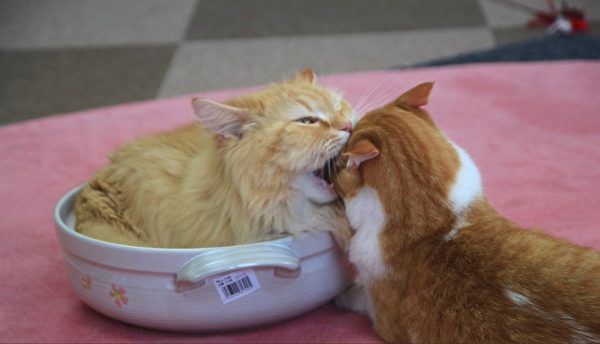 The male cat then makes his move; giving his cat girlfriend a big hug and the female cat suddenly became gentle.

This male cat definitely knows how to calm her down. 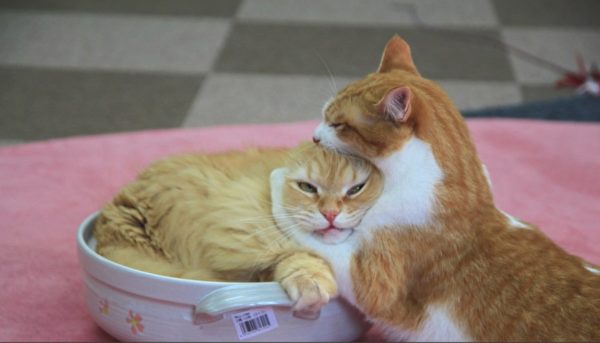 This cat couple certainly has taught us how we should be tolerable and understanding towards each other when we have a misunderstanding. Look at how this male cat taught us to respond anger with love and tolerance. To quote an American author, Zig Ziglar: “It’s not the situation, but whether we react negative or respond positive to the situation that is important.”

After seeing the male cat’s ways to calm his angry girlfriend, the netizens have come up with 5 relationship rules that all men should follow when they are with their girlfriend. According to netizens, these rules are useful to keep your relationship smooth-sailing. Below is the rules the netizens suggest to all men out there;

#5 When you go for a shopping

Of course, these rules are not a complete guidance to all couples out there. A healthy relationship requires both parties to respect, love and accept each other through highs and lows. Although, it may be a good tip for men to respond in a gentle and loving way to their girlfriend when she is having a rough day or just not in her mood. Give and take is one of many ways to keep your relationship strong and happy, just like the gentle male cat.

Your choice of cupcake flavour will predict your love life and...