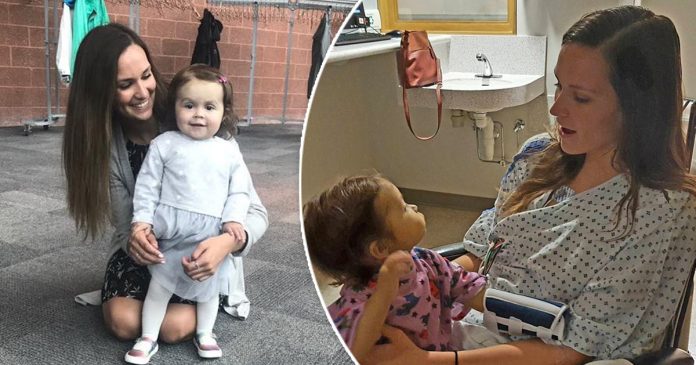 When college student Kiersten Miles accepted a part-time summer job as a babysitter for the Rosko family, she didn’t expect to fall so hard for the three children she was hired to care for. But children have a magical way of getting into your heart, and Miles bonded with the baby especially.

Parents George and Farra contracted with 22-year-old Miles to take care of Mattea, 7, Trey, 5, and 9-month-old Talia. But they didn’t expect her to go above and beyond her responsibilities as a nanny.

After only 3 weeks into the job, Miles made a life changing decision to save the baby’s life.

Talia suffered from a rare liver disease that affects only one in 18,000 infants. When doctors told the Roskos that their daughter wouldn’t live past age two without a liver transplant, they immediately put her on the UNOS (United Network for Organ Sharing) waiting list. However, odds were slim—most children with Biliary atresia don’t receive a liver on time (which is the only known cure).

“Before meeting the family, I never knew you could donate part of your liver. I always try to donate blood whenever I can, because it never bothered me, and a lot of people can receive my blood type. After doing research, I found out that I could potentially donate an organ to anyone due to my blood type,” Miles told Today.

When Miles learned that baby Talia needed a liver transplant, she immediately got tested to see if she was a donor match. She was.

So Miles did what only a super-nanny would do. 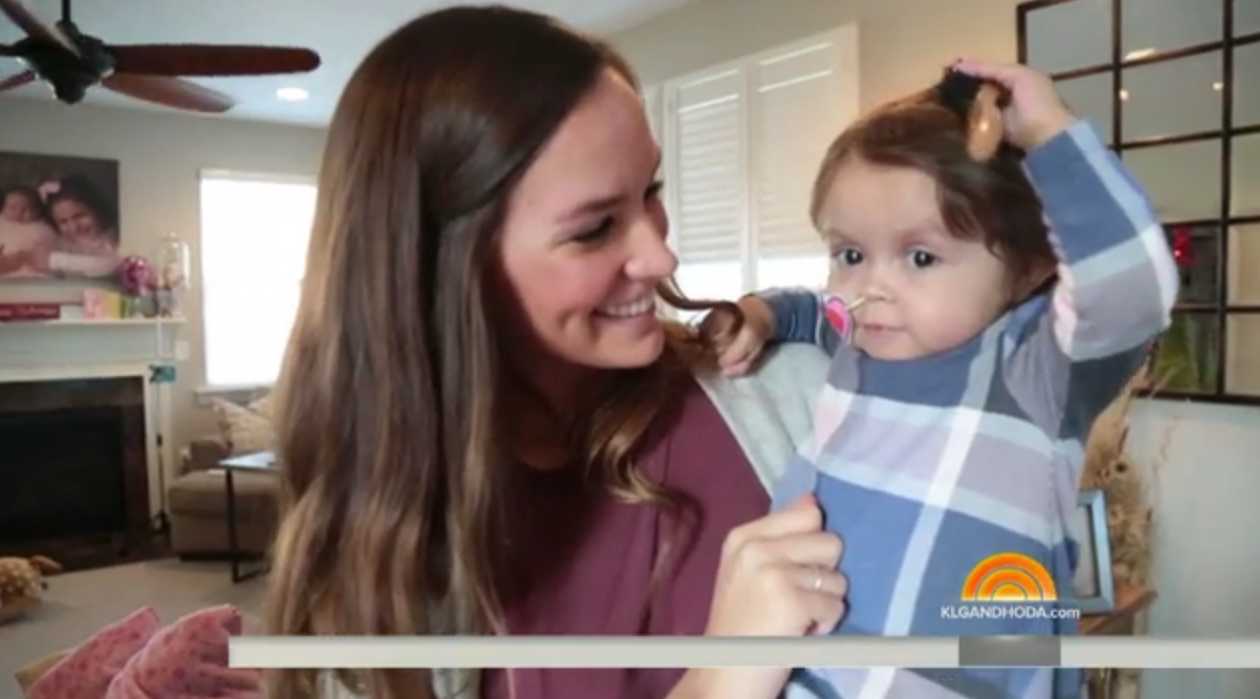 Talia’s parents were hesitant about the young donor’s eager decision to donate part of her liver. “We were never ‘looking’ for an organ donor, and we would never ask anyone if they wanted to donate, especially someone we didn’t know that well,” said Rosko.

But Miles insisted. The nanny had developed a strong connection with their 9-month old daughter and felt it was the right thing to do.

“I just had to go through some blood tests, imaging, and talking to a few doctors and then spent less than a week in the hospital. It just seemed and still seems like such a small sacrifice compared to saving a life.”

It was a serious decision, and Miles was ready to go ahead with the procedure, until she learned one piece of information that made her rethink everything. “At one point I found out I would never be able to donate again if I did this,” she said. “I really had to process that.”

Miles went ahead with the procedure, having faith that if one day her child needed the same operation, someone would do the same.

Kiersten and Talia underwent a 14-hour procedure at the Hospital of the University of Pennsylvania and the Children’s Hospital of Philadelphia, and they are both now thriving.

“She has turned a hopeless situation into a hopeful situation,” said Rosko. “Without Kiersten we would be sitting waiting for a deceased donor to come and save Talia. We would be watching our baby deteriorate.”

“Without Kiersten I’m not sure where we would be…to be honest, I don’t really want to think about it.”

A week before surgery vs almost 3 months after surgery ?
Facebook/Kiersten Miles
Although Miles no longer babysits the Rosko children, she and Talia will always share an incredible bond. Now, Talia is a happy, healthy 2-year-old toddler, thanks to her loving super-nanny Kiersten.

Miles doesn’t regret a bit of it.

“I would 100 percent do it again. I think it’s very important people know exactly what they are volunteering to do and what the recovery is like, but it’s such a small price to pay in comparison to saving a life.”