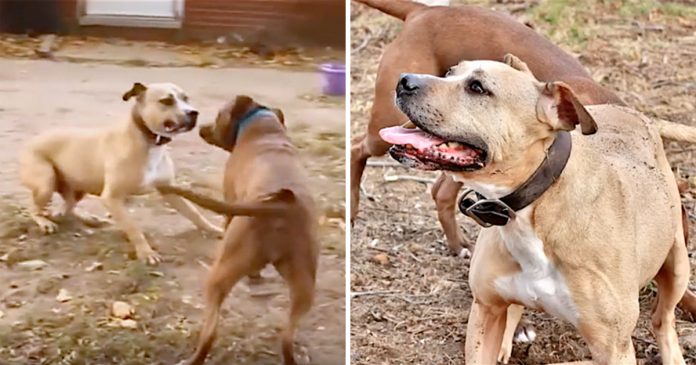 For most people, a family dog provides nothing but joy and happiness. Their wagging tails and unbridled excitement when we walk into the room might be the most heartfelt interaction we’ll have all day. They love unconditionally, and in turn, humans mostly treat them with love. 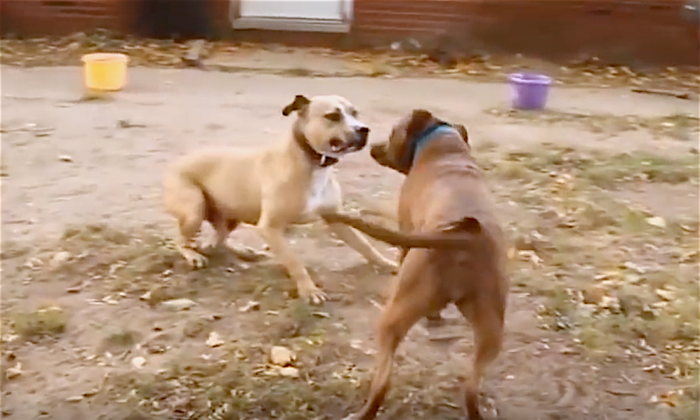 Mostly. Sadly, not all pups are so lucky. No matter how wonderful and generous with their affection dogs are, some people choose to be downright evil when it comes to their care.

Dogfighting is a big problem, and it may be more widespread than people realize. Police are proactive in breaking up dogfighting rings, but what to do with all the leftover dogs once the owners are behind bars?

Maggy was once a fighting machine — can she still interact normally with other dogs? 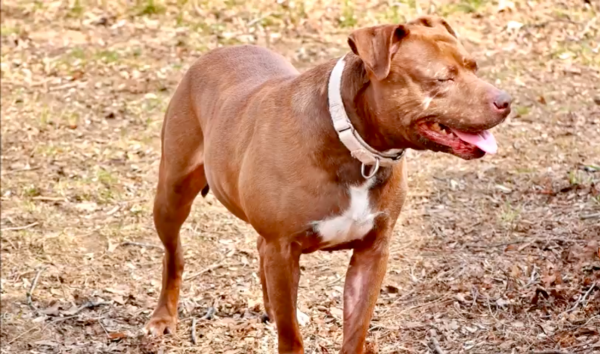 Sadly, many of the dogs that are recovered from fighting rings are in bad shape. Either their injuries are too much to overcome or their aggression is deemed too dangerous for adoption. A select few are able to fully recover from their physical wounds and become friendly enough for a family home.

However, even when they are adopted, shelters typically require they be taken by household where they will be the only dog. Their aggressive behavior has been so reinforced that even being in the same house with another dog can send them into a violent tailspin.

Time and again, aggression issues are the biggest hurdle for fighting ring rescues to overcome. But when they do, it’s a magical sight to see.

Maggy meets Vito, another former fight dog, and their playful interaction is beautiful. 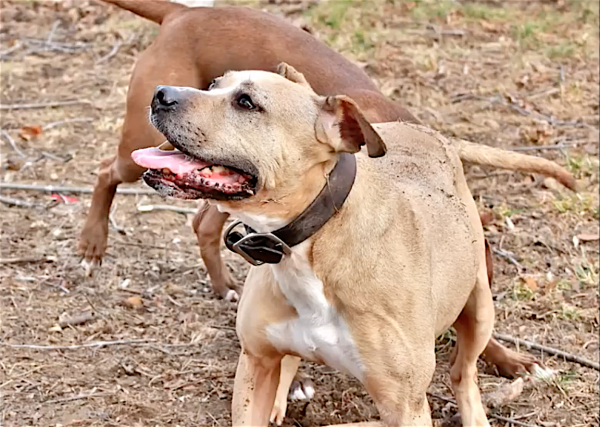 Vito and Maggy were both rescue dogs out of Michigan who were in bad shape when they were captured. Despite the cruel treatment they’d received throughout their life, each showed a remarkable willingness to move on from their troubled past. They both went through rehabilitation by an organization called Detroit Bully Corps.

When they met for the first time, their sweet and playful interaction was caught on video and went viral!

Vito and Maggy’s scars on the outside will never fully go away, but the ones on the inside seem to have healed quickly.

Through impulse retraining, many months of behavior modification, and some good ole’ love and affection, Vito and Maggy are better than ever!

Vito and Maggy have become the poster dogs and advocates for rehabilitation over euthanasia for former mistreated canines or fight dogs.

The dogs now travel the country, visiting schools to teach kids lessons about bullying and overcoming adversity. They teach a message of hope and overcoming great odds from firsthand experience.

It would have been easy for them to succumb to the fate of so many other dogs, but they managed to be a shining example of what can be accomplished with these wonderful, but mistreated animals!

This South Korean’s drummer is the latest internet sensation for her...