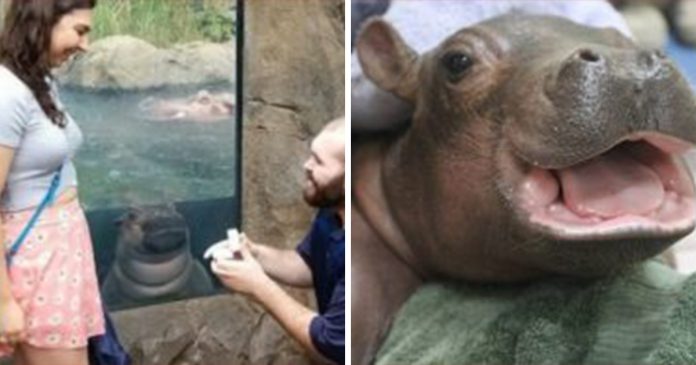 When a man decided to propose to his long-time girlfriend, he thought that Cincinnati Zoo would be the perfect place to get on his knee and asked for his girlfriend’s hands for marriage. However, he did not expect for someone to join him along for the proposal.

Nick Kelble and his girlfriend, Hayley Roll have always loved going to Cincinnati Zoo and their favourite is of course the world-famous hippo, Fiona.

Fiona first turns the spotlight on her when she was born 6 weeks earlier than the expected due date. 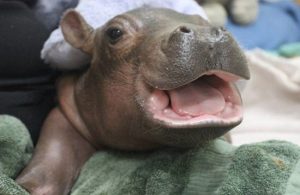 She was born prematurely and weighed at only 29 pounds (around 13 kg). She even had to spend her time on the chests of her caretakers for her to learn to breath normally when was a baby.

Now, she is a superstar at the zoo, attracting a large fan base. 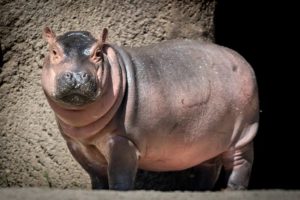 She even receives letters from her fan!

Nick and Hayley are also Fiona’s fans and it looks like they have must be thrilled for Fiona to photobomb their engagement photo! 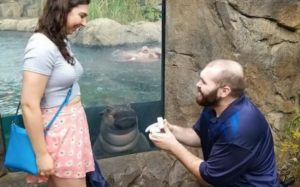 No wonder Fiona is loved by so many for sassy and adorable behaviour. We are sure that both Nick and Hayley would treasure their engagement photo forever.