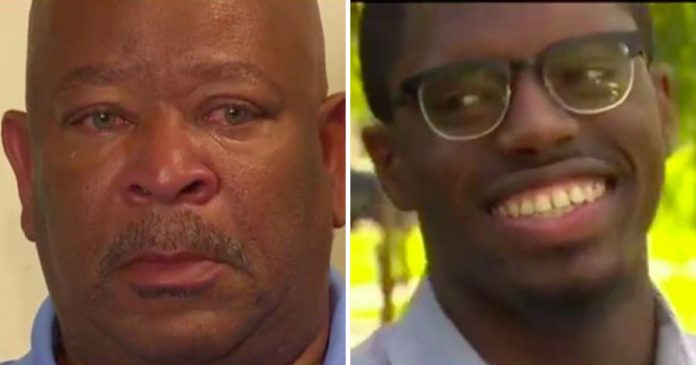 Cecil and Marilyn Roberts, a couple from Houston, Texas, had no idea what to expect when they entered their home one night last March and found that their whole family had gathered to surprise them.

They were confused. They didn’t know the occasion — it wasn’t a birthday or anniversary.

Little did they know, they were about to receive another surprise — one that would change their lives.

Despite advancing in age, the grandparents still work full-time, as a corrections officer and a U.S. Postal Service worker. And while they love to go out and travel, most of their income still goes towards the bills, especially the mortgage on their home.

When their family handed them a large sheet of paper, they had no idea what it would be … 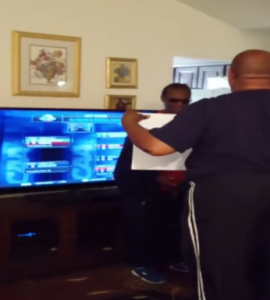 What they read made Cecil immediately go over and hug his grandson, Stefun: 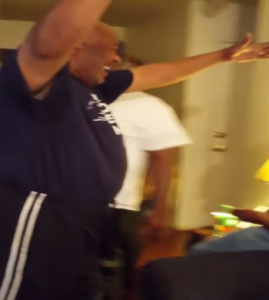 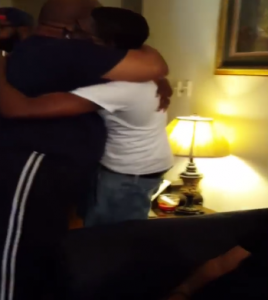 It was a giant, homemade check — and what was written on it had them in disbelief. 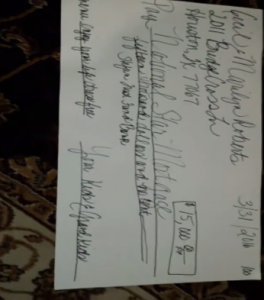 Stefun Darts, then a 24-year-old college student, had personally saved up the money for years. It was the fulfillment of a lifelong dream — to repay his grandparents kindness by helping them with their finances.
“I couldn’t stand you going to work at night, some nights I didn’t even sleep knowing it shouldn’t be like this,” he wrote in a Facebook post.

“Never have I wrote a check wanting this to be the first one.” 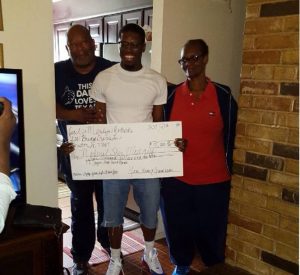 His grandparents took him in when he was in first grade, and shortly after, he made a pledge to pay off their house and help them towards retirement. He never forgot that promise, and as an adult, was finally able to make it happen.

Not that it was easy — on the contrary, it took years of self-discipline and hard work. As any college student will tell you, saving money isn’t easy, and Stefun had to make it work on a series of part-time side-jobs — everything from selling pizza to selling real estate.
“I sleep around four or five hours a night,” Stefun told ABC News.

“I’ve been eating pizza, microwave pizza for all my life,” he told KHOU. “My friends will tell you I never did go out.”

His friends didn’t know why he never went out — now they do.

The hard work and sacrifices paid off, as his grandparents were stunned and overwhelmed by the surprise.
“I couldn’t believe it,” Marilyn Roberts told KHOU. “To have a grandson like that is a blessing.”

“He’s a very special kid and I just love having him in my life,” Cecil added.

Other family members were moved as well.

“The surprise on my parents’ faces was unbelievable,” Stefun’s uncle Travelle Roberts recalled to ABC News.
“I started crying. It was so sweet,” added Stefun’s mother, Stephanie Wyatt.

But they knew it was in Stefun’s nature to give back — besides repaying his grandparents, Stefun is also the founder of Caring Heart Youth, a nonprofit that donates supplies to young people in need.

It’s a quality Stefun has demonstrated from a young age.

“He would start giving,” his mother told KHOU, “asking if anyone needed help with anything.”

And the surprises didn’t even end there.

Right after giving his grandparents the check, Stefun revealed there was another part of the gift: a trip to the Bahamas!

For Stefun, it was all part of giving his grandparents the life they deserved — he didn’t just want them to not have to worry about their payments, he wanted them to enjoy life.
“My grandparents aren’t struggling by any means but why are they living to pay bills? That’s not the way of life I want them to have,” he told Today.

“And that’s what it’s about it. It’s all about living.”

The grandparents have been paying off their home for the past two decades, and would’ve continued for the next few years without Stefun’s gift.

Even so, the couple isn’t planning on retiring just yet, preferring to still work. But thanks to their grandson, they’ll be working for themselves instead of just to pay the bills.
“It was a dream to see them happy,” Stefun told ABC News.

“It’s something that can’t be explained, it can only be felt.”