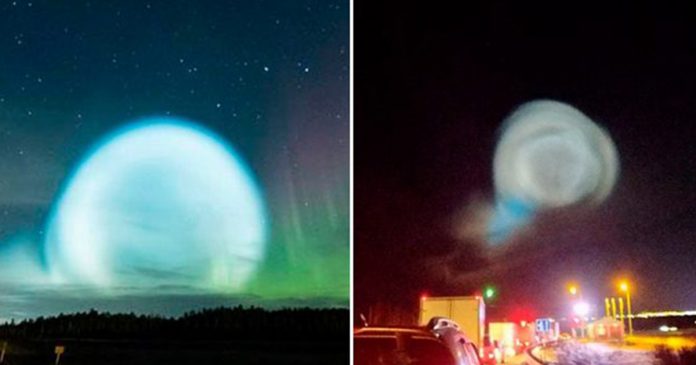 Days ago, a massive sphere of light was spotted in the sky over northern Siberia. Whilst the unexpected aerial phenomenon sparked fears of a menacing UFO, the mysterious spherical-light sighting was later identified as a failed missile launch.

On Oct. 26, an enormous, glowing ball was clearly seen lighting up the night sky over the forest in the Siberian town of Salekhard, a city in the Arctic Circle. 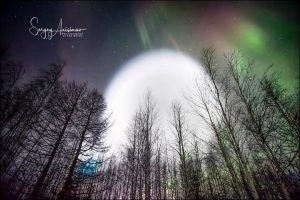 Photographer Sergey Anisimov, who captured the peculiar, yet stunning orb, was confused and shocked initially.

“The glowing ball rose from behind the trees and moved in my direction,” Anisimov told the Siberian Times.

“The ball began to turn into an arc and gradually dissipated.” 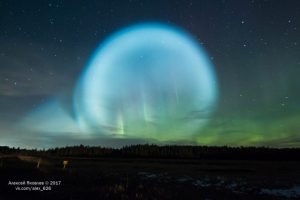 The unusual sight, which could also be seen over a wide expanse of northern Siberia, reportedly sent “shiver[s] down the spines” of local residents, according to the Siberian Times.

“Kids (5–6 years old) walking in the yard emotionally began to tell me about an unusual phenomenon, using the words ‘aliens,’ ‘the portal to another dimension’ and the like….,” said Anisimov.

Reports of a giant glowing ball lighting the sky over Salekhard, the Yamal peninsula https://t.co/yhhb05mx7Y pic.twitter.com/5Fd2cagPpH

Another photographer, Alexey Yakovlev, was scared when he witnessed the strange phenomenon, some 520 miles away, in the north of Tomsk region.

“At first I thought, it was such a radiance of such an unusual form, round in shape,” Yakovlev said. “But gradually the ball began to expand, it became clear that this is not some radiance—and it became scary.”

“It’s good that I was not alone—a group of people cannot hallucinate,” Yakovlev continued.

Social media soon went abuzz with all sorts of theories, ranging from it’s a UFO, the start of a possible alien invasion, a hole in the space-time continuum, to the end of the world.

“I went out to smoke a cigarette and thought it was the end of the world,” wrote Vasily Zubkov.

But photographer Yakovlev thinks otherwise. “It seems I accidentally shoot [sic] the launch of a secret space rocket from Plesetsk,” he posted.

Yakovlev was spot on. 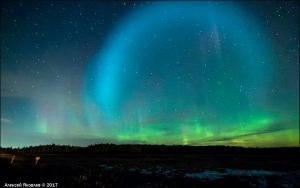 In fact, the illuminated ball could’ve been a magnificent display of the Northern Lights, or Aurora Borealis.

But the mysterious object was more likely caused by the traces of the Topol rocket, which is capable of carrying nuclear missiles, reported Russian media. 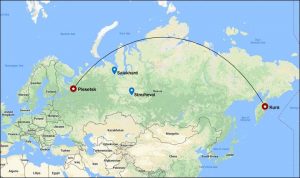 On that day, a Topol-M intercontinental ballistic missile was launched from Russian western spaceport—Plesetsk Cosmodrome, to the far eastern Kura testing range on Kamchatka Peninsula.

“Four ballistic missiles were launched and at least one of them was widely observed. There is no doubt about the identification of these observations with the missile tests,” said Jonathan McDowell, an astrophysicist at the Harvard-Smithsonian Center for Astrophysics, National Geographic reported.

So, whilst it hasn’t been confirmed whether it was a failed missile launch or not, the theory has been more or less accepted. 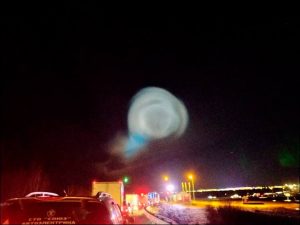 In December 2009, a similar spiraling light was spotted in the skies over Norway after a failed Russian missile test.

“The missile has probably come out of control and exploded,” Dr. Truls Lynne Hansen, a researcher at the Tromso Geophysical Observatory, told Barents Observer, in relation to the 2009 phenomenon.

So, how would you have reacted upon seeing something like that for the first time?

His wife passed away during childbirth. Now, he prepares to say...