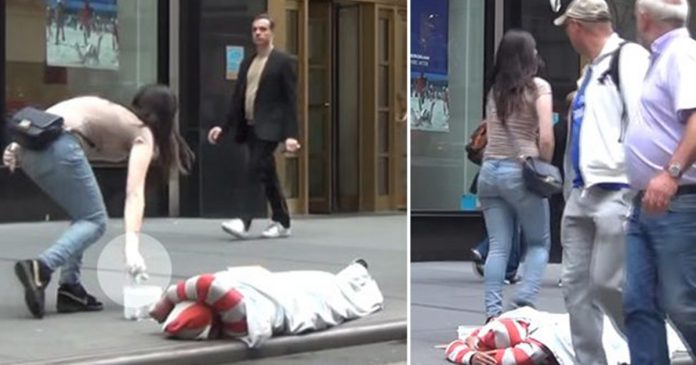 In a social experiment staged by the ModelPranksters in New York, actors set up a scene in which a homeless person has his money stolen. The group sought to test how people would react and what they would do when faced with a crime. What if the robber happened to be a pretty young girl? 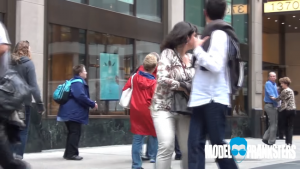 The ModelPranksters determined in the experiment that appearances can be deceiving.

When an attractive young girl steals from a homeless guy in broad daylight, no one, except for one person, reacted in the hour that she was on the street. 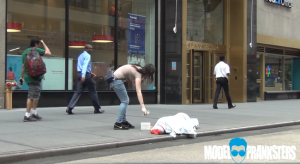 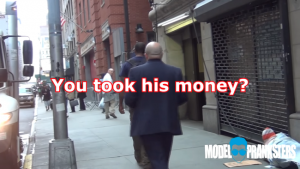 This “wolf in sheep’s clothing” completely got away with the crime.

In the following sequence, a man steals from the homeless guy and almost immediately he is chased and berated by most of the people who witnessed the theft. 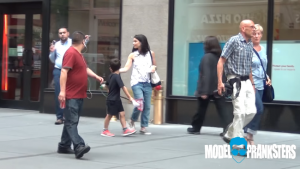 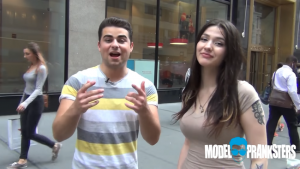 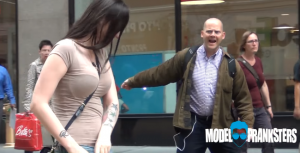 YouTube channel ModelPranksters set up hidden cameras to find out how people would react when witnessing a crime taking place. 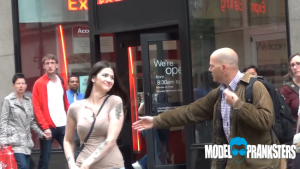 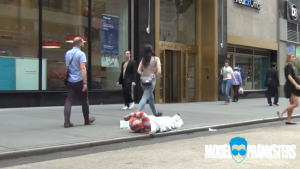 The result showed that it was the gender and attractiveness of the “thief” that was the most important factor as to whether they would be caught or not. 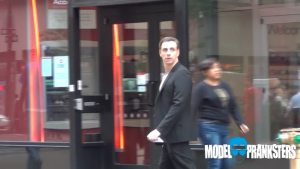 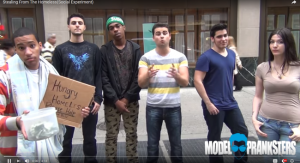 So, do you agree or disagree with the ModelPranksters’ conclusion on such a social experiment?