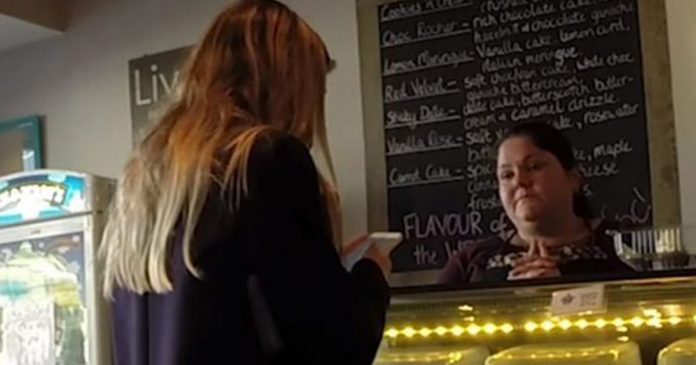 Sharon Carter is a small business owner and mother of four who has braved through many struggles personally and financially to get where she is.

First, she was diagnosed with ovarian cancer, and then she lost her younger brother.

A few years later, her son was diagnosed with a degenerative disease, and the medical bills just keep piling up. 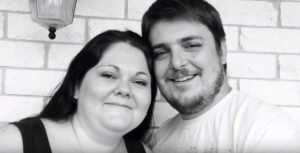 She runs Mrs. C’s Cupcakes, a little shop with little staff, which means she works long hours and has little time to spend with her son whom she’d love to be able to care for. 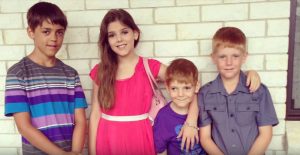 So imagine her stress when, not long after selling a customer a whole box of cupcakes, the assistant comes right back into the shop, telling her these cupcakes are all wrong.

“I just handed them to my boss and there’s a bit of an issue. She just tried one and it tasted really stale,” the woman told her. 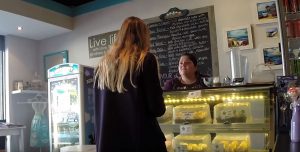 The customer was clearly not happy, and Carter tried to make things right.

“I’m happy to do whatever you want with them,” she promised. She offered to refund the cupcakes, or replace them if they’d like.

As the customer thought it over, Carter began to fret. Then the woman picked up her phone to call her boss, and Carter could only wait to hear what the verdict would be.

She heard the woman ask if her boss was still nearby, and then she invited her boss back inside, “so we can just show her what we mean.”

Carter was nervous, but the customer apologized for being annoying about this. But the minutes before the cupcakes arrived were tense.

“No it’s fine, I want my customers to be happy,” Carter replied. “So I’m willing to—”

“Do cakes usually go stale overnight?” the woman interrupted. “So no one else has complained about this?” 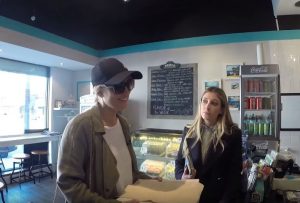 The client walks in, and immediately she tells Carter: “When I had a taste of one of them, it tasted soapy.”

Carter’s face immediately fell; she was unsure how this could have happened.

Then the woman asked if she was the “Mrs. C” of the shop name, and she said that she was. 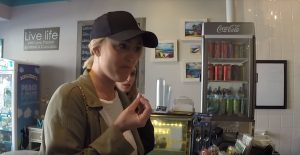 “Oh, I’ve heard about you,” she said. Carter wasn’t sure if it was a good or bad thing.

After going back and forth about how bad the cupcakes were for a minute or two, she tells Carter she should just taste them herself.

Wanting to get the embarrassment behind her, Carter readily agrees, going to open the box. 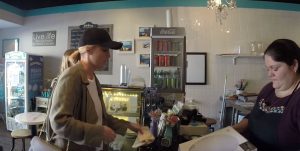 Carter looks inside, then immediately lets out a piercing scream: “No!!” 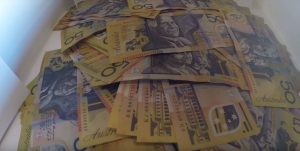 Inside was a pile of cash, and Carter could not believe her eyes.

The customer was really Jacqueline Ellen Henderson, known as Jackie O—a radio host in Australia. They had heard about Carter’s plight, and wanted to help turn her awful year around.

Giving her this extra help would mean that she could spend more time with her son. 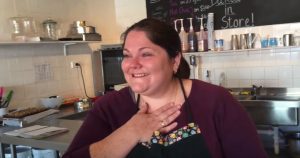 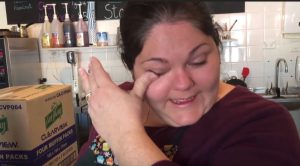 “This means I could go home for Christmas,” she said, still wiping tears from her eyes. “It means that we could do something he wanted to do.”