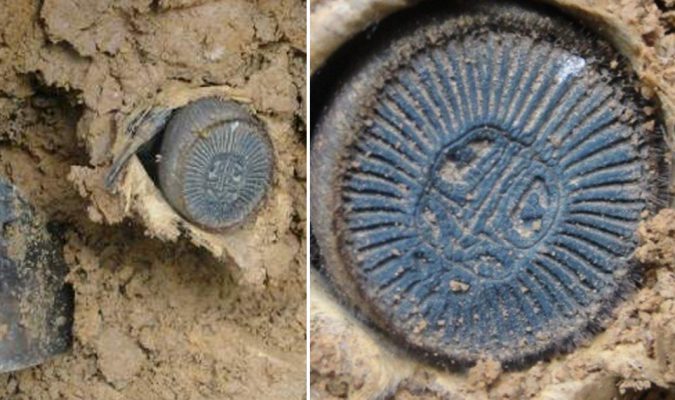 A farmer from Zhejiang, China, have recently found dark discoid objects in the soil layer as he was working. The head of the lines was very delicate, yet the legacy of the ancient artifacts was undoubted and a bit… frightening. The farmer thought he have found a rare treasure, but that was not the case.

The farmer thought he have found a rare treasure, but that was not the case. 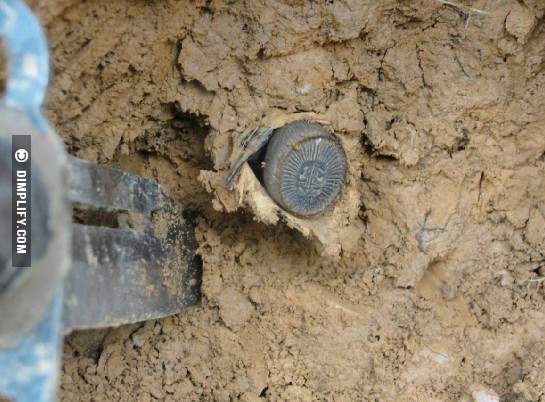 Look at those lines! 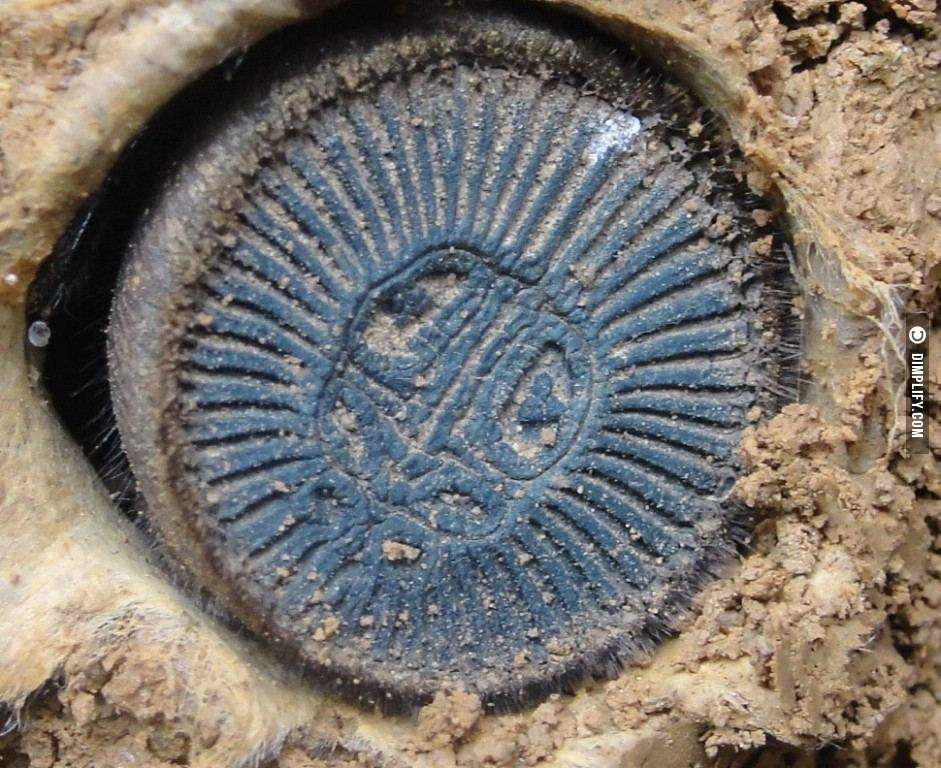 Imagine his surprise, when he found out that it’s actually a Big Spider!!! 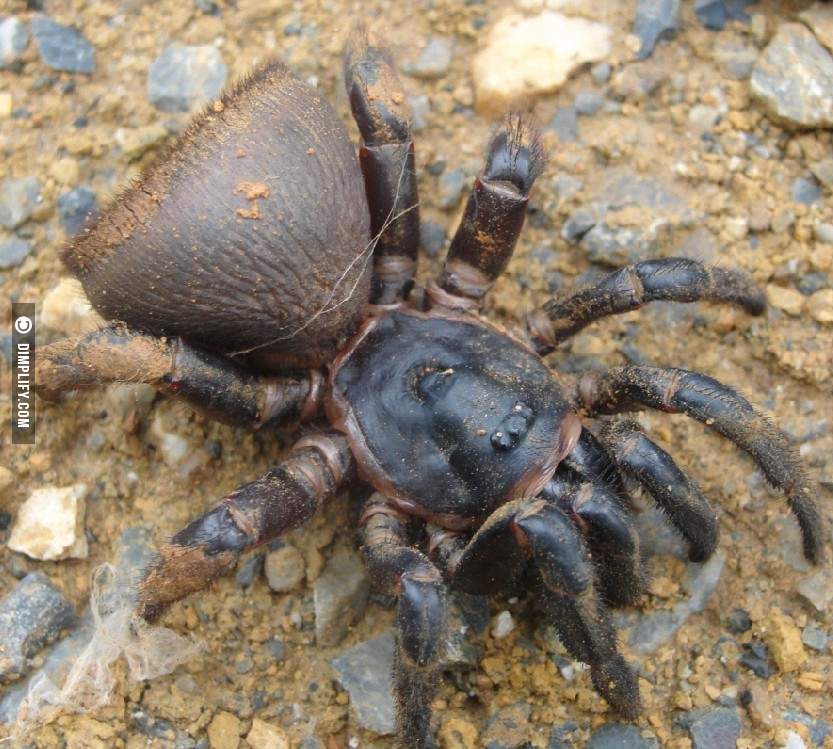 This spider is actually not very toxic, fortunately! 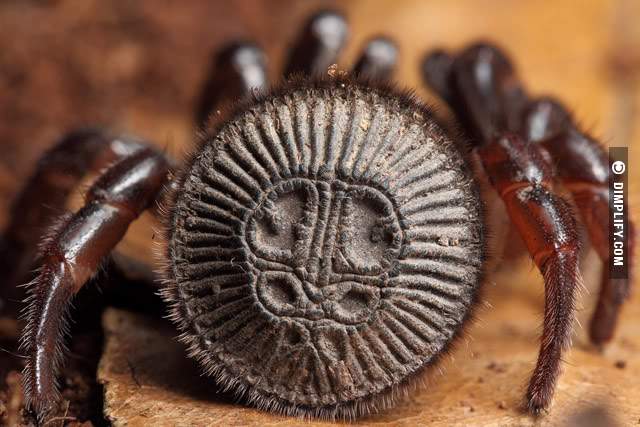 It has a Large Butt that looks like a coin! 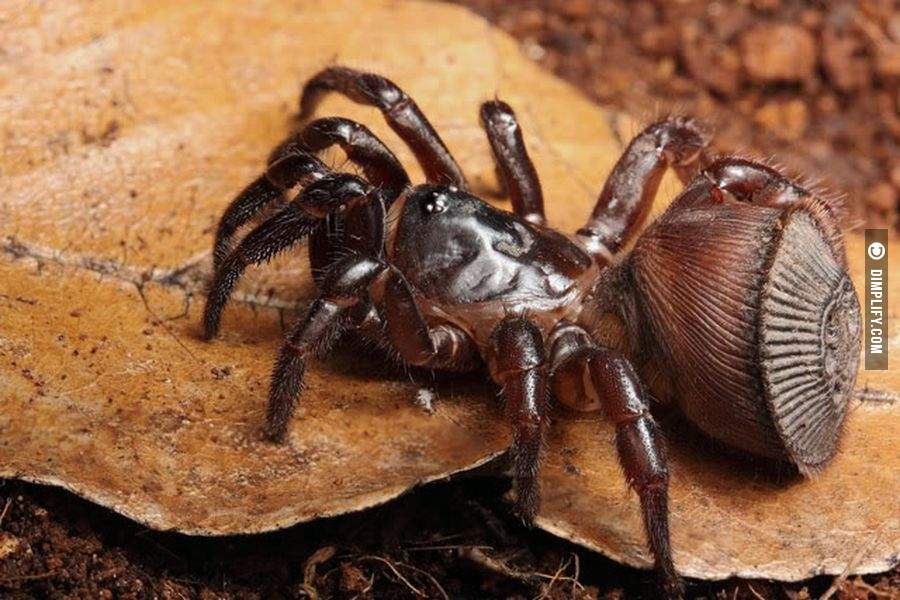 Well it plays its role – when the creature feels a predator is approaching, it just climbs in its burrow and only exposes its butt, perfectly sealing the entrance like a manhole cover. It can also stop a bee sting!