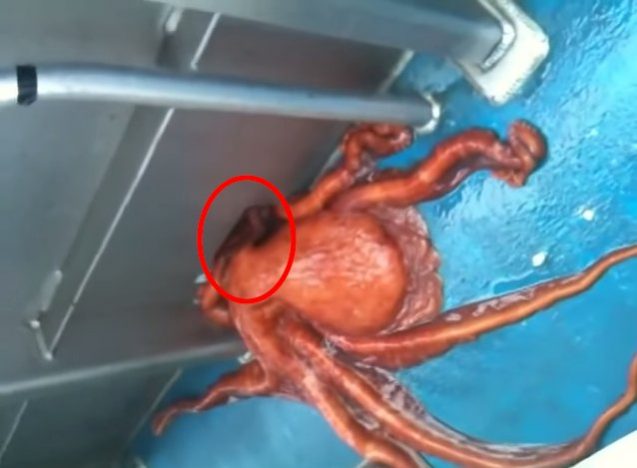 The footage was recorded by a few fishermen around the Chiswell Islands in Alaska. They caught a huge red octopus and put in on their boat. What the octopus did next is jaw-dropping!

The fishermen put the huge red octopus on their boat. 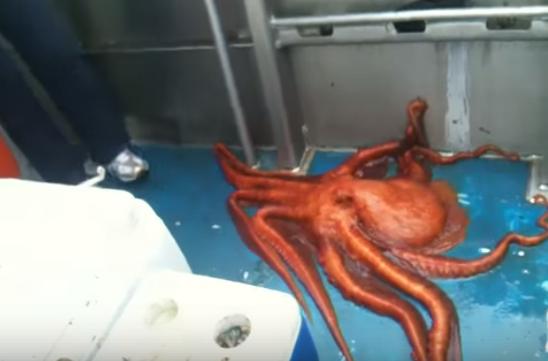 It slithered around on the boat’s deck 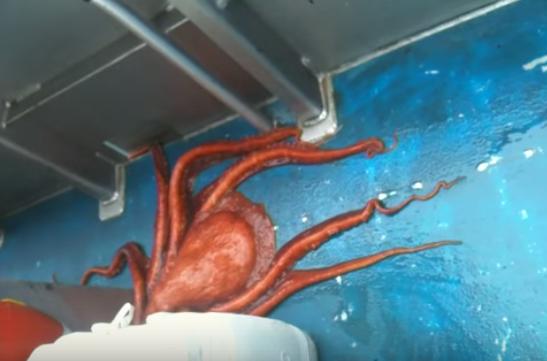 It found a little tiny gap on the side of the boat. 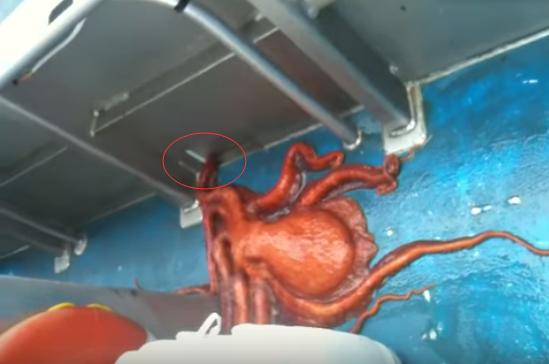 It smelled water through the tiny gap and was trying to flee through it. 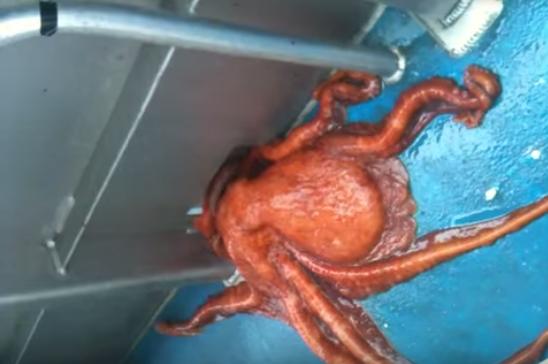 People on the boat was astonished by what the huge octopus did but none seemed to believe that it could escape since the gap was too tiny for its huge size. 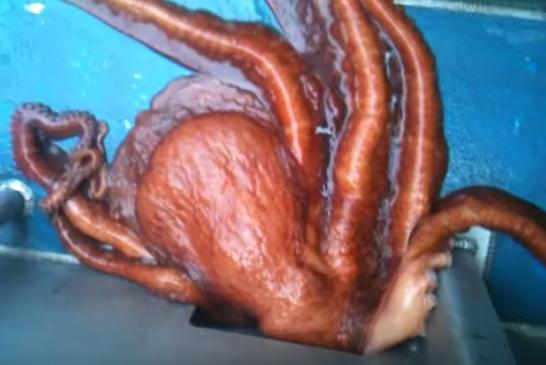 It managed to squeeze its arms out of the boat. 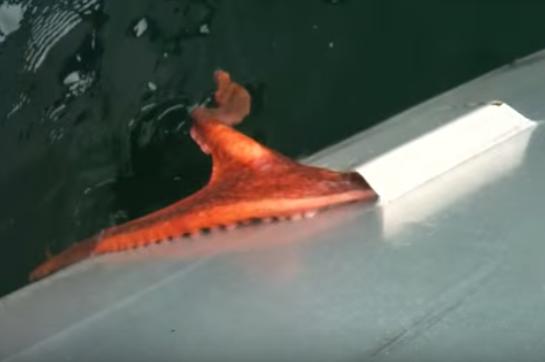 It tried to squeeze its remaining body through the tiny gap. 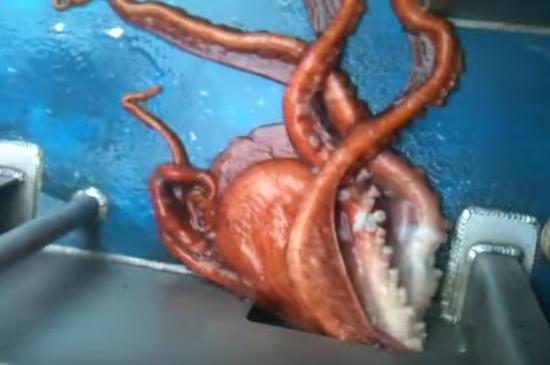 To everyone’s surprise, the huge octopus managed to squeeze most of its body through the tiny gap, and only a small part of it remained inside the boat. 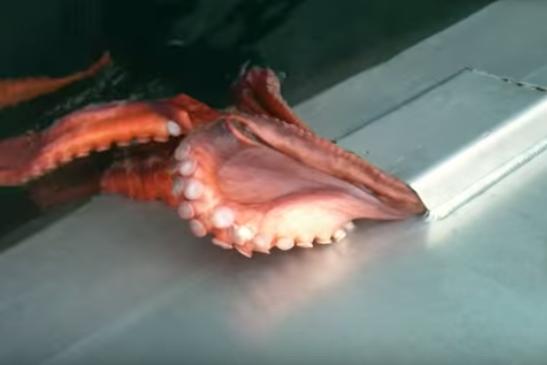 First, it got its arms out of the boat. Then, it held its arms onto the side of the boat to pull its remaining body out. 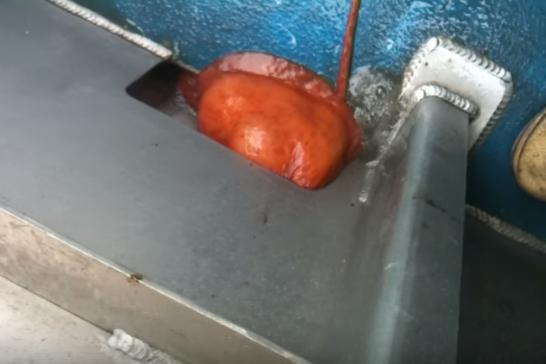 Within seconds, it was out of the boat and back into the water. 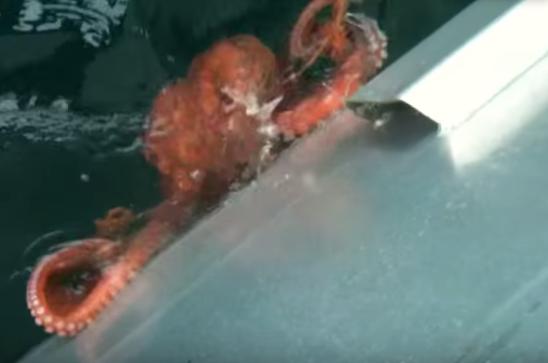 Looking at the huge size of the octopus and the tiny gap, that is truly an amazing escape act!

Daughter starts falling off a bridge—dad’s reaction is instant