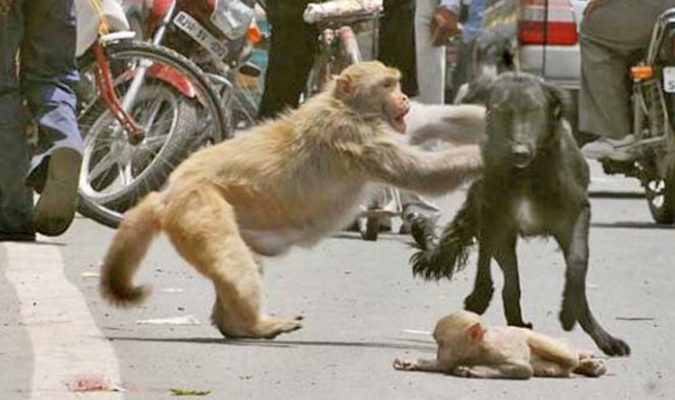 Mothers will do anything to ensure their little ones are always safe and sound. Same goes to animals which they can also show their love towards their young ones as a way of protecting them. In New Delhi, India, one monkey may have won the title of ‘Brave Mom’ award.

A baby monkey was in danger after getting hit by a moped. Fortunately, his mother managed to rescue him as she was apparently near to him at that moment. But it turns out, things may soon become worse for the baby monkey.

After the incident, the monkey’s cub which was still in dazed encountered one more danger where a wild dog was lurking nearby and was about to snatch the little baby away. Fortunately, its heroic and courageous mother sprang into action by biting the dog’s back to prevent the dog from snatching its baby. 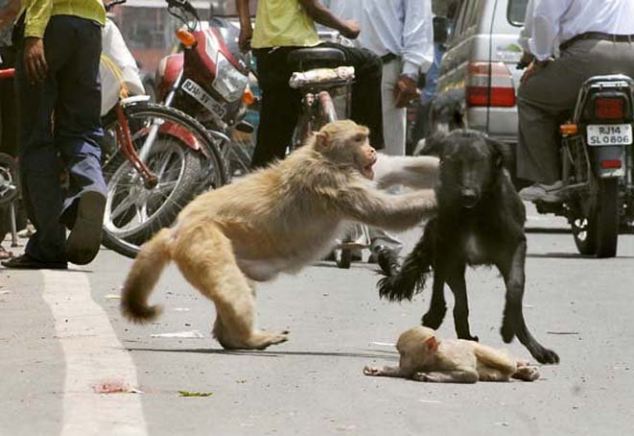 The stray dog soon realised how ferocious the monkey was thus making it to take a few steps back and went away.

All the spectators were shocked by the monkey’s actions. These pictures are from DailyMail that were taken by a photographer who happened to be at the scene.

These photos have touched the hearts of many people, seeing how a mother monkey is willing to risk her life for the sake of her baby to stay alive and be safe. 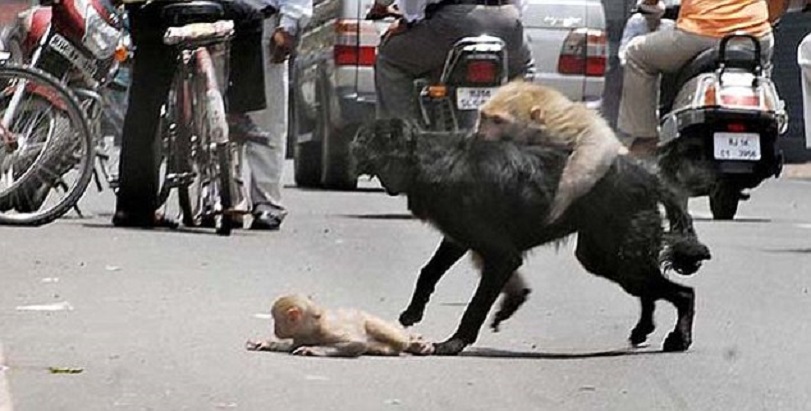 But this is a clear example of the aftereffects of urban development to wild creatures which have lost their homes. 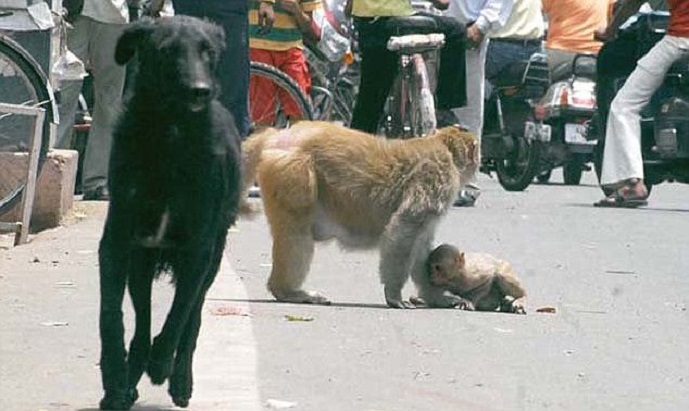 These monkeys are usually found in the streets in India, searching for food. When they are wandering across the streets, the risk of getting hit by the vehicles is very high.

Students in Philippines need to plant 10 trees if they want...