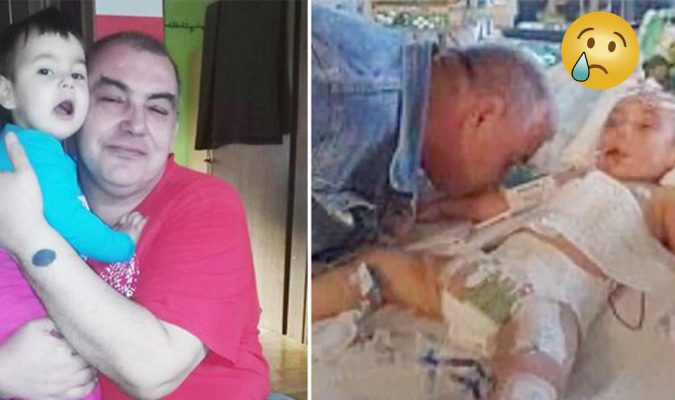 A dad in Slovenia had to bid a tearful goodbye to his precious young daughter in 2016, after she was hospitalized, sustaining fatal injuries inflicted by her mom and her mom’s boyfriend.

Senad Kardasevic kissed his 2-year-old daughter goodbye as she lay dying in a hospital bed after his ex-wife and her boyfriend sent the child to the hospital with fatal injuries. His daughter, Arina, passed away two days later.

Arina’s mom, Sanda Alibabic, and her mom’s boyfriend, Mirzan Jakupi, were arrested by the police after doctors suspected they had beaten Arina to death at the home where the young girl lived.

Kardasevic was going to visit Arina when he received a phone call from a doctor, informing him that Arina was in the hospital’s intensive care unit. Alibabic, however, had called an ambulance and told paramedics that her child ran into a radiator, which resulted in a severely swollen face, broken bones, and a bruised body.

As the incident was broadcast, people were shocked at a photo showing Kardasevic crying by Arina’s bedside as she lay on the bed, tangled in wires.

According to Liftable, Kardasevic took to Facebook, asking for more awareness of child abuse, as he had previously noticed bruises on his daughter after she moved in with Alibabic and Jakupi. He reported it to the local child protective services at the time, but with no evidence of abuse, the case was dropped.