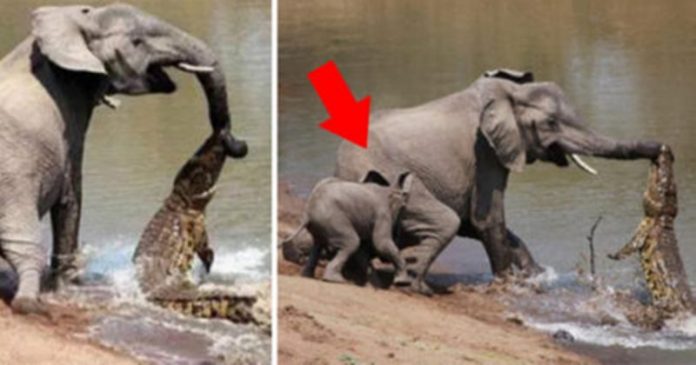 A mother elephant brings along her calf to the river for drinking water but is attacked by a crocodile. When she lowers her trunk, a crocodile hiding in the water leaps out and attacks her by biting her trunk firmly. 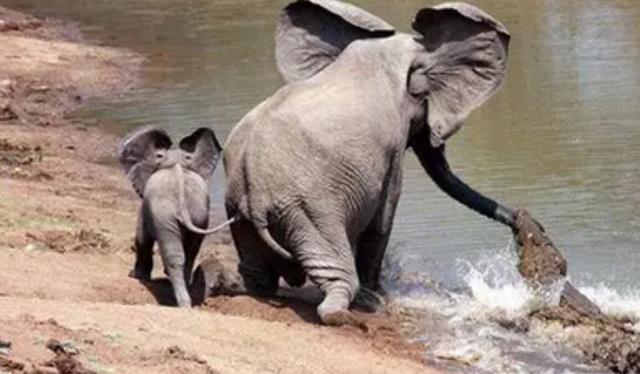 While fearing that the mother elephant will die this time, the baby elephant does something incredible unexpectedly to save its mother …

The hungry crocodile is determined not to give up its chance for a big feast this time. No matter how the mother elephant shakes its trunk back and forth in an attempt to dislodge the reptile, it still grabs her trunk firmly between its jaws. 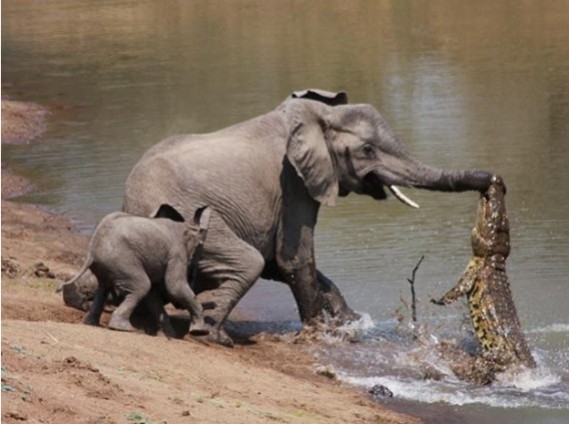 In this life-or-death fight for survival, even though the crocodile is pulled out of the water, it stills clamps firmly on to the mother elephant’s trunk. 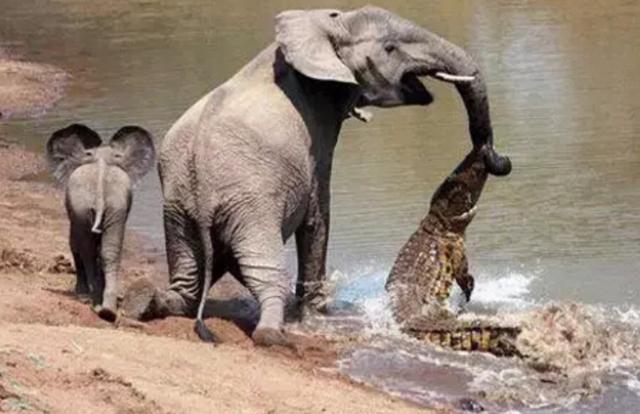 At this time, the baby elephant gets a brilliant idea and comes quickly to its mother’s rescue! 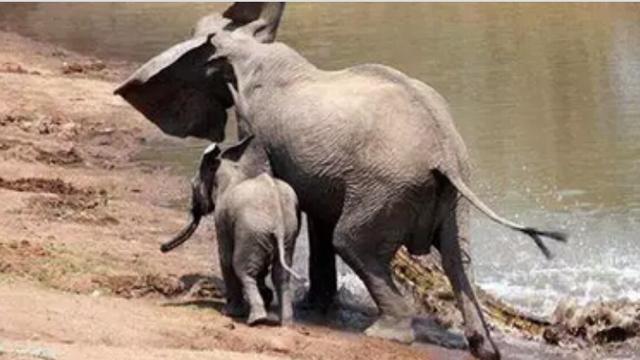 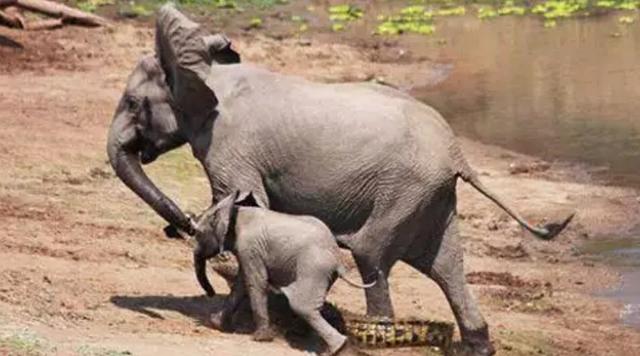 It jumps on the crocodile and puts all its weights on the reptile! 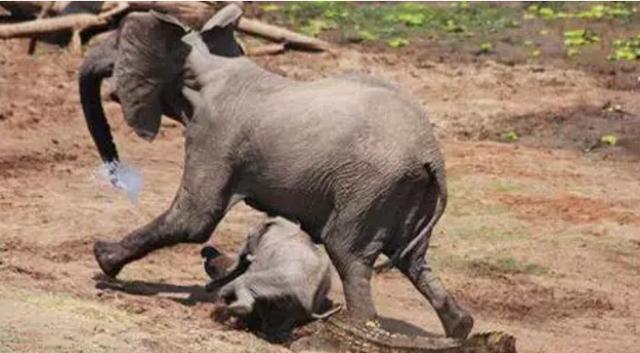 At the end, by the wit of the baby elephant, the mother elephant manages to escape and save her life. What a clever baby elephant! Well Done!