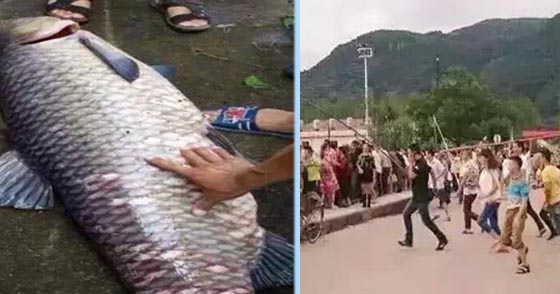 Due to a typhoon, a dam in Zhejiang province, China, suffered major spills for the first time since 2007. Fishes living in the dam were washed up and attracted hundreds of nearby villagers to the area to catch them. Local police officers were sent to the area to maintain order and a cordon was set up. 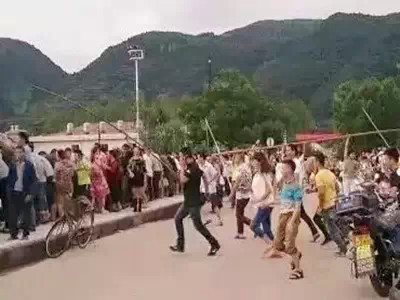 According to a villager named Mr. Gu who was on the scene at that time, nearby villagers flocked to the area and the crowd built up quickly. Some of them even went down to the riverside to catch the fishes. He estimated about 200 to 300 people gathered there and said it was quite a chaotic scene. Some fishes that were caught weighed over 50 kg, and there was a particularly big fish weighing over 90 kg. Only until around 7 pm when the night set in did the crowd gradually disperse.

In the morning, water spilled over the dam and the big fish was slaughtered. 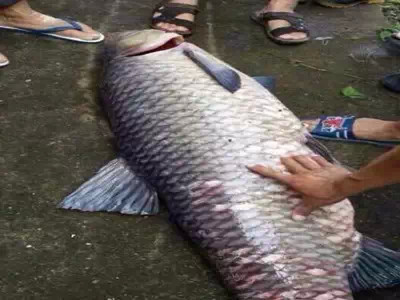 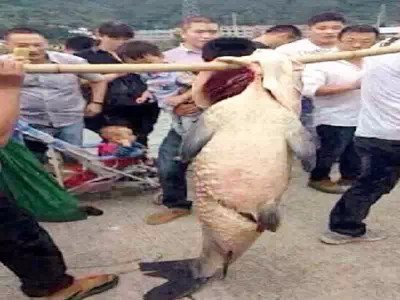 In the afternoon, a rainstorm triggered a landslide and thousands of villagers were blocked.

Roads and thousands of people from 12 nearby villages were cut off by approximately 1000 cubic meters of rock and debris that came down from the mountain. 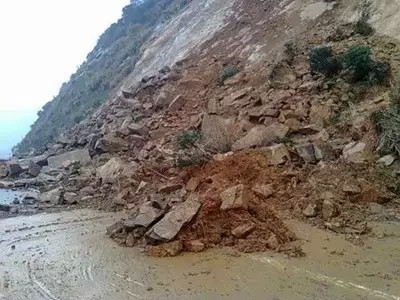 On the side of the mountain where the landslide occurred, a shape resembling a fish appeared.

Someone took a photo of the fish-like shape on the mountain by accident. It is shockingly similar to another photo where the large fish was pierced through its mouth with a bamboo stick and had a cut wound on its stomach. 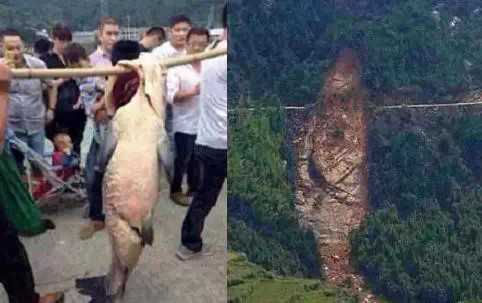 Could this have been a revenge from the fish spirit?