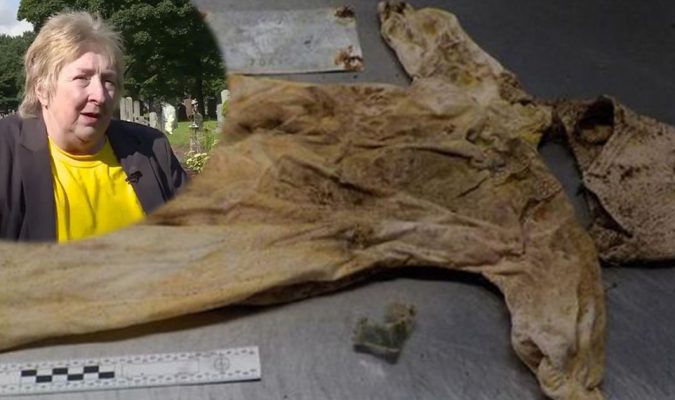 Since the death of her 7-day old baby, Garry Patton, on July 1975, Lydia Reed has never stopped searching for the truth behind his death. She was heartbroken when confronted with a shocking discovery made by exhuming his grave.

This mother in Scotland was left devastated when she discovered that the body of her baby was not inside the exhumed coffin.

Lydia claims that on the day her baby died, she asked to see her son at Edinburgh’s Sick Kids hospital but she was shown a child that was not her son.

When she questioned the identity of the baby, she claims the hospital told her she was suffering from postnatal depression.

With doubts that never stopped haunting her, Lydia requested a court order for an exhumation on her baby boy’s grave in Edinburgh, Scotland.

She was shocked to discover there was no body buried in either coffin or grave.

She said: “Ultimately there is only one possible logical explanation and that is that the body was not put in that coffin.”

Now 68, Lydia Reed suspects that the organs of her baby boy was removed without her consent as the 1970s till 2000s were rife with scandal of organ selling but has no evidence to back these charges.

Scottish authorities were forced to admit the prevalence of organ harvesting and selling during those times when it was revealed that human organs had been collected at Alder Hey hospital in Liverpool.

Around 6,000 organs and human tissue had been collected and kept by hospitals in Scotland, most of them taken from babies and children at that time.

She said: “It is devastating to know that all years I have been coming here to honour my son and he’s not been here.

“He is my son and he deserves the respect of a proper burial.”

“Even if he has been incinerated I want to know,” she said.

Funeral directors Scotmid Co-operative Funerals said as soon as they heard of the allegations they informed Police Scotland.

A statement said: “We also recently met with Mrs Reid and close members of her family to offer our full support in what has been an extremely distressing situation for them.

“We hope that our actions in contacting the police will help give Mrs Reid the answers to the questions she has raised about her son’s funeral.”

The matter has been brought to the attention of the Scottish police and an investigation is currently on-going.

Couple celebrates the first baby girl in the family after 200...