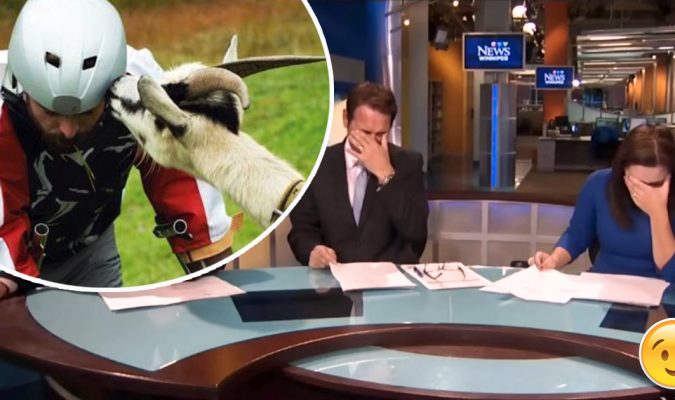 News anchors could not resist from laughing while reading the news on a biologist called ‘Goat Man’.

Tom Thwaites, a biologist, decided that he wanted a simpler life, therefore he made his way to the Swiss Alps to do some research on the environment and wildlife. Surprisingly, he chose a goat as his research subject. 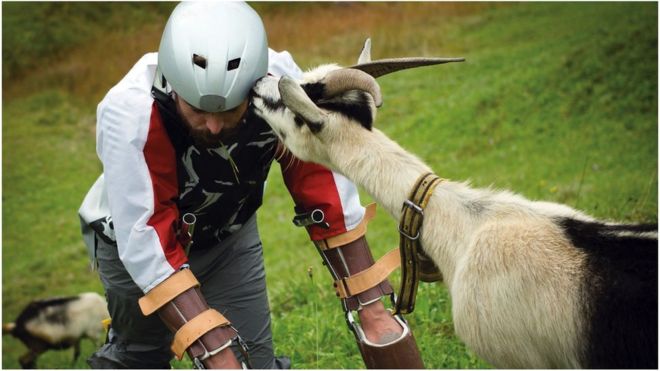 Tom Thwaites spent three days in the mountains to eat, rest and play with a herd of domesticated mountain goats for his scientific studies.

Before beginning the science expedition, he asked Dr. Glyn Heath who is a leading prostheses expert to construct him a special set of goat legs. He convinced Dr. Glyn that the expedition would be a great adventure and that was why he was called ‘Goat Man’.

Tom Thwaites recorded his research and applied for the infamous IG Nobel award (more or less the same like the Nobel Prize). IG Nobel gives out prizes to research that is considered ‘crazy’ but is actually very helpful in tackling today’s world problems.

According to Tom, when he was together with the group of goats, he did the same activities done by the goats like grazing grass and walking. 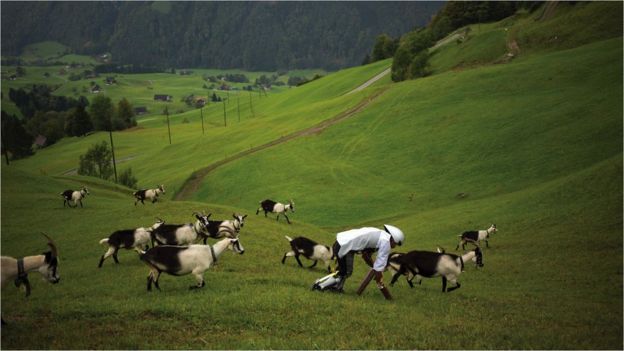 There was one time when he was grazing the grass, some of the goats stopped chewing and he could see that they were approaching him. Tom said to BBS News, “I feel very surprised and feel that the goat wants to gore me.”

Tom did not only walk in a group of goats to know the feeling of living as a goat but he also grazed like how a normal goat would do.

After finishing the research, Tom took home the Biology prize for living in the wild as a badger, an otter, a deer, a fox and a bird.

It may all sound ridiculous and does not make sense because he was willing to be a ‘goat’ for the sake of making his research. One may not be able to stop laughing when knowing the whole story. 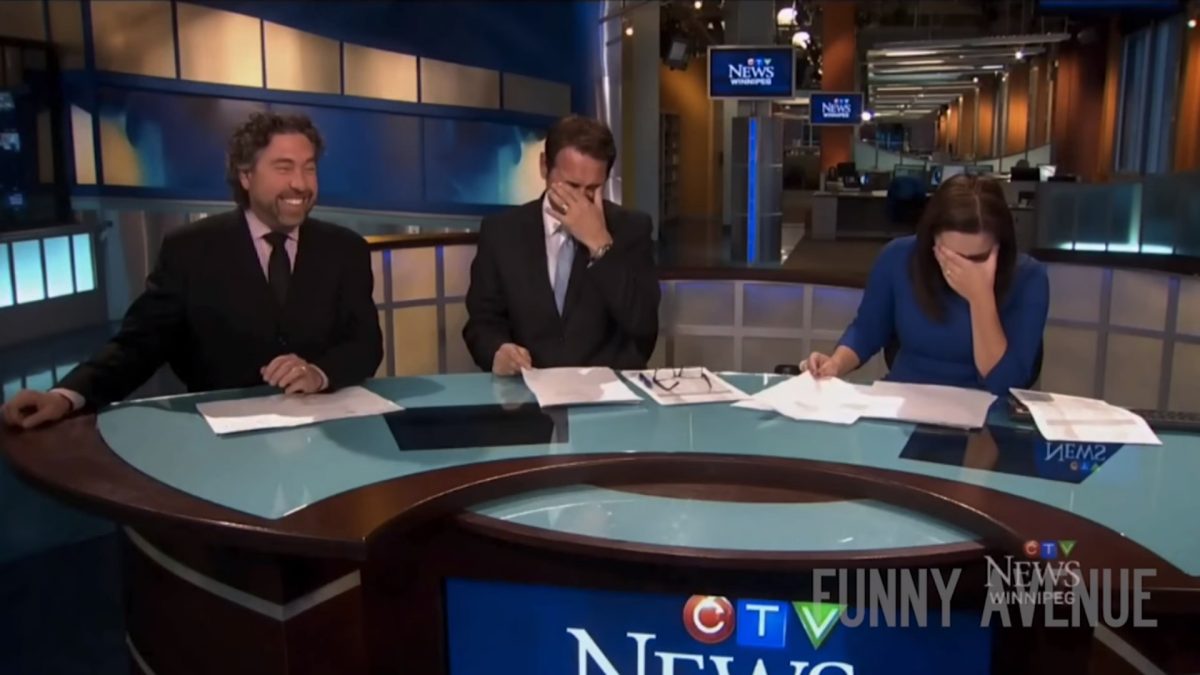 This was what happened to the news anchors who covered the Goat Man’s story when they could not stop laughing during a live recording.

However, do you notice how important it is for the world to have someone like Tom? Although he was named Goat Man but his research has solved some of the problems occurred in the wildlife world that no one knew or perceived in general.

Congratulations and thanks to Tom for contributing useful information to the world about wildlife.