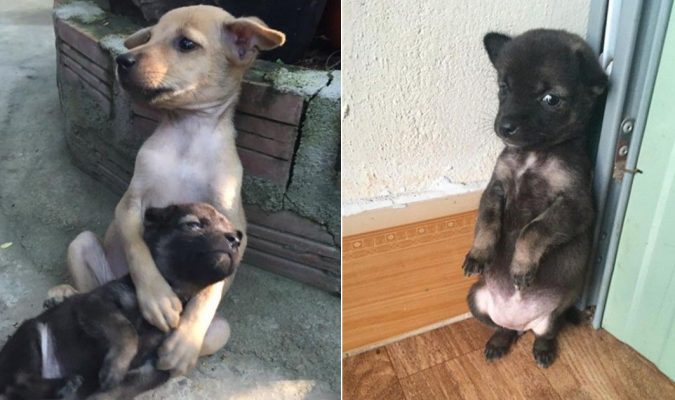 A pair of stray dogs were allegedly rescued in Vietnam by a monk of Bao Hao Son Temple in Khanh Hao Province.

Even after they were rescued, they simply wouldn’t stop hugging each other to feel secure and safe in the temple.

The two puppies look lost, confused, sad and helpless. The two pups hug tightly to each other on the city streets. 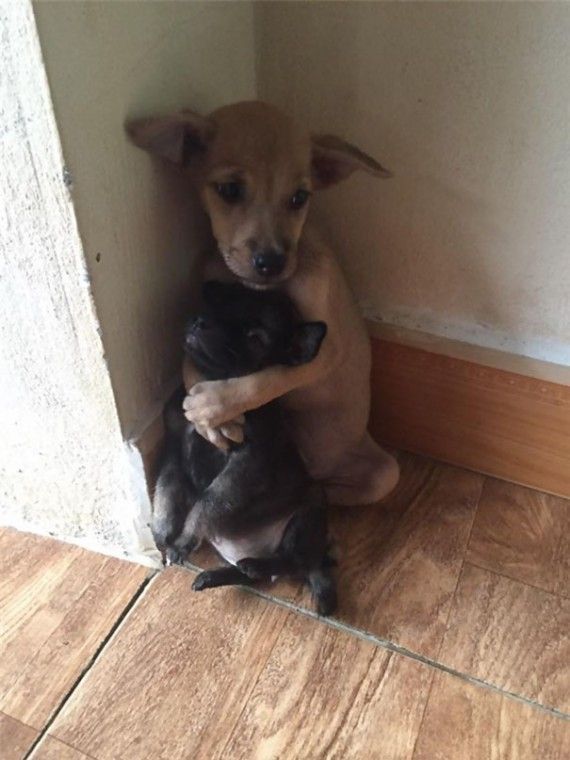 The larger pup can be seen hugging his smaller friend in his paws, and both of them look very nervous and it seems like they have been through some terrifying incidents. 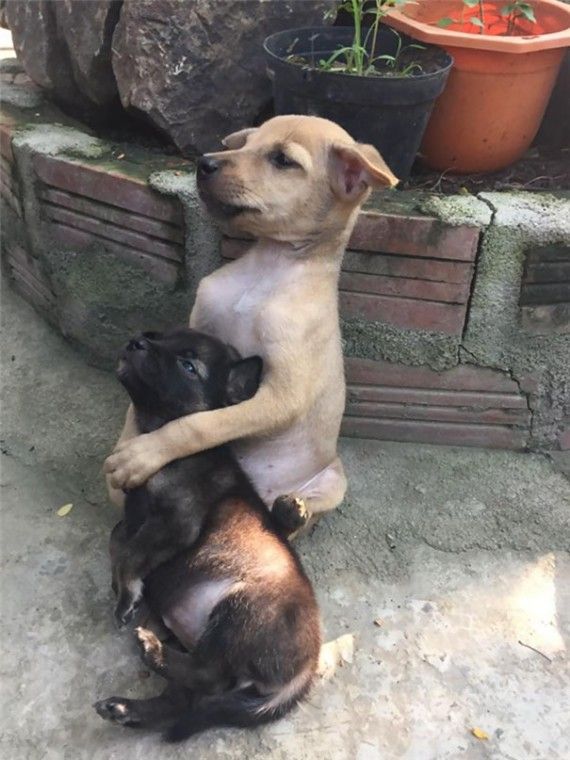 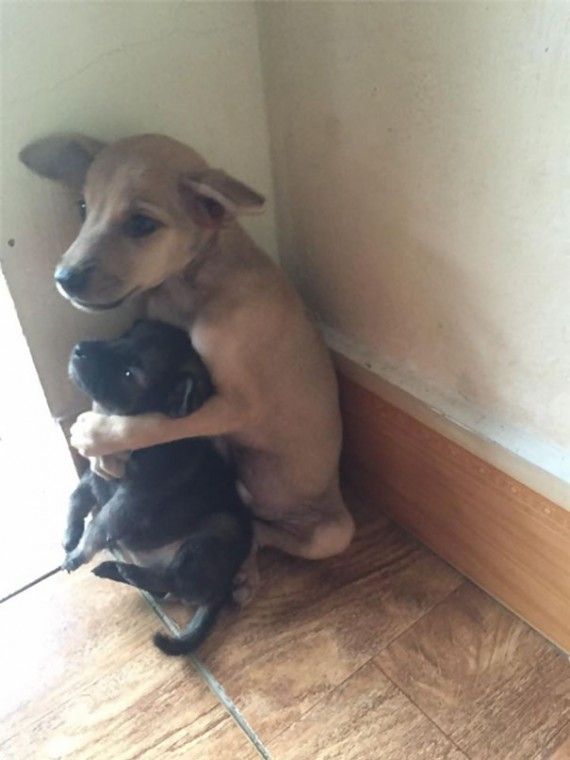 Some social media users noticed the puppies sit or stand in abnormal posture and suspected the little dogs were injured or handicapped to some extent. 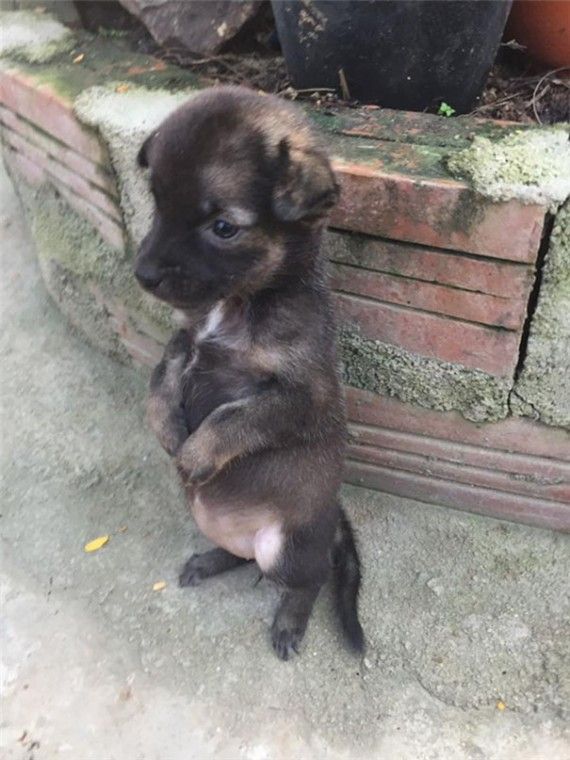 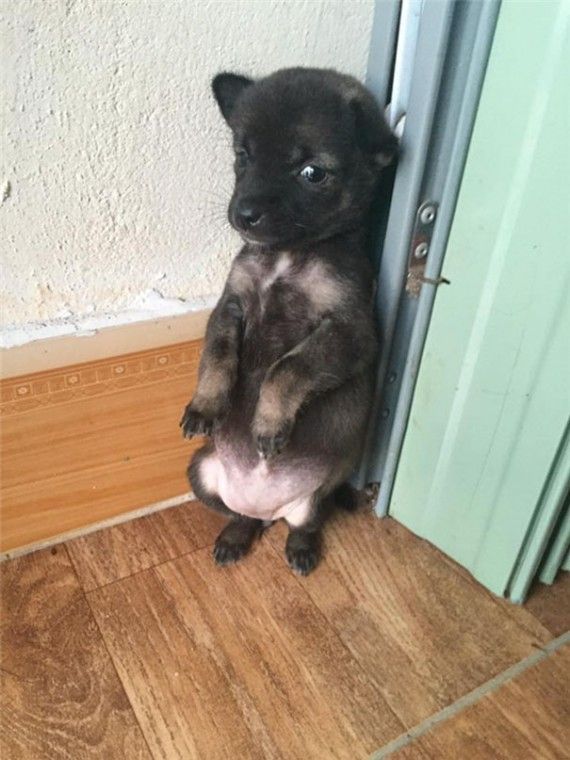 Some said the puppies are actually meditating because the monk taught them. 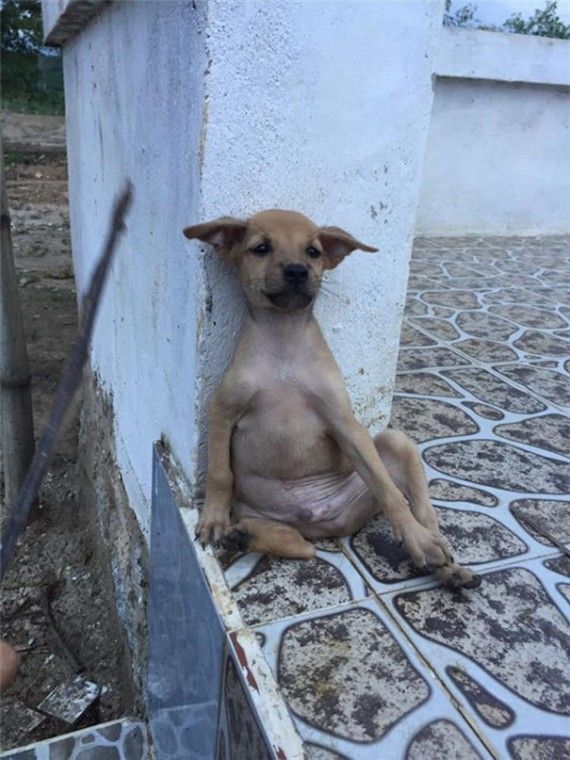 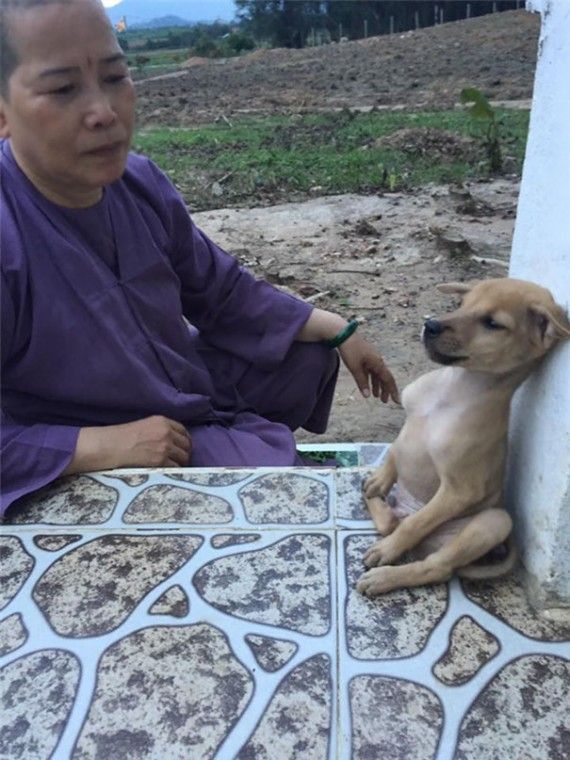 Anyhow, fortunately they can depend on each other to keep themselves feel safe in this dangerous world. No matter what horrible experience they had been through, hopefully they can continue to live happily under the care by their new owner.